Disney Cruise Line officially made the call to spend an extra day at sea on December 3rd instead of visiting Tortola during the Disney Magic’s December 1st, 5-Night Eastern Caribbean Cruise from San Juan to Miami. We first learned that this was a tentative option last month. In mid-October, Disney Cruise Line alerted guests booked on the sailing that this change may occur as it was too early to determine if Tortola’s recovery efforts would be complete at that time. Today, however, we received a tweet from Mark Bell who was informed of this change from DCL’s shoreside concierge.

The revised itinerary, as it appears on DCL’s website is as follows: 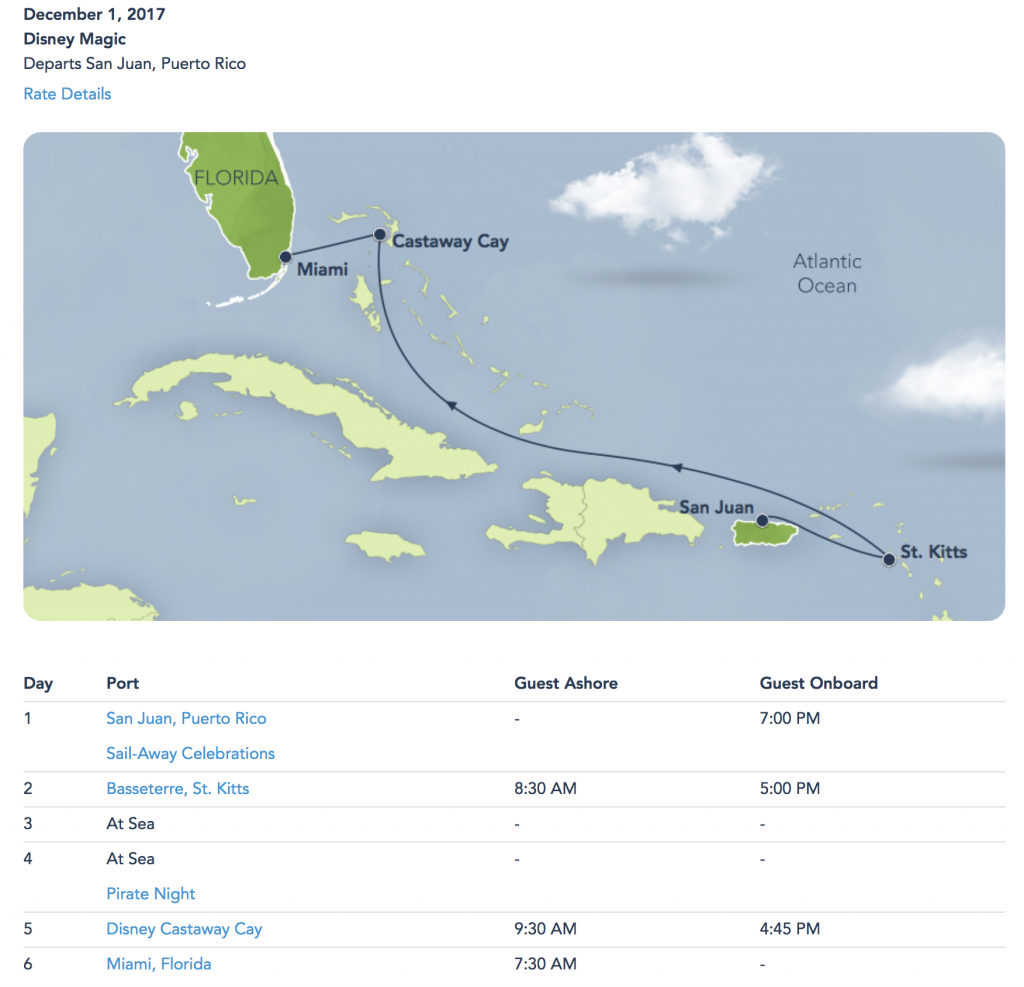