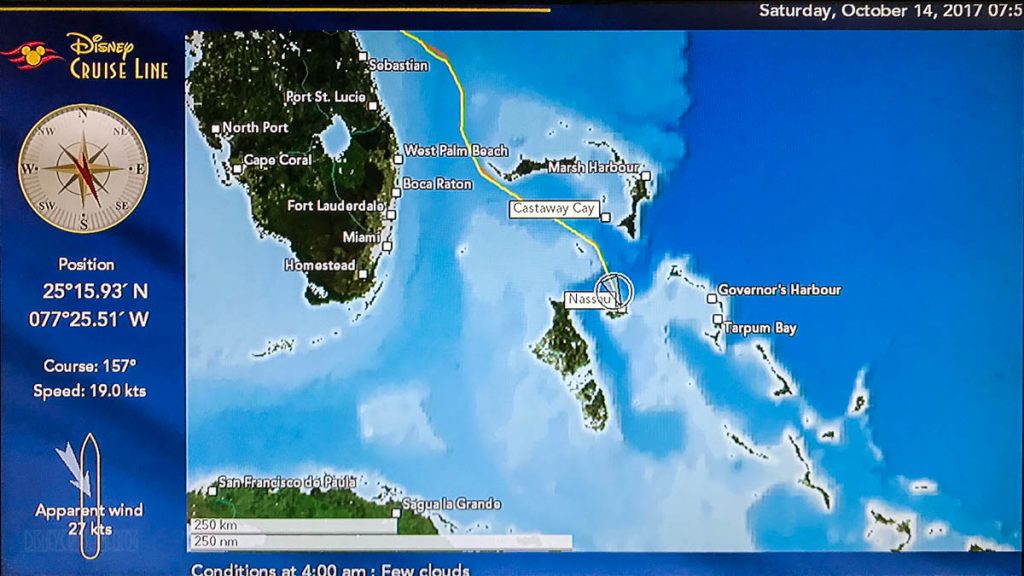 Our first full day started off with our my new normal that was established over the summer in Alaska. 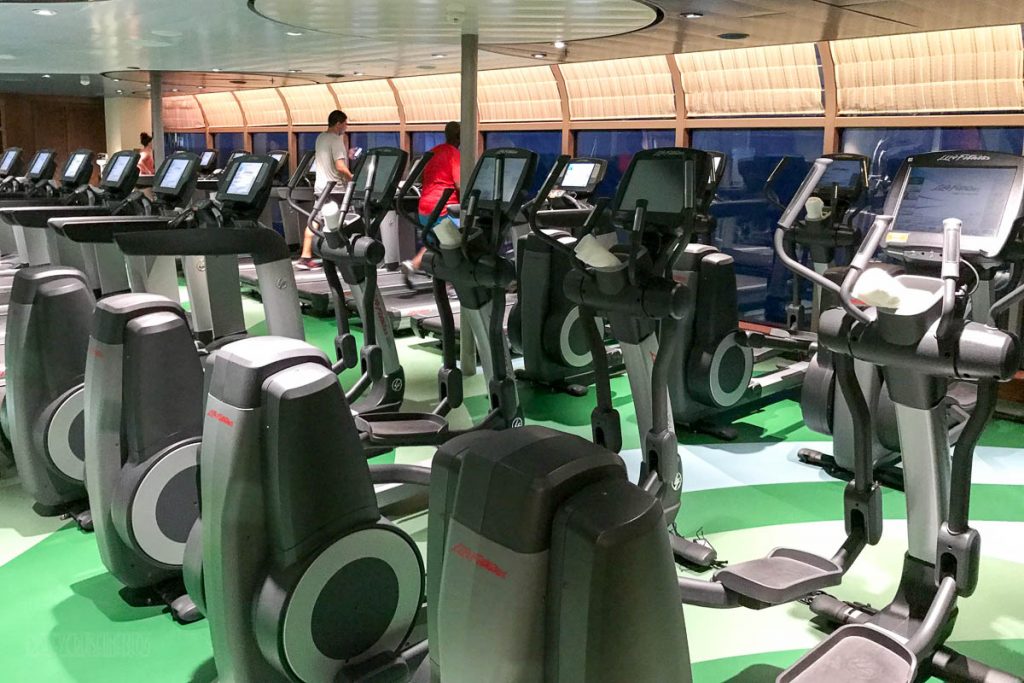 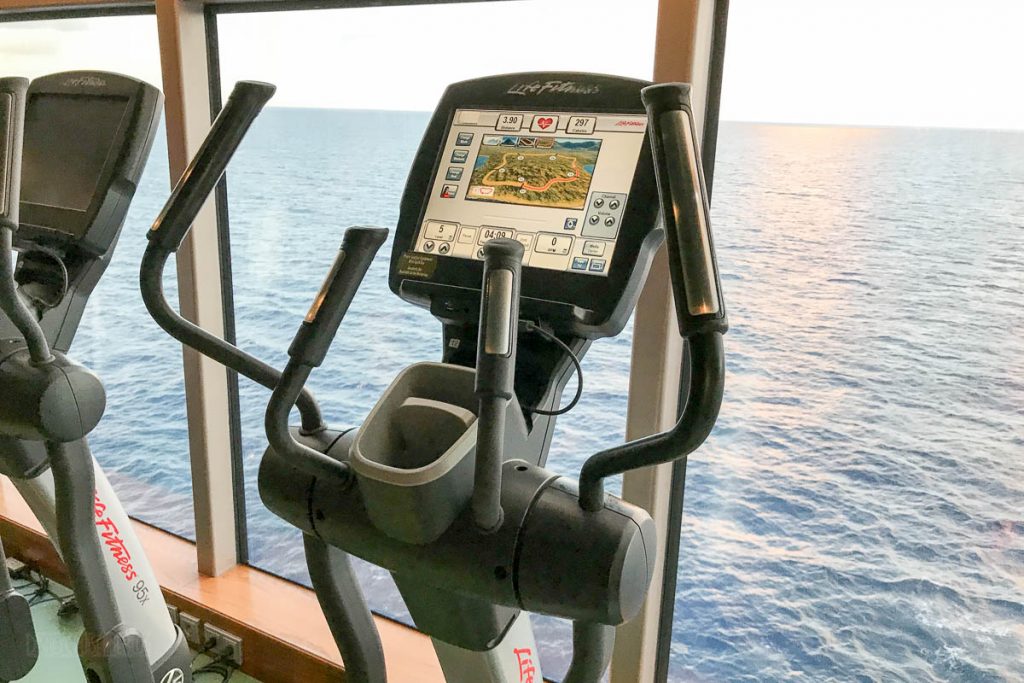 I headed to the gym for a date with the elliptical and Emily ran 10 miles on deck 4. That is 25 laps if you were wondering. My first thoughts on the Dream’s gym was… this is really pathetic compared to the Magic & Wonder gyms. I found it hard to look out the window 90 degrees to the direction the ship was traveling. The locker room was also not as nice as the counterpart on the Wonder. Anyway, after our workouts, we met back up with Isabelle for breakfast in Cabanas. 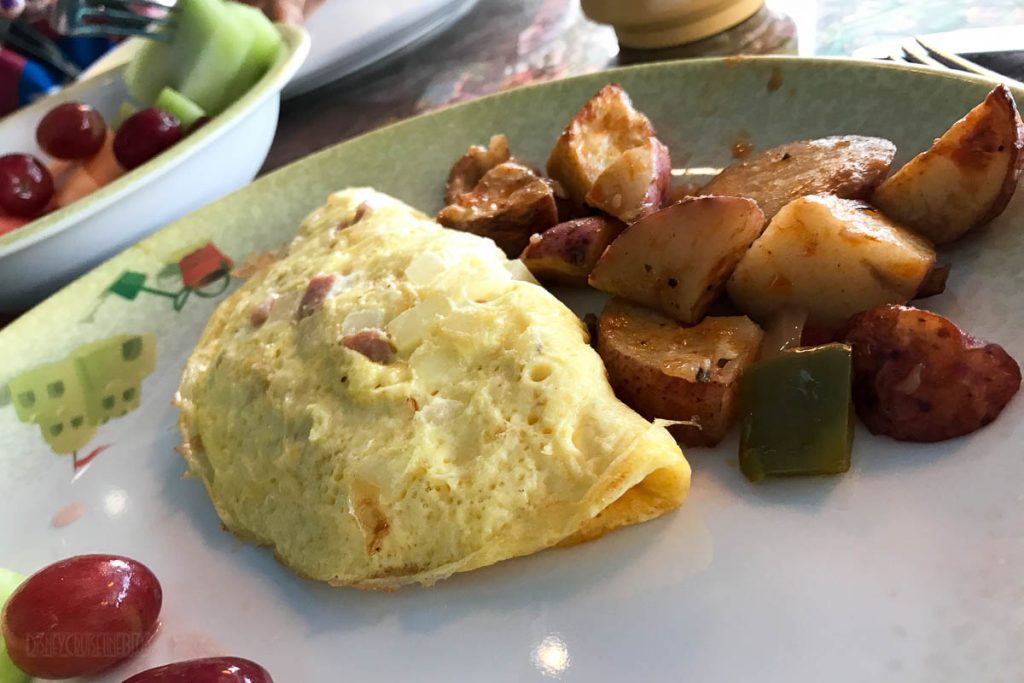 It was shaping up to be a typical sea day for the Sanders. Basically, today is not all that exciting to read about, but it was relaxing. 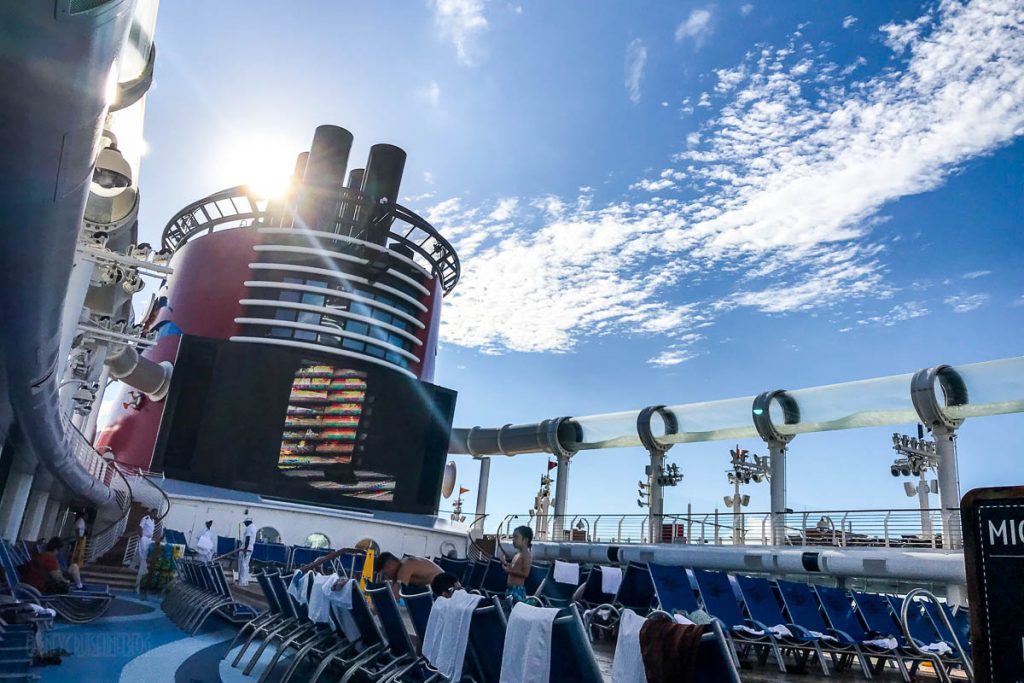 We found our favorite poolside spot open and spent the majority of the morning watching Snow White and Hercules on Funnel Vision, and reading while Isabelle enjoyed the pool deck and slides. I will not go into to detail, but there was a medical emergency on the pool deck and we were really impressed with the response by the cast and crew, especially how they formed a human wall to maintain privacy for those involved. Although, that didn’t stop some guests from going up a deck for a bird’s eye view.

Lunch was a sampling from the various locations on deck 11. Isabelle finally tried sushi 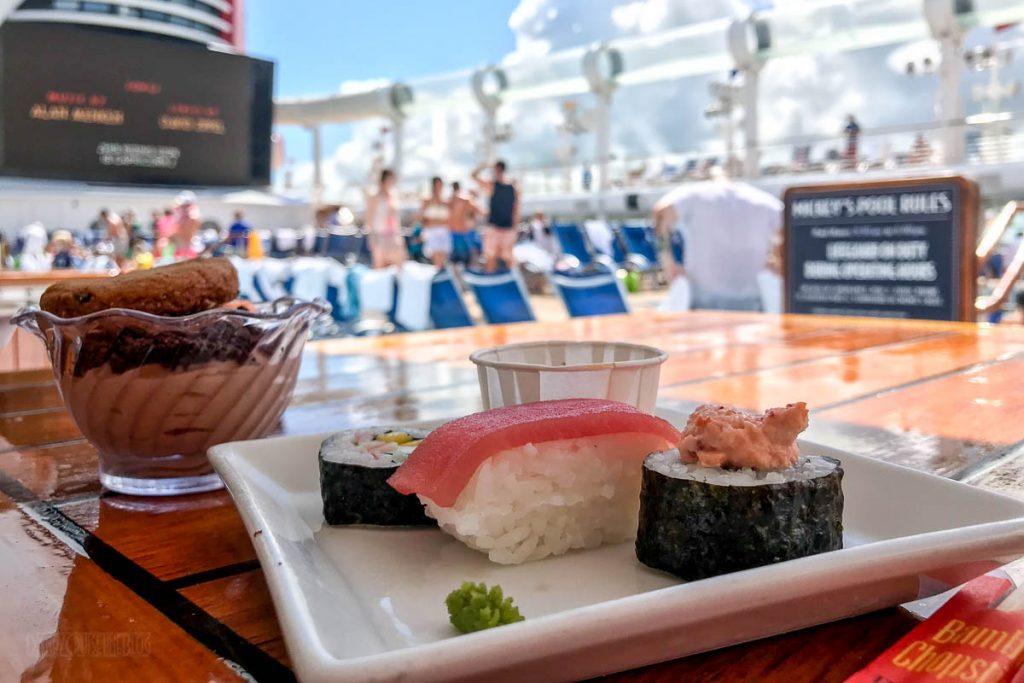 After lunch, we had a tee time for putt putt. 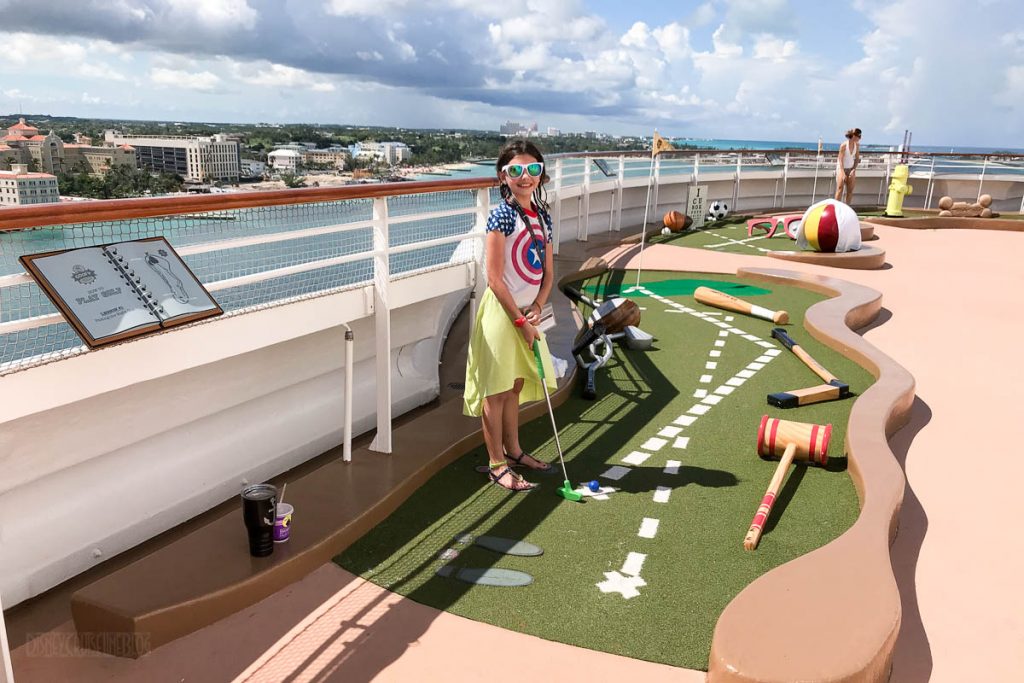 We are big college football fans, Isabelle included. After spending the morning poolside, we retreated to the room to watch some of the afternoon games. Between ABC, ESPN, and ESPN 2 we had more than enough to keep us entertained.

Isabelle changed into her Princess Leia costume and bolted off to the Oceaneer Club to fly the Millennium Falcon since we had some time before Mickey’s Mouse-querade Party. 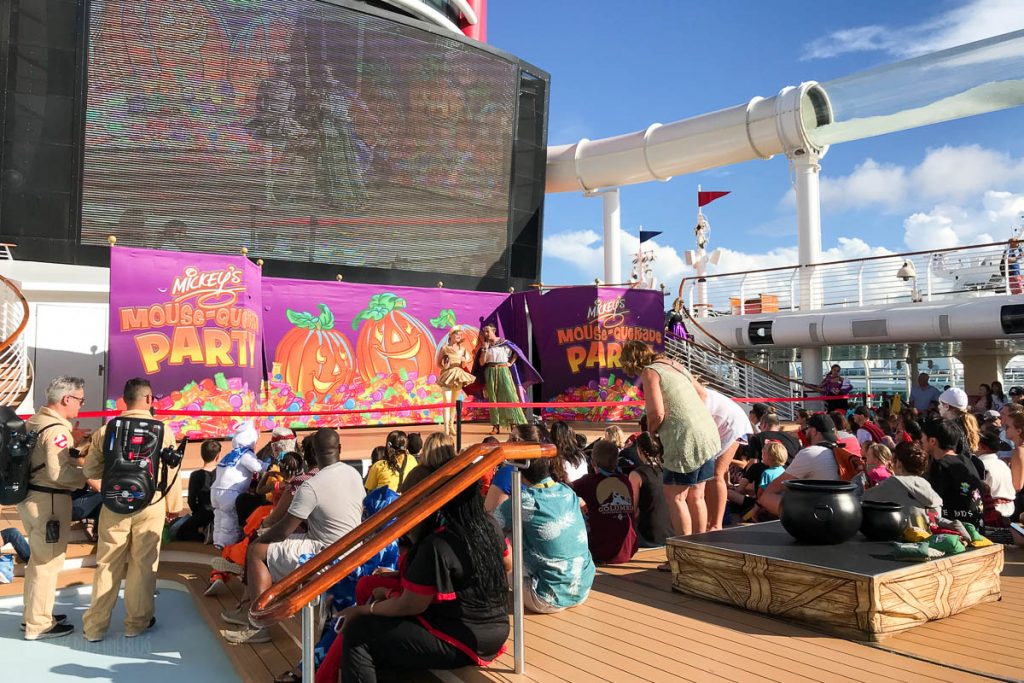 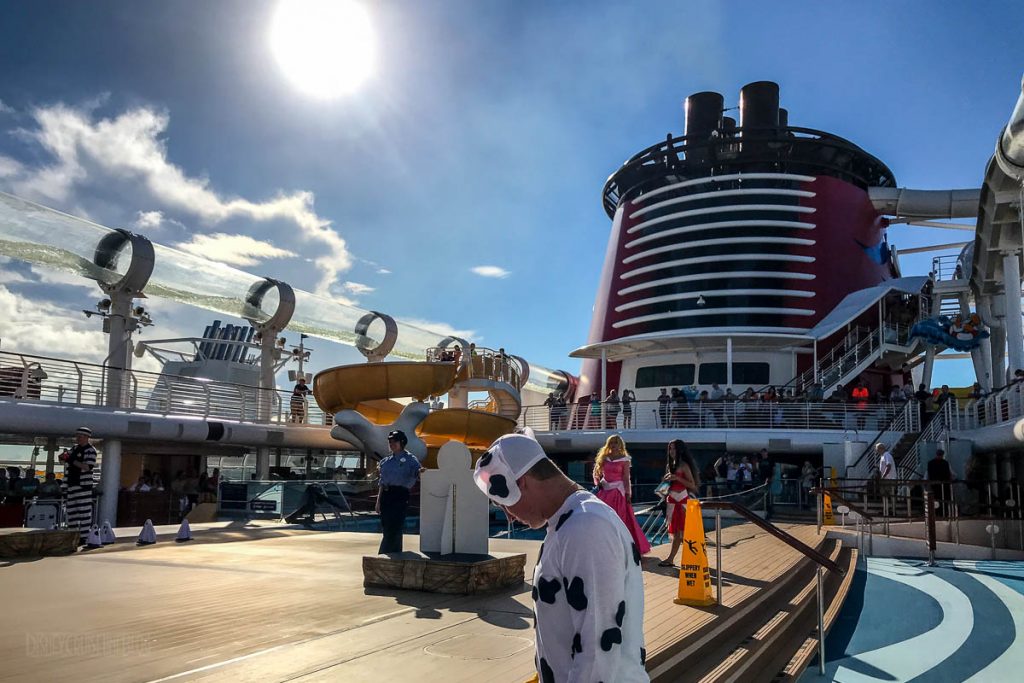 Dance party + costumes + full sun + humidity = bad idea. Not to mention, this resulted in the Mickey and Goofy pools to be closed. Anyway, below is a short clip of the dance party.

For dinner, we had a mix of offerings from Flo’s and room service. 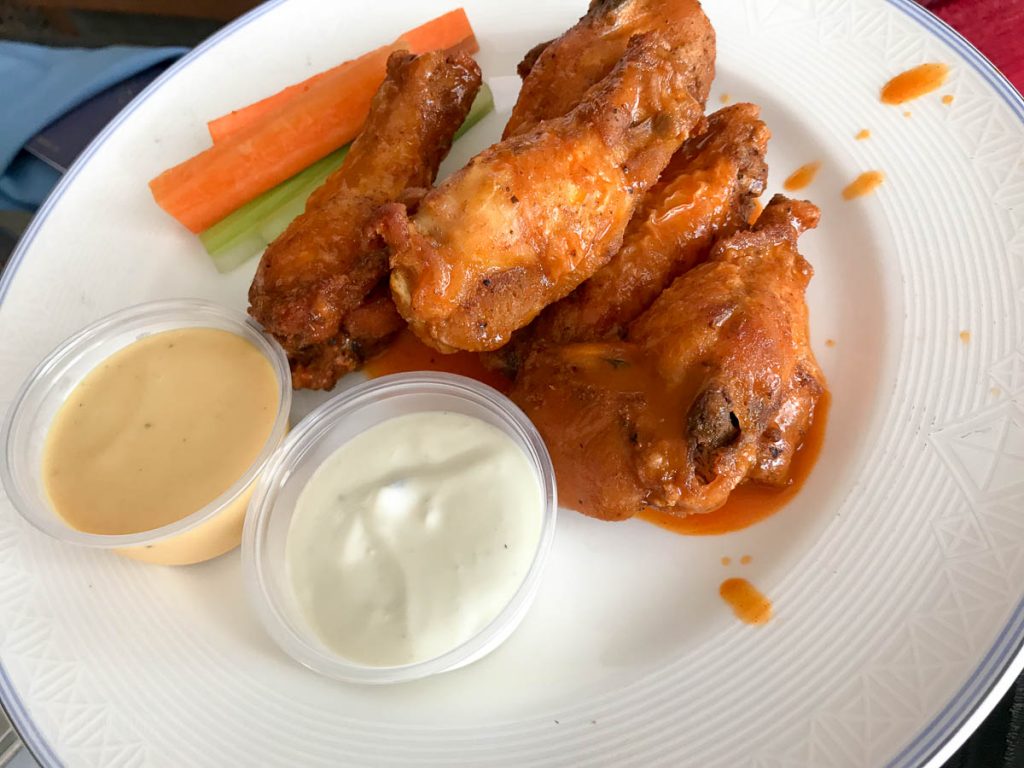 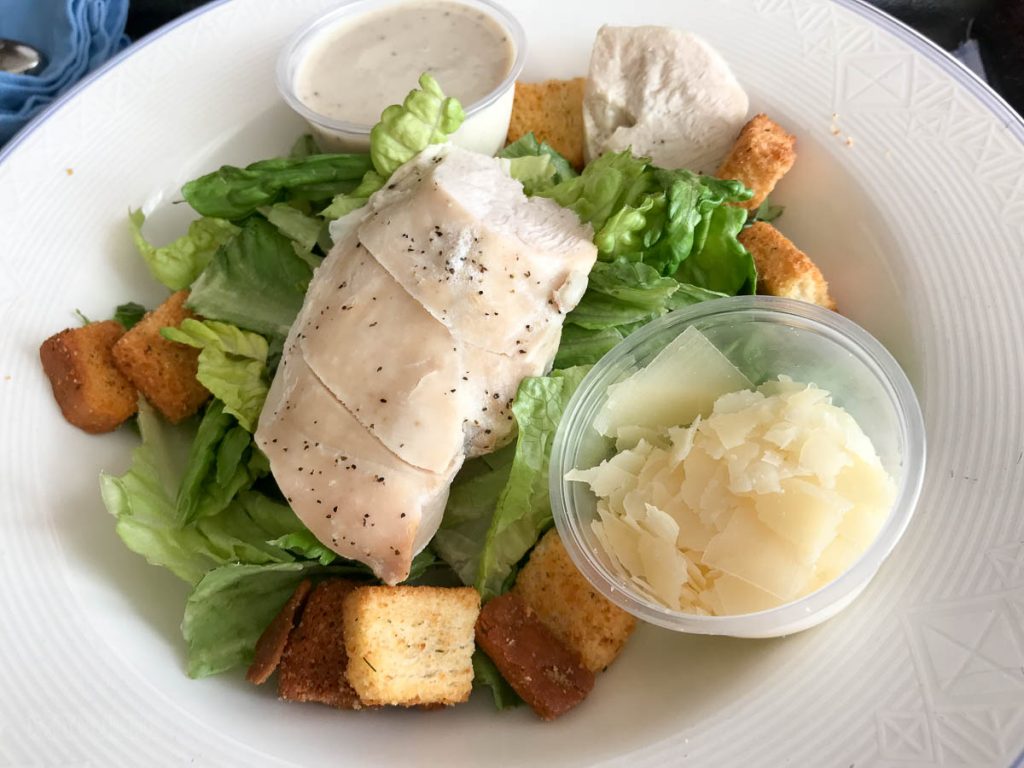 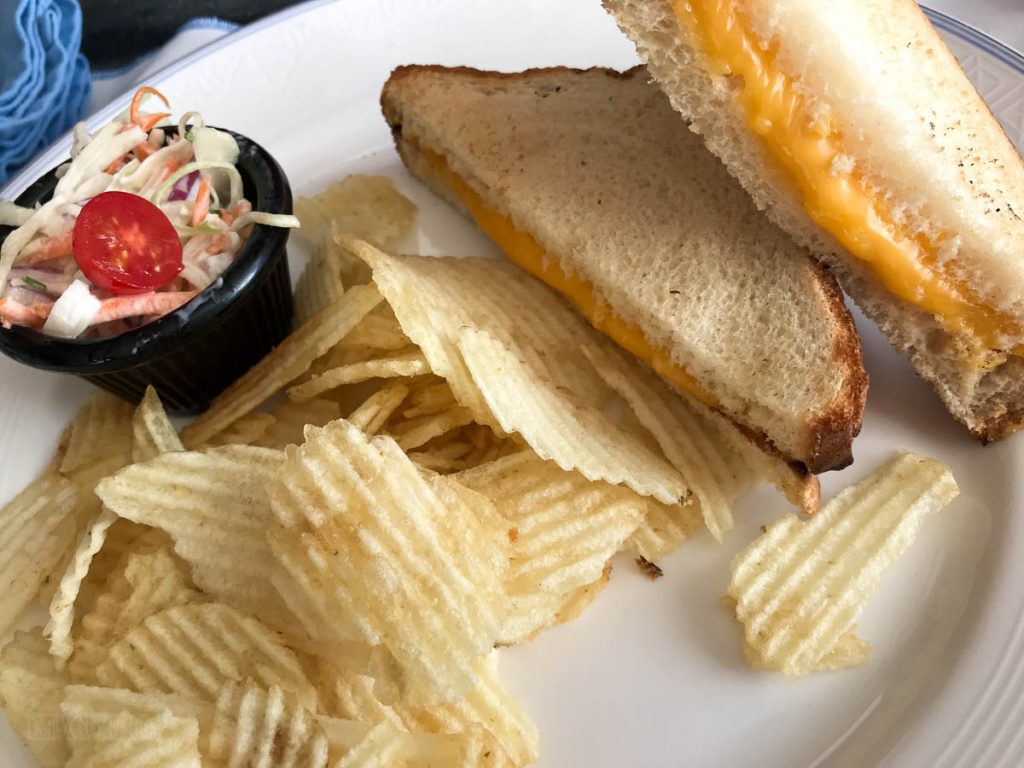 Isabelle returned to the Oceaneer Clab, while Emily and I headed up to Meridian to try our luck with the sommelier bin. We thought that we hit a gold mine in the Cadillac Lounge on the Wonder over the summer, but that was just the tip of the iceberg. Meridian’s sommelier bin offerings exceeded our expectations. 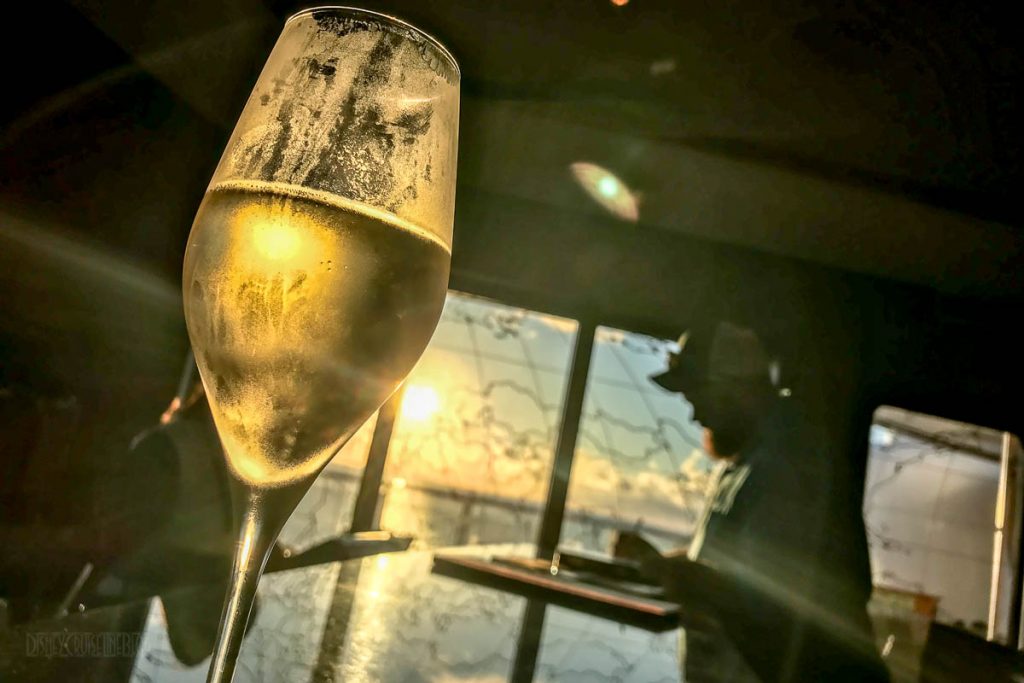 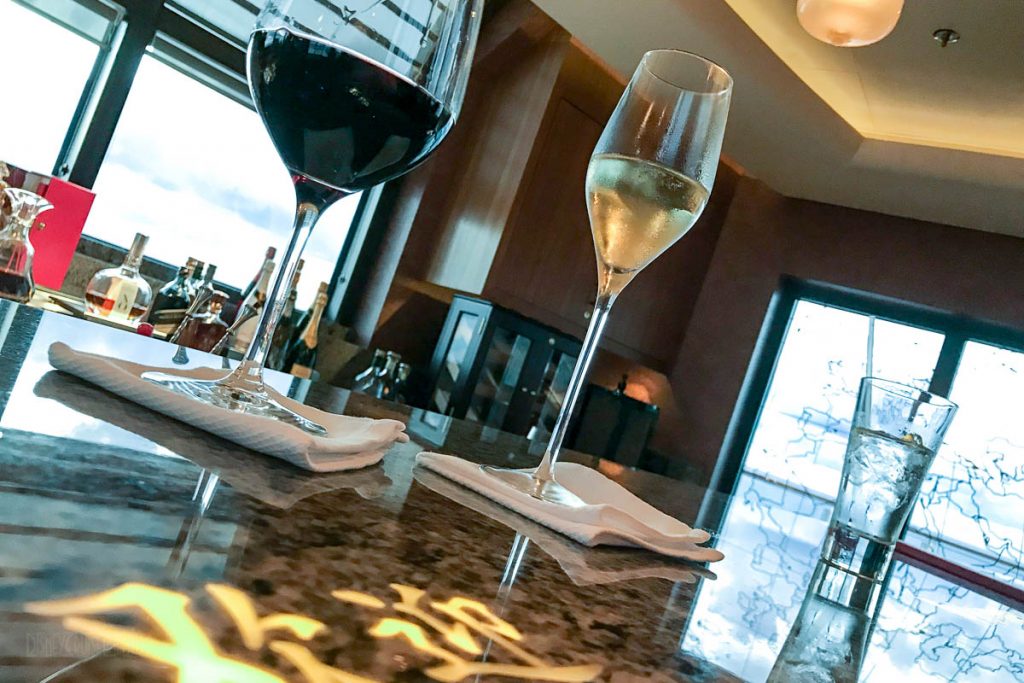 Plus, we had an enjoyable time sitting at the bar and chatting with the bartender, Aleksandar from Serbia. He mentioned that the cocktail menu was changed 2 weeks ago, and that soon there would be a gin & tonic trolley, which was super exciting to Emily (while she prefers gin & soda water to tonic, gin is her spirit of choice).

It was nearing the time for my alma mater’s game to start. It just so happened to be on FS1 and we knew it wasn’t going to be available in the stateroom. We went to 687 where at first the game was not on, but the fine people on the broadcast team dialed it up on one of the ancillary TVs, which was perfect & I was elated. We ordered a hot pretzel which was really good (the accompaniments on the other hand were not) and an IPA and I was all set to spend the next few hours enjoying football and what beer 687 still had available with a respectable ABV. 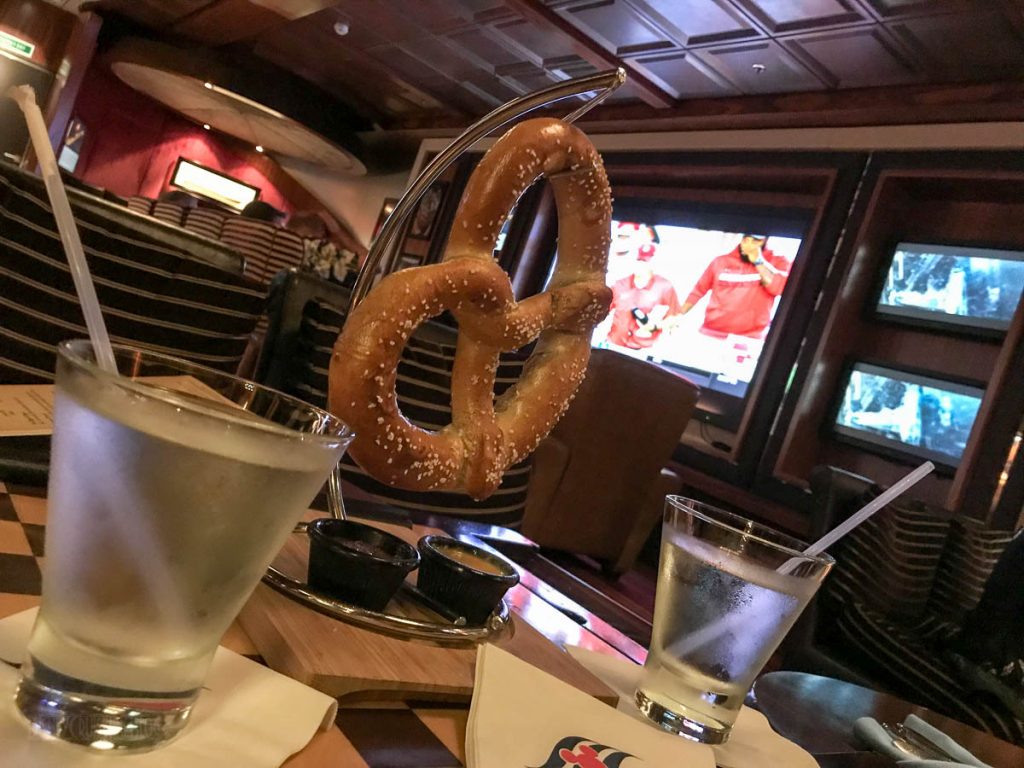 Then, the game disappeared in favor of MLB that was already on a few of the other TVs in the bar. In fact, a number of games shifted to different TVs causing others in 687 to change their seats. After speaking with a crew member, there was hope they’d bring the game back, but the game never returned and a promising bar tab was closed early.

Isabelle was back at the room with her favorite post-kids club snack, parmesan cheese, lavash, grapes, carrot & cucumber sticks. One awesome thing about the Dream & Fantasy is that they have these snacks at the Vista Cafe on deck 4 and not just at the adults only Cove Cafe. This way, after she checks herself out of the kids club, she can grab a snack and bring it back to the room. 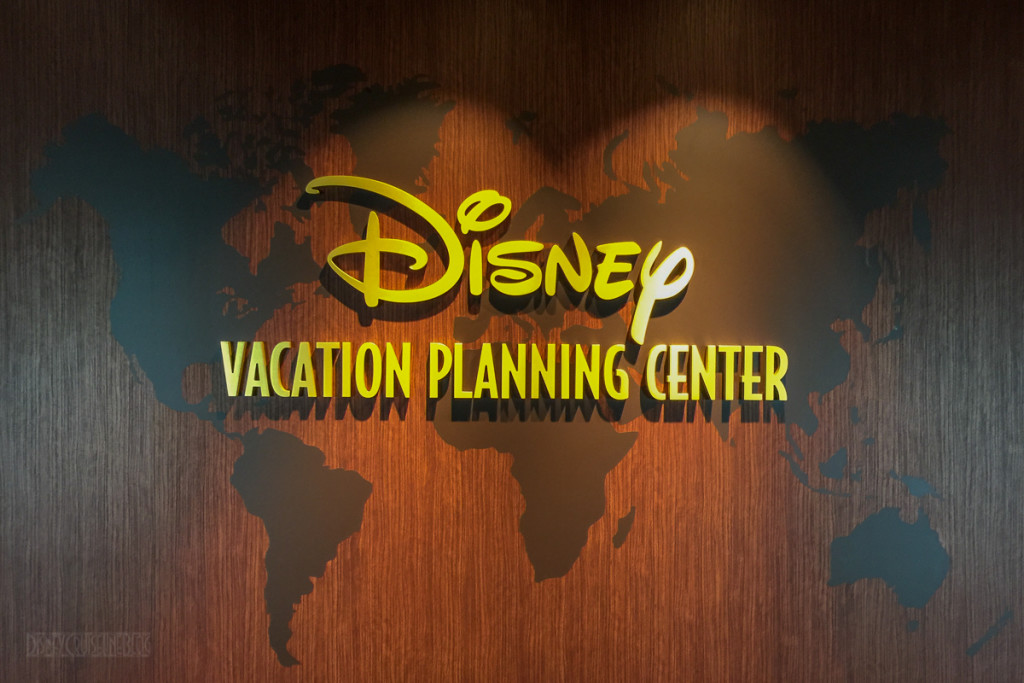 Returning to our room, we discovered that our onboard voucher confirmation was never delivered to our room. Now, we placed this in the box in the Disney Vacation Planning Center (DVPC) room on embarkation day – we do this on all cruises wether we are booking a specific sailing or buying a future cruise voucher. The confirmation is always in our fish outside of the stateroom either the same night or sometime the following day. Emily called Guest Services and was informed that they do not have a phone, as they have to deal with an influx of guests and are unable to accommodate phone inquiries or requests. 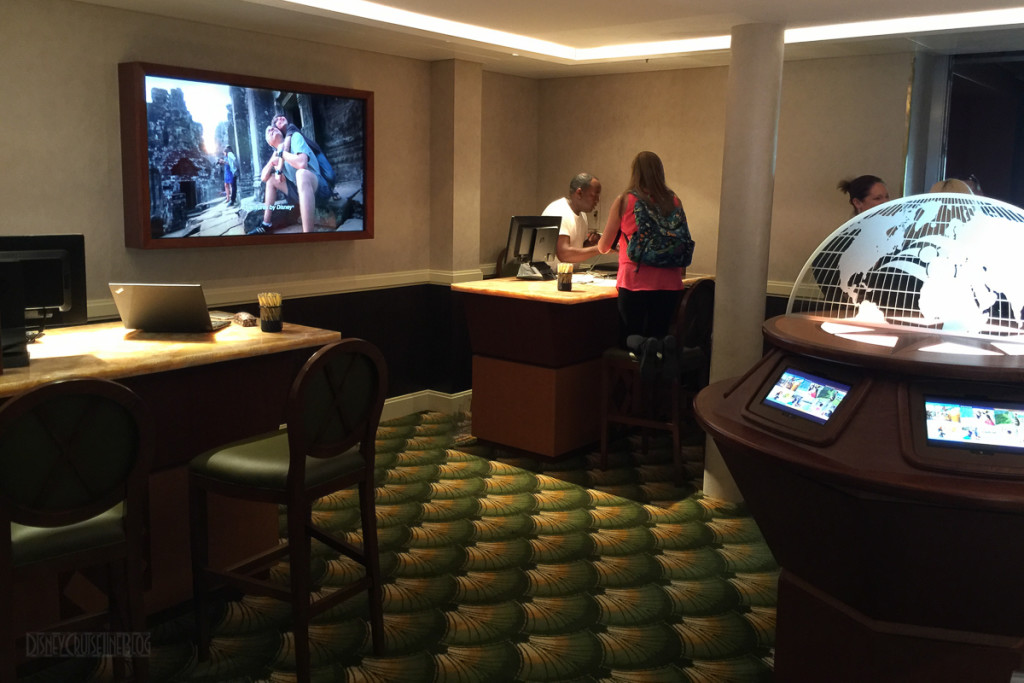 Therefore, I went down to the DVPC room to inquire about our voucher request. At first, I was told that all of the requests that were placed in the box were completed. Not having record of ours, plus neither of us having a confirmation, I inquired further and low and behold he found our request filled out on our travel agent’s pre-printed sheet in a separate drawer at another desk in the room. He was unable to provide a reason as to why it was not processed or why it was not in the stack of requests from the drop box. Frankly, the only difference that I could see between the pile of processed requests and our was that ours was on a travel agent form versus the DCL rebooking form.

I took the issue up with Guest Services as I suspected this was had more to do with us going through a travel agent instead of booking directly with DCL. I’ve spoken to plenty of agents over the years and have heard many a story about how DCL has treated agents over the last few years along with the dwindling commissions at a time when fares continue to climb. Guest Services did note my issue I thought it was implied that they were going to follow up with me, but they failed to do so. We prefer to use the drop box to save us the time of waiting in line to talk to the onboard booking staff, and it has always worked before.

PSA: I highly encourage, that if you use the drop box to rebook or request a voucher, to be sure check on it if you do not receive confirmation within 24 hours. I really hope this was just fluke, but the whole situation smells fishy, especially since we have had agents report that their clients booked on board, but never received confirmations & when they checked with DCL, they were never actually booked. FOLLOW-UP – I checked with some agents at various agencies since returning home… this was not an isolated incident as I was hoping. I was told this has been happening more and more.

It is one thing for DCL to slowly and strategically find ways to cut travel agents out of the equation – agents can simply point guests at another cruise lines, but it crosses the line when these practices intentional or not impact guests who are willing to hand over thousands of hard earned dollars because you don’t want to pay a travel agent for having their client rebook with them while onboard. Oh, by the way DCL, considering I cannot name a new agent/agency when booking onboard then you should automatically associate my agent on file for the current sailing with my rebooking. A guest should not have to to jump through these hoops.

BOTTOM LINE – IF YOU ARE BOOKING ONBOARD MAKE SURE THE BOOKING IS CONFIRMED BEFORE YOU LEAVE THE SHIP AND YOUR TRAVEL AGENT, IF YOU USE ONE, IS NAMED WHEN YOU REBOOK ON BOARD.

And with that, we called it a night. Although, Emily did hear the fireworks from bed. Enjoy the following time-lapse video of the Disney Dream arriving and departing Nassau.