Well ahead of Hurricane Irma, the Disney Dream arrived at Port Canaveral early on Thursday morning to disembark guests from the shortened 4-night Bahamian cruise. 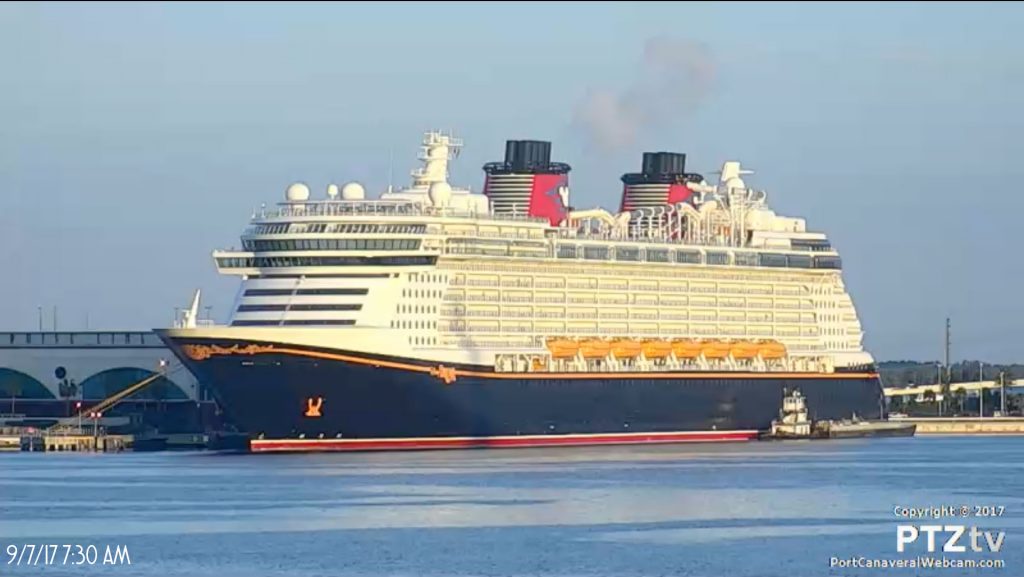 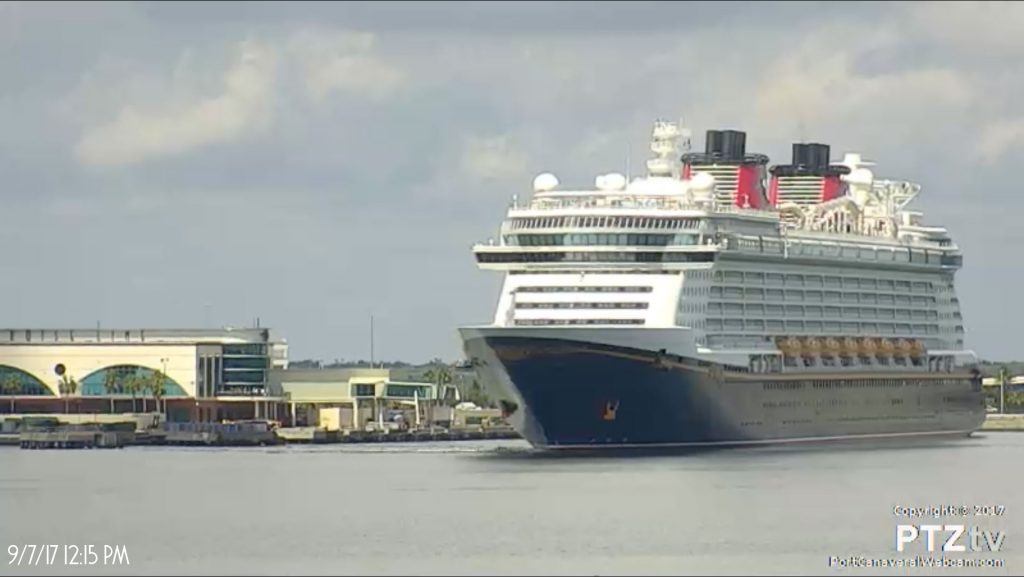 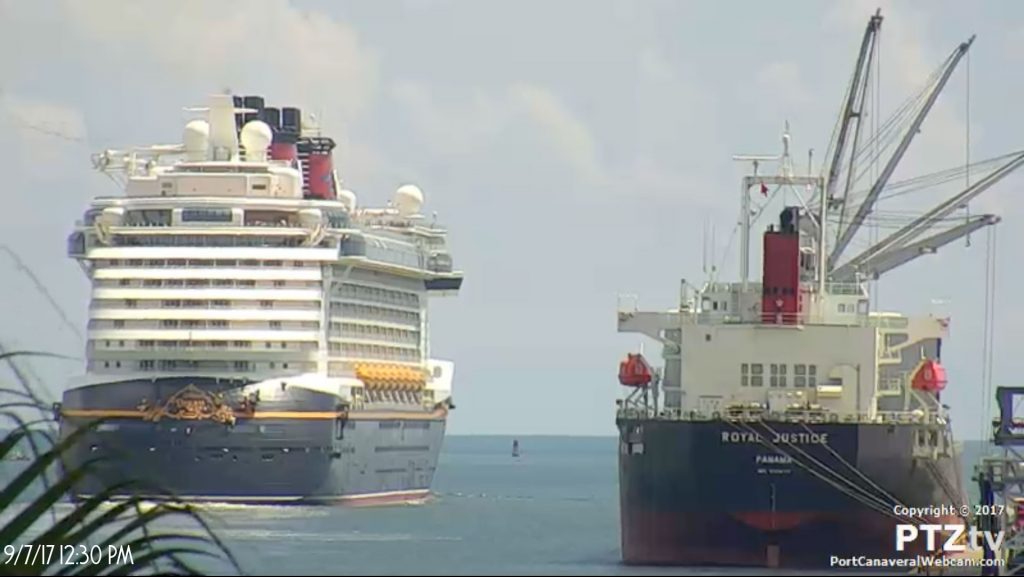 As the Disney Dream was nearing Jetty Park the bridge crew set their destination to Cozumel for September 9th. 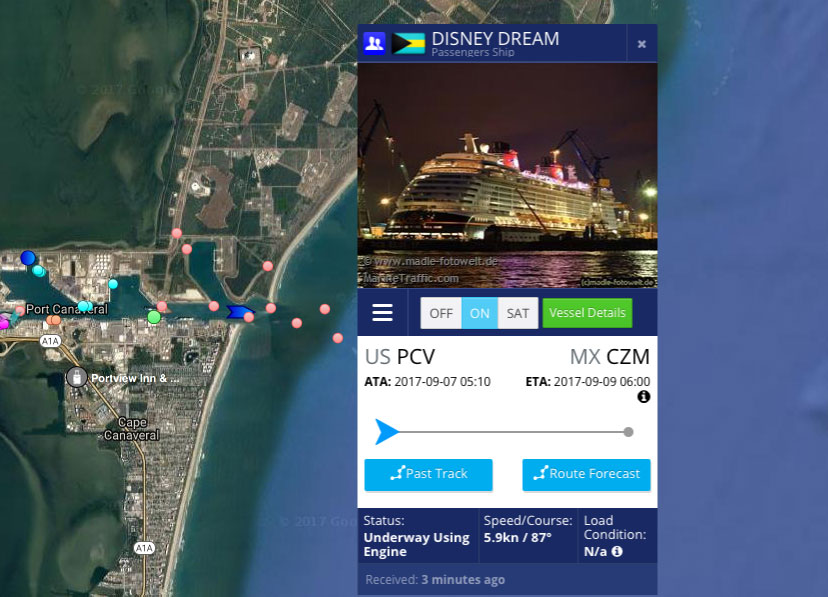 Shortly after, the Disney Fantasy returned to Port Canaveral and to tied up at Cruise Terminal 8 just before 2 PM to disembark passengers from the shortened 7-Night Western Caribbean cruise. 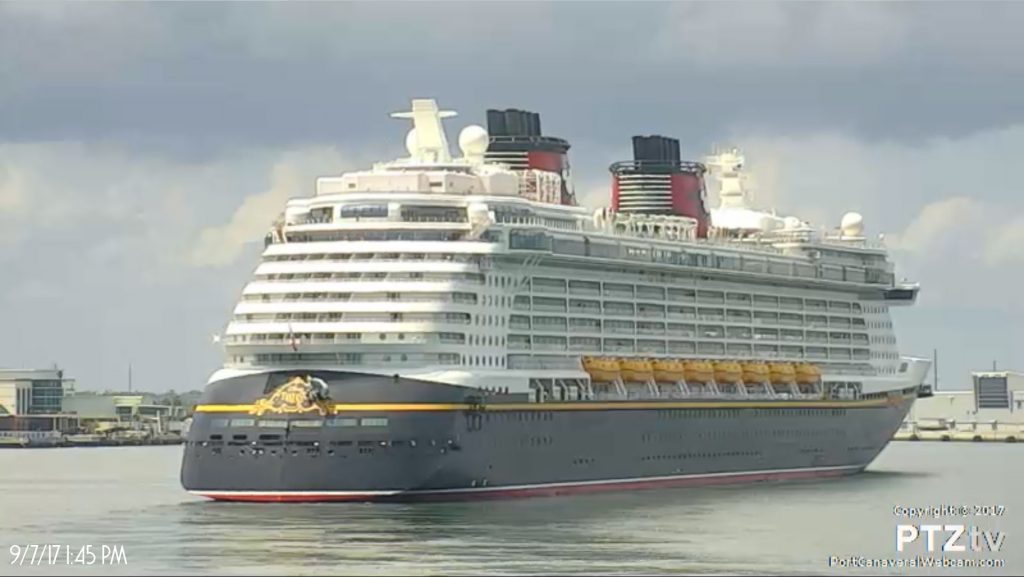 Due to the Fantasy’s later arrival guest were given a partial day navigator with a morning full of events and a letter with current information.

We just left #DisneyFantasy & got on a DCL bus within 15 min! Fastest EVER! They opened both aft and midship gangways on Deck 1! @TheDCLBlog pic.twitter.com/os0tYn9A6I

Around 7PM, after all the passengers disembarked and the ship was resupplied and refueled, the Disney Fantasy dropped lines to depart Port Canaveral. 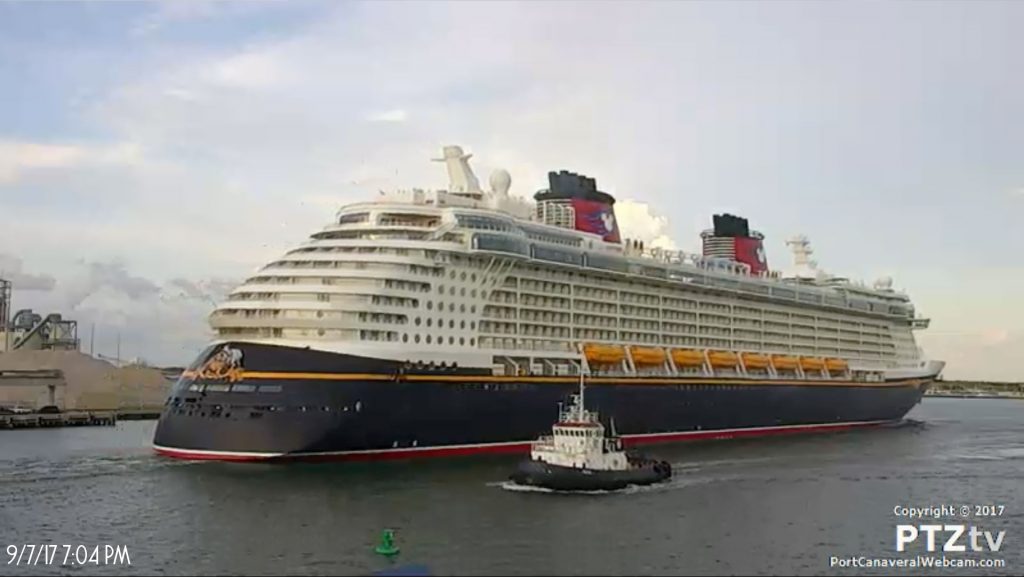 As the ship sailed away, the destination was update to Cozumel. 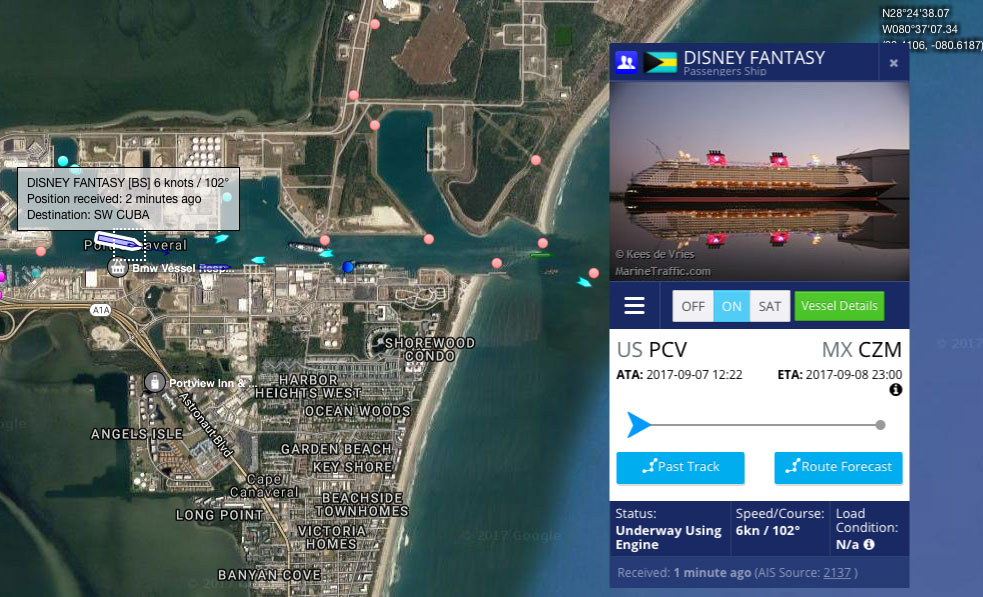 On Tuesday, Disney Cruise Line made the decision to shorten the underway sailings for both ships and cancel 3 upcoming sailings. This permitted passengers to return safely to Port Canaveral and allow the Captains to keep the ships a safe distance from Hurricane Irma.