Thanks to our awesome readers, I’ve been nominated for Best Cruise Blogger for the Cruise International Awards 2017. It is an honor to be nominated with past winners and perennial nominees who cover more than just a single cruise line. It would be really amazing to win this award considering the other nominees diverse cruise content compared to our DCL centric focus. I would like to ask if you would consider casting a vote for Scott Sanders, The DCL Blog as Best Cruise Blogger. 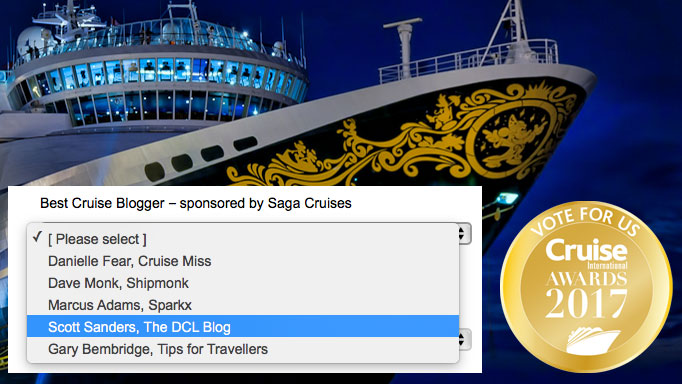 Thank you for your consideration and your vote for #CruiseAwards2017 Best Cruise Blogger!