The Disney Wonder returned from her extensive dry dock in 2016 with the tween (11-14) space Edge relocated from deck to the deck 9 in the space previously occupied by the Quarter Masters Arcade. Although both the Disney Wonder and Magic Edge share the same 20,000 Leagues Under the Sea aesthetic (which I find awesome) the Wonder’s space feels a little more open than its sister location on the Disney Magic with the lack of partial partition walls as you will see in the following Edge walk around video.

The entrance to Edge, just outside the midship elevator/stairwell on deck 9 features the same doors as Quarter Master Arcade with new signage to help locate the space while traversing the pool deck. 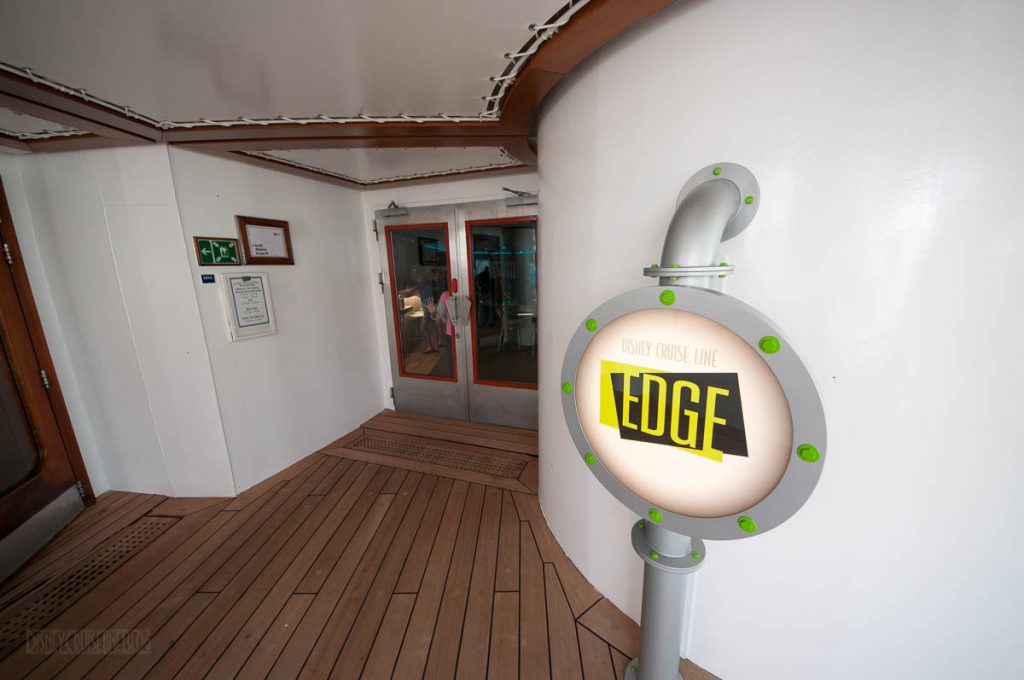 The space is decorated with nautical decor. 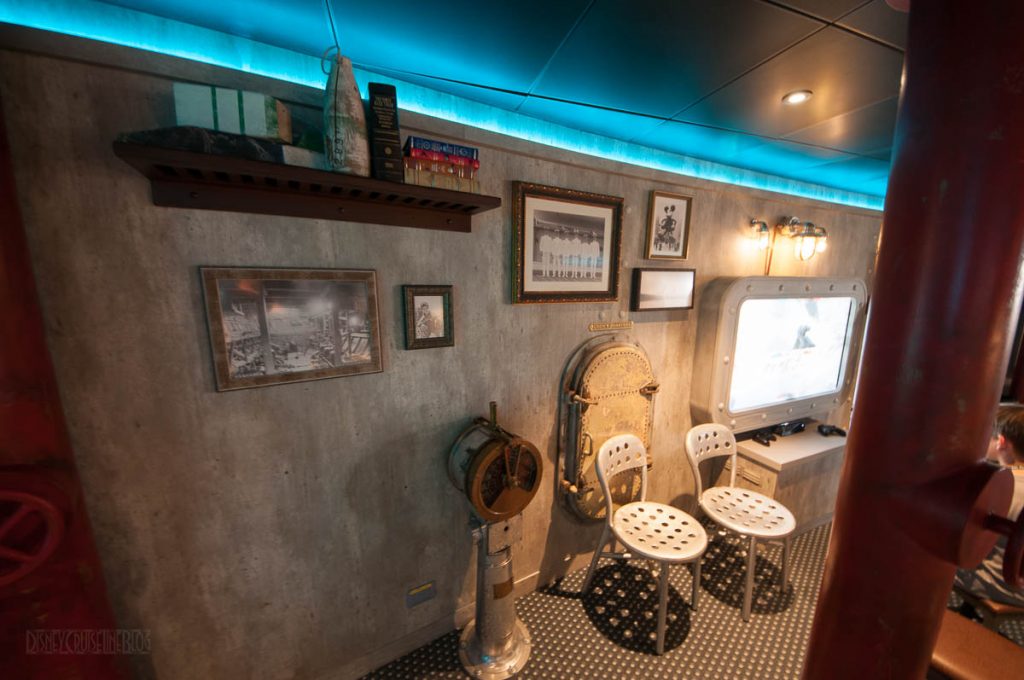 A bunch of card table-sized tables make the room dynamic enabling the space to be used for all different types of events. 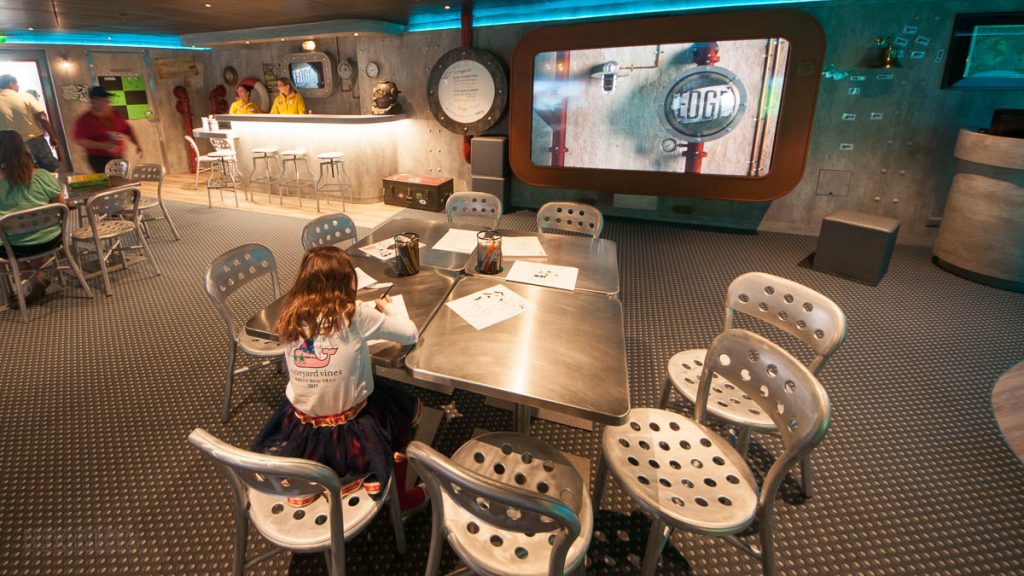 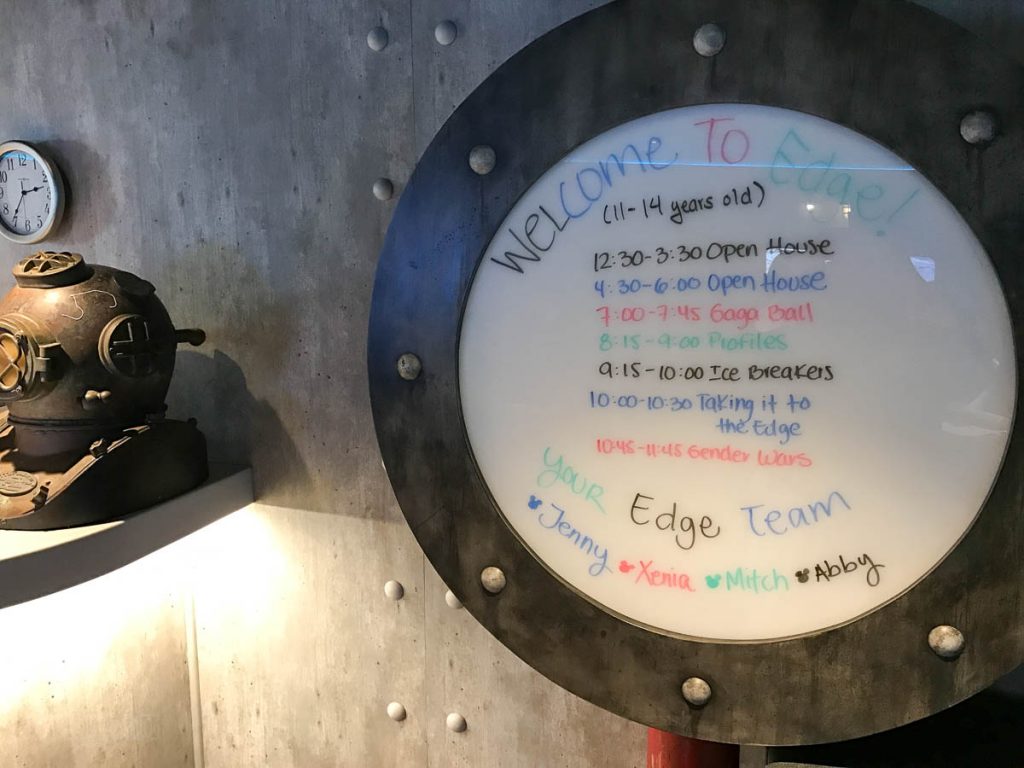 The back of Edge feature four virtual portholes with a Finding Nemo/Dory vibe and a table with an extra large version of Connect Four. 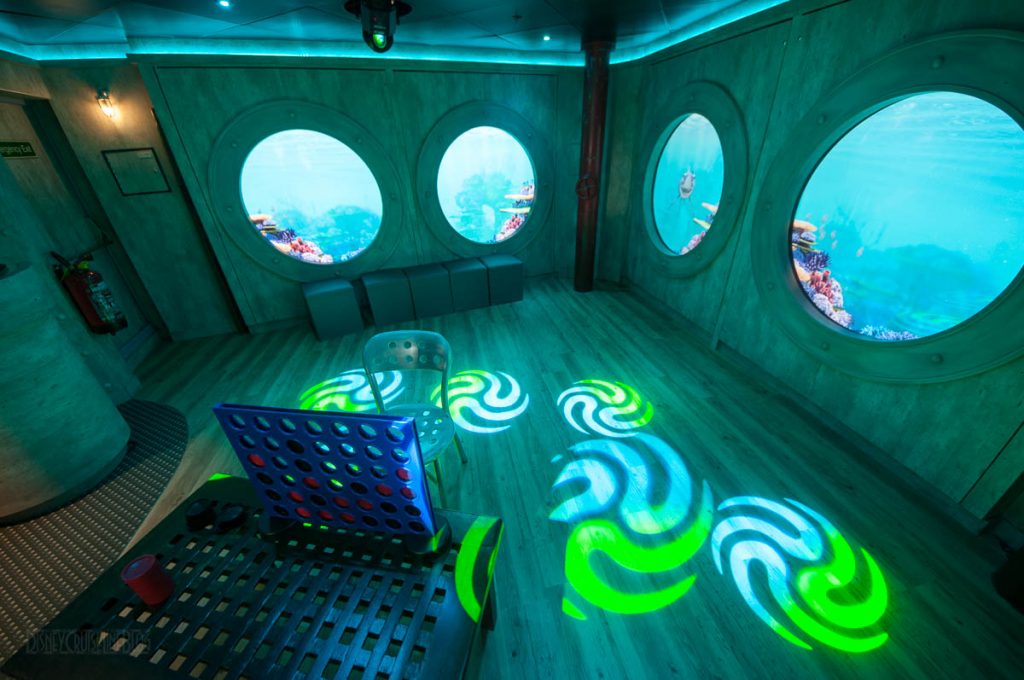 The main attraction, at least during open house time were the Xbox and Wii video games featuring many tween friendly titles. 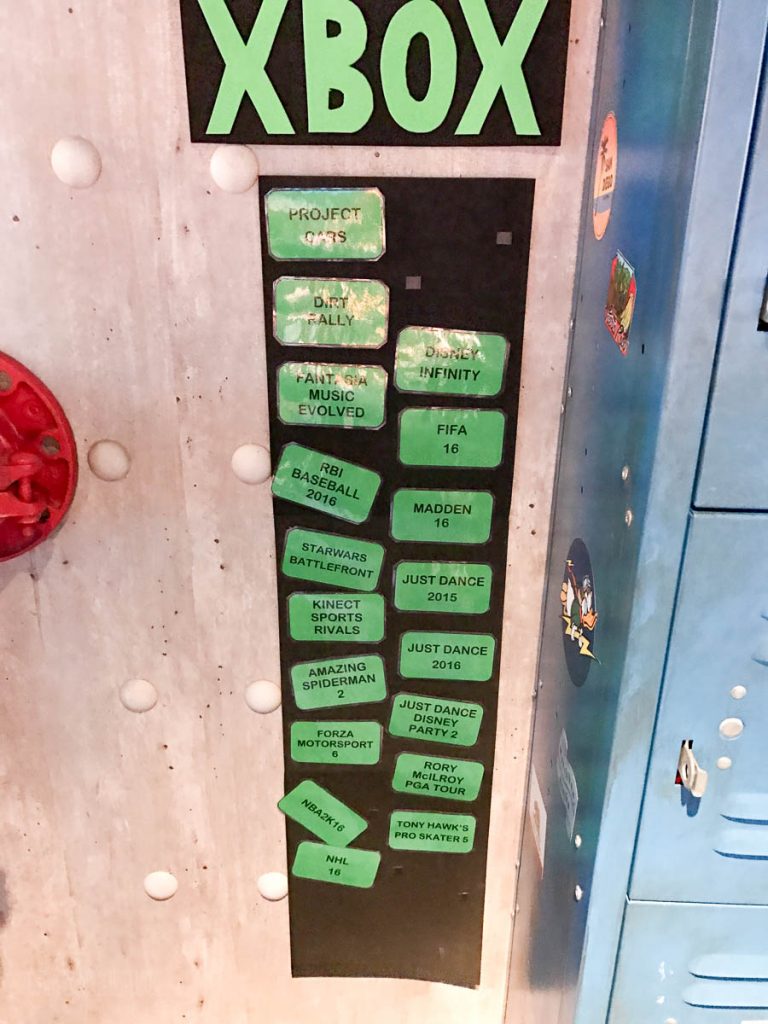 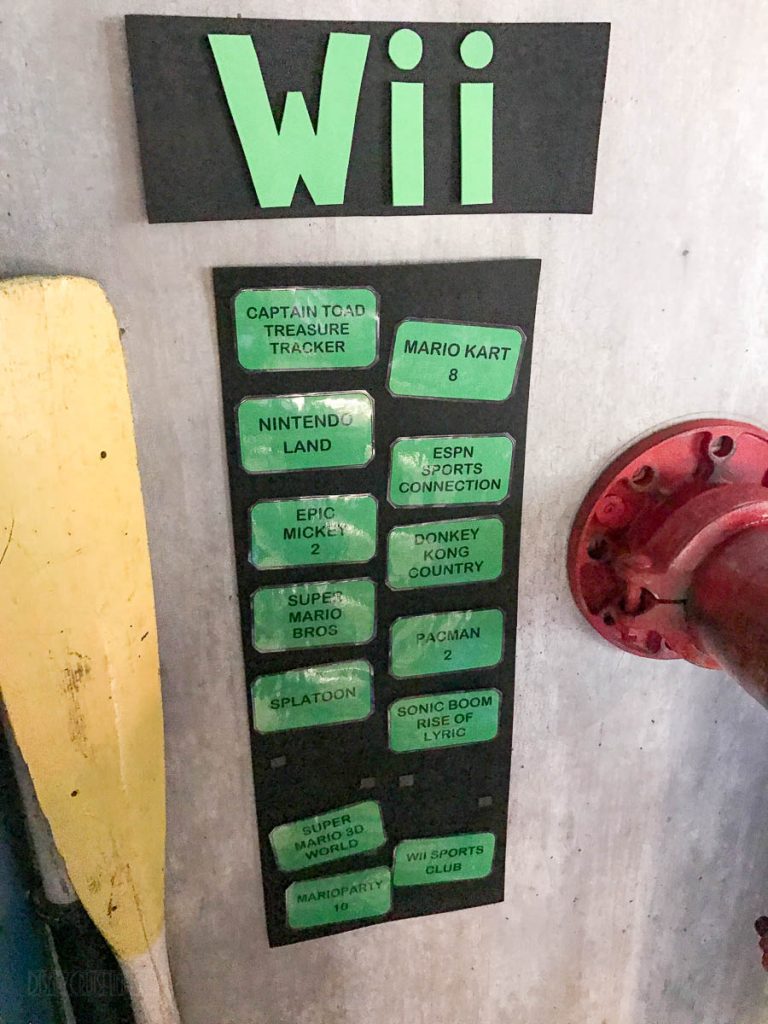 It is worth noting that there is a significant difference in the overall design and size of the Edge spaces on the Magic class versus the space on the Dream class ship. We are a close to having our own Edge cruiser so until then we’d love to hear your experience in Edge and the comparison of the spaces between the ships.