Late this week, Disney Cruise Line quietly added a new 3-Night Bahamian Cruise aboard the Disney Fantasy departing May 17, 2017. This new sailing represents the first every guest Bahamian cruise on the Fantasy and the itinerary features two days at Castaway Cay. 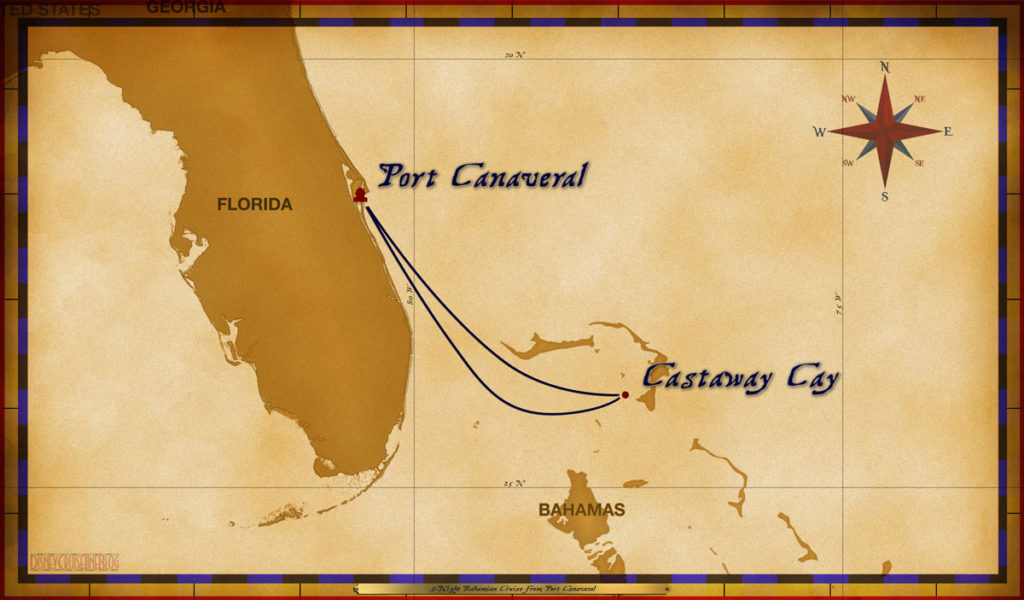 The 3-Night Bahamian Cruise from Port Canaveral on the Disney Fantasy itinerary is as follows:

For those wondering how and why this sailing was added considering the sail dates for the Disney Fantasy currently extend into 2018. Well, back during the Winter 2017 itinerary release DCL left a 3 week gap in the Disney Fantasy’s sailing schedule beginning in late April. Based on the age of the ship we penciled this in as her first dry dock as the gap was the same as the Disney Dream’s first dry dock last fall. This new sailing, leaves Port Canaveral on a Wednesday May 17th and returns on Saturday, her normal turnaround day. This leaves me to speculate that  DCL finalized the dry dock schedule and found just enough time to squeeze in a short cruise which should make it easier for people to preview the changes before the Disney Fantasy resumes her full 7-night Eastern and Western Caribbean cruises. Again, please note: DCL has NOT confirmed or announced any dry dock dates or plans for the Disney Fantasy. This last paragraph the dry dock is purely speculation.