During Port Canaveral’s October 19th Commissioners meeting, a status update was provided on the progress of the roofing and renovations to Disney Cruise Line’s terminal (CT8). The ongoing $1.8 million project included the re-roofing, replacement of existing kalwall systems, interior painting, and wetsealing of existing windows. In August, the port expected work to finish up in September, but Hurricane Matthew resulted in an extension to the project. The port now expects the work to be completed by the end of October 2016. 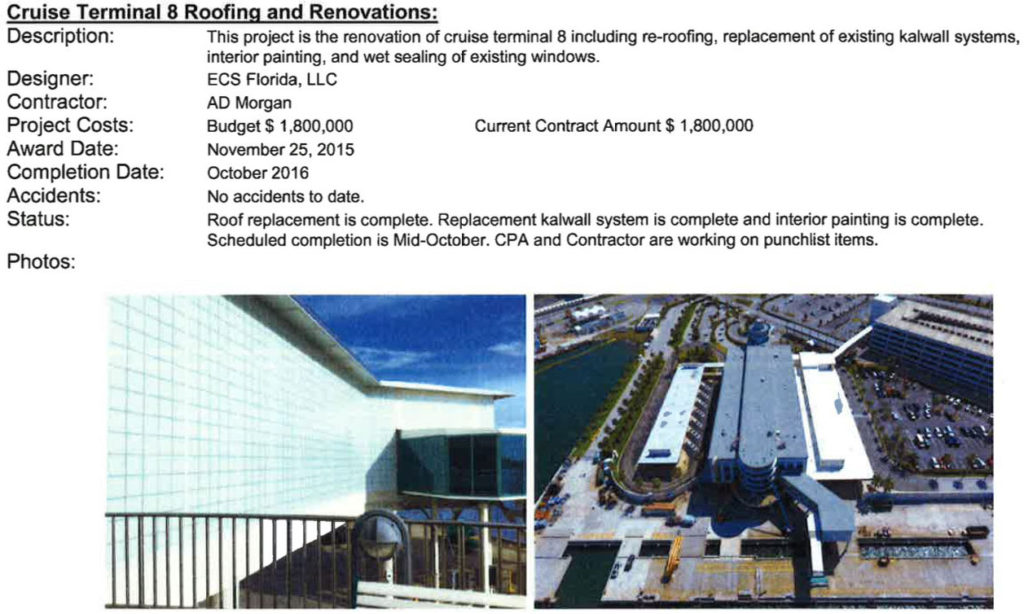 The kalwall and weaseling are nearing completion, painting is in the final stages with a some additional punch list items left to complete. 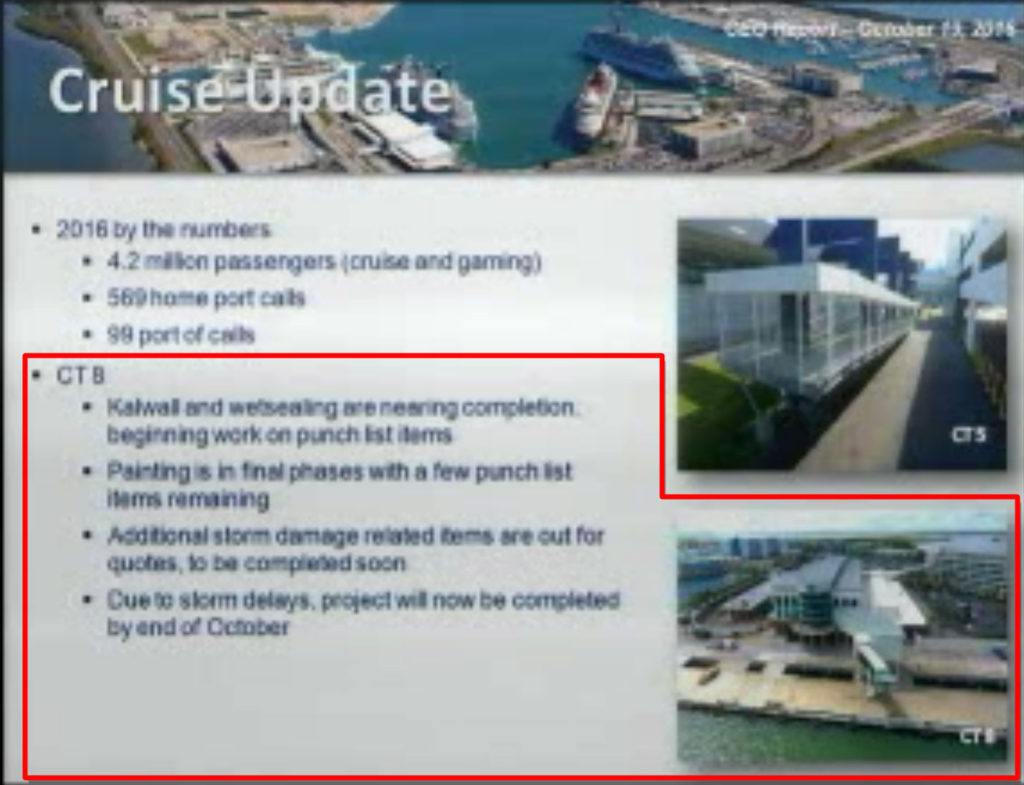 Durant the port’s capital project update portion of the meeting, it was revealed that DCL’s terminal sustained some minor damage due to Hurricane Matthew. The terminal had leaks in the seaward side windows, the roof and to some extent from water blowing in under doors. 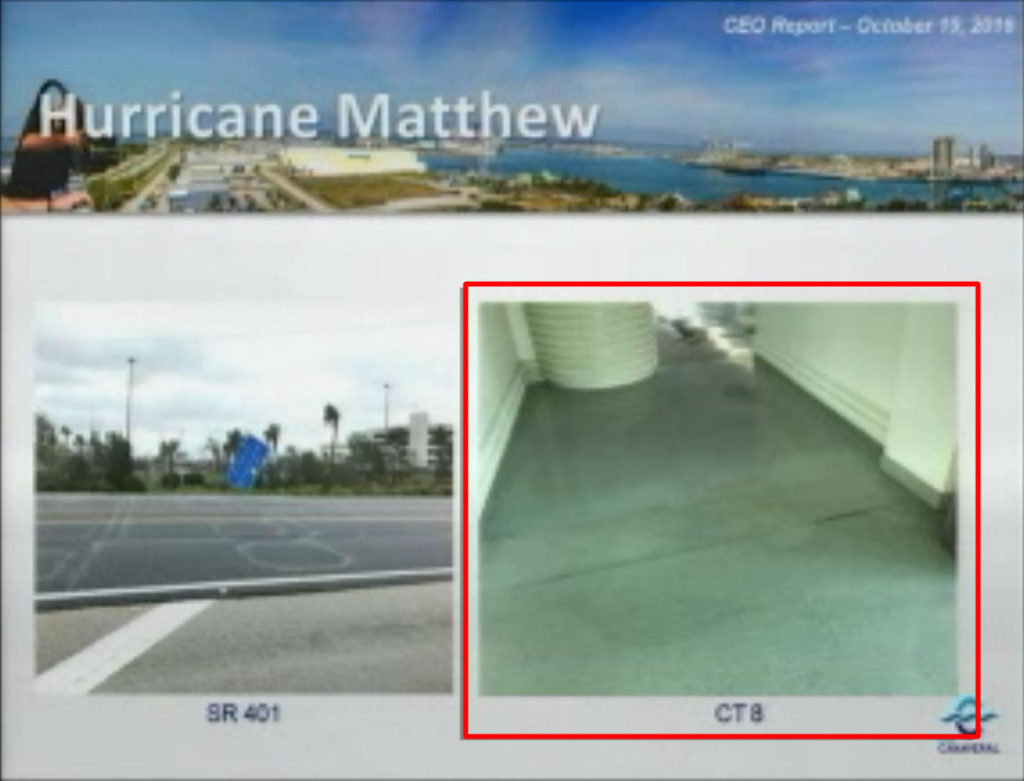 Overall, the port was prepared for the hurricane and sustained only minor damage. Cruise Terminal 10 had some damage to a canopy while Cruise Terminal 1’s membrane roof required over 150 patches to prepare punctures resulting from a AC panel door that ripped off and blew around during the hurricane. 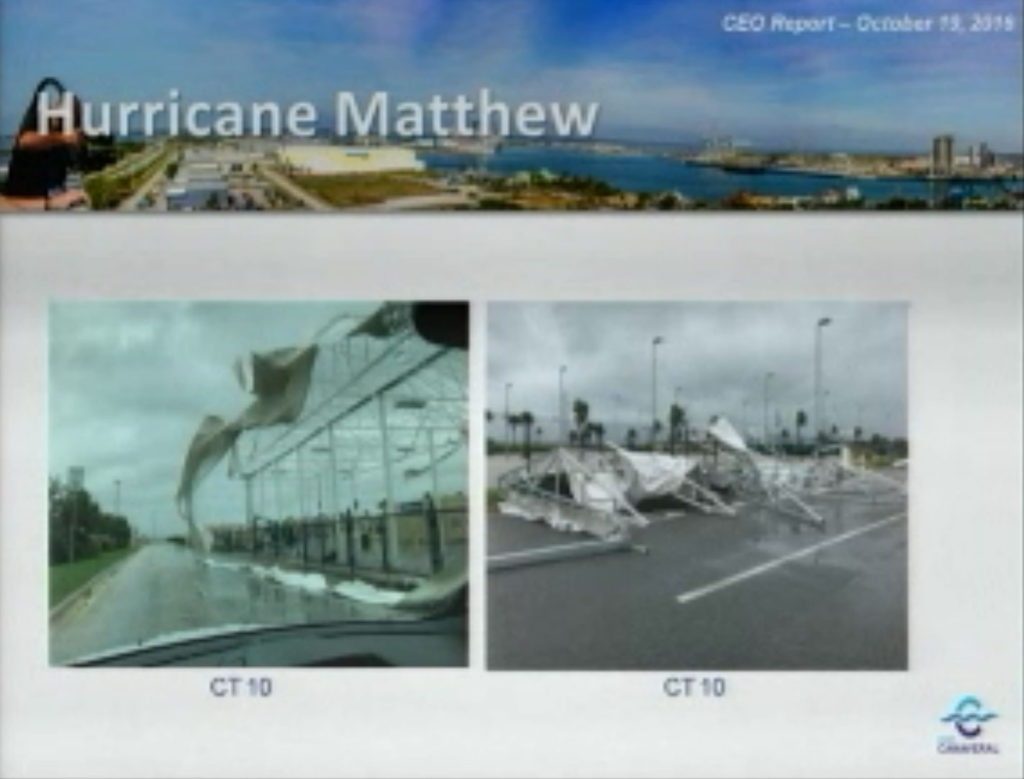 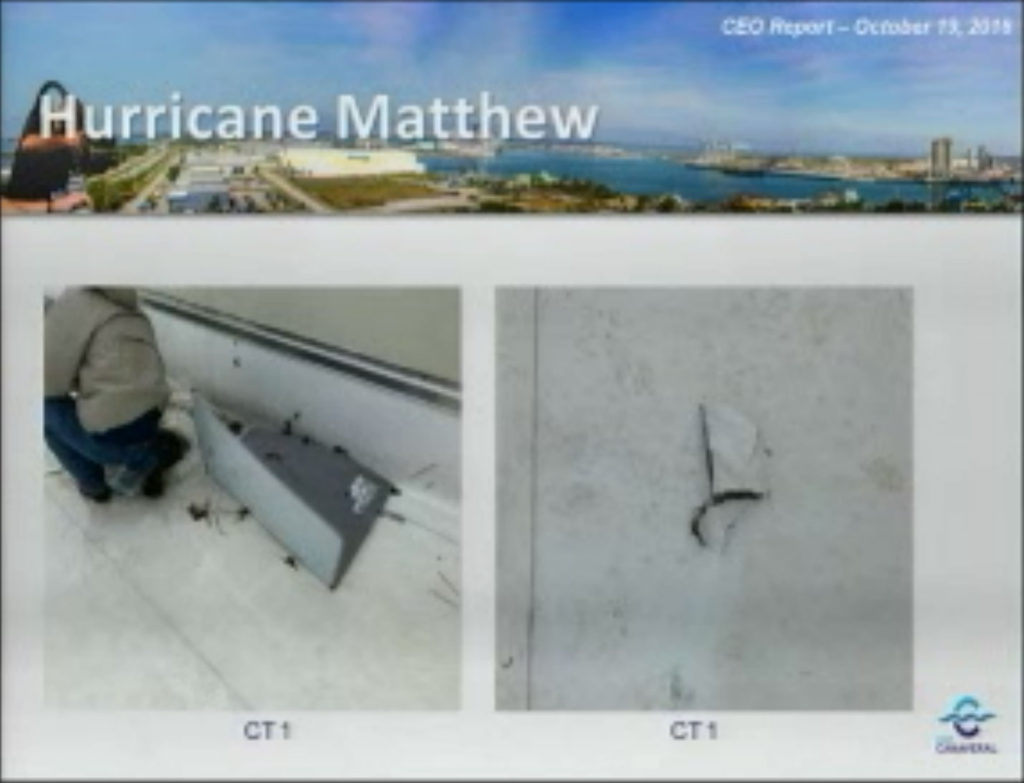