Over the weekend, the Disney Wonder returned to the sea when the Navantia dry dock was flooded then repositioned to an adjacent pier. Captain Gus along with crew and contractors took time late last week to snap the traditional end of dry dock photos near the props. 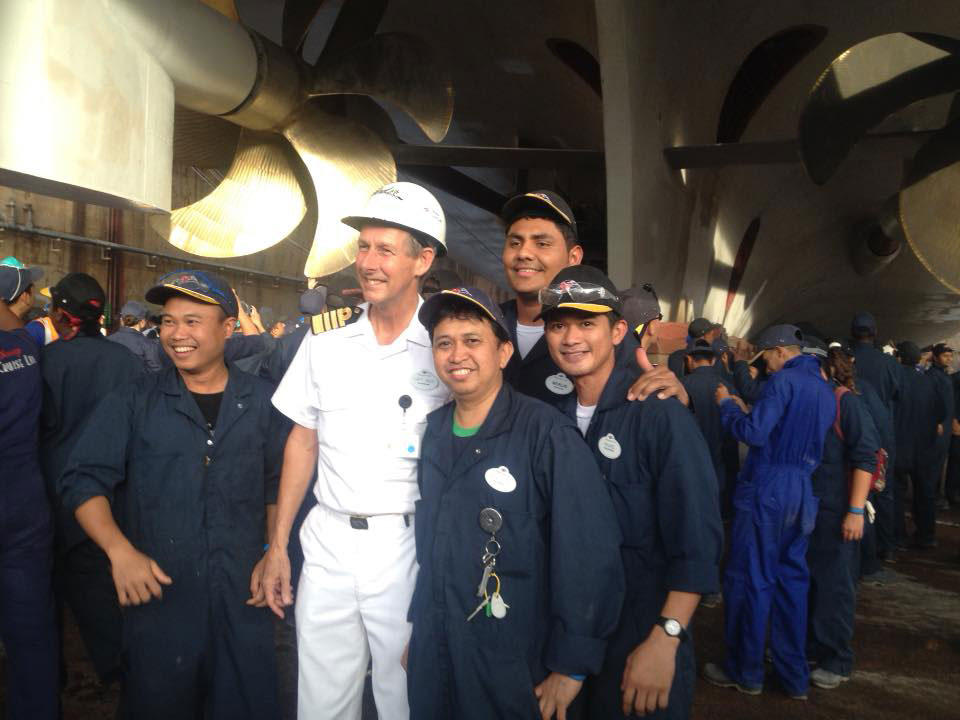 Below are a few photos of the water rushing into the dry dock.

In the photo below you can see the propulsion work that was completed during her time out of water.

Finally, I put together a short video of sorts tracking the Disney Wonder on MarineTraffic.com as she departs Cadiz, spends some time doing sea trials and sails to Lisbon.

USA Today’s Gene Sloan was in Cadiz and published this video with a look at some of the new spaces.

Disney posted a similar video with most if not all the same b-roll.

There was a lot of quick looks in that video. Below are some screenshots broken down by re-imagined space.

First up a look inside Azure which in the video showed b-roll of Fathoms on the Disney Magic. 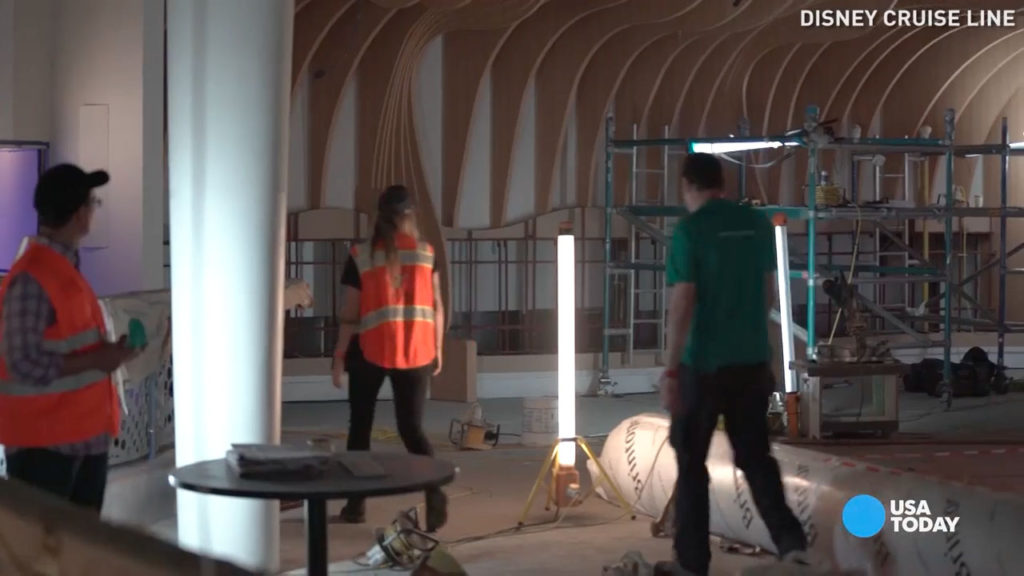 Crown and Fin Pub has a crowned fin fish on the mirrors behind the bar along with various nods to England in the decor. 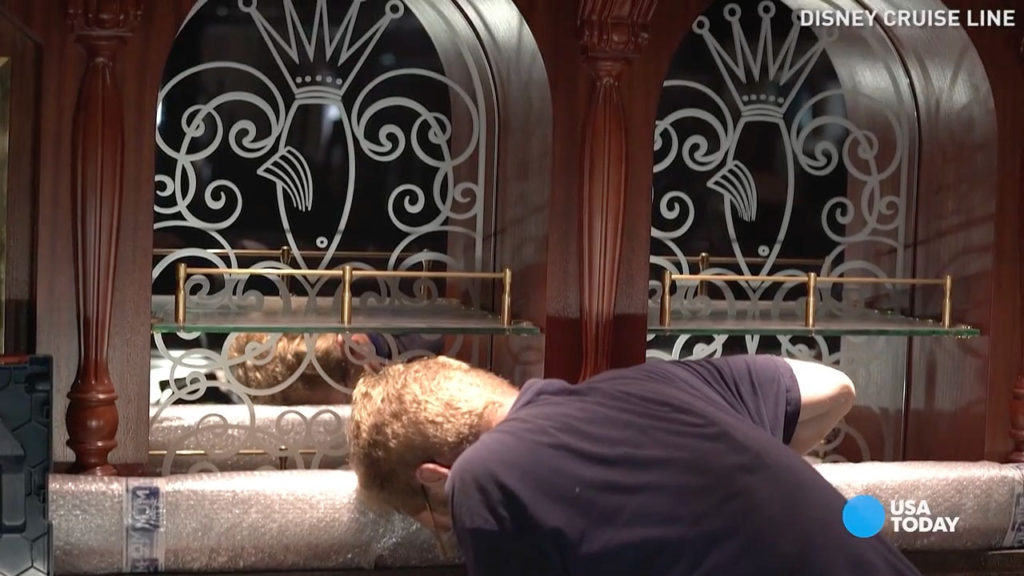 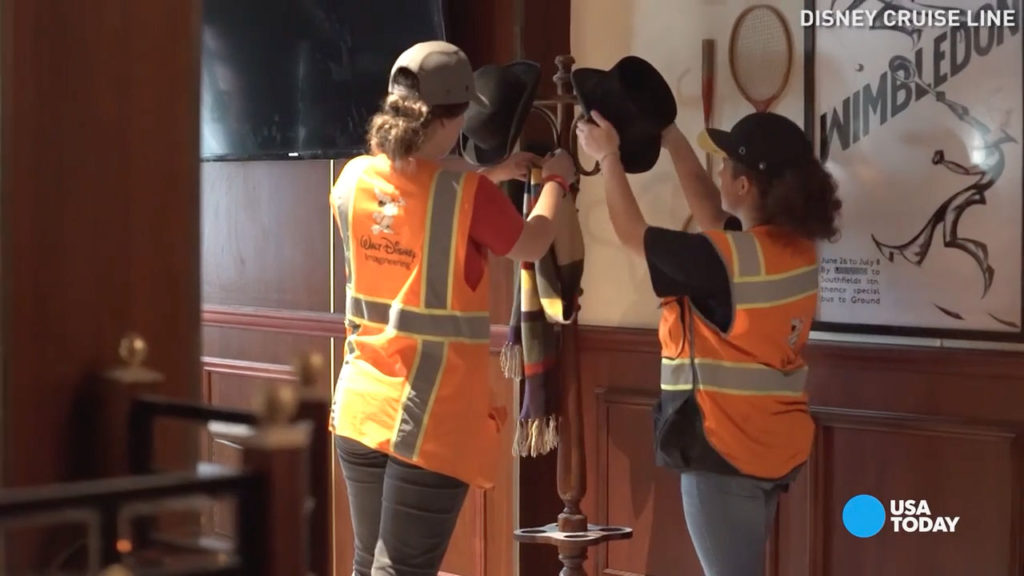 Up first you can see Disney is keeping up to date with the addition of Maui from Disney’s upcoming animated release Moana. 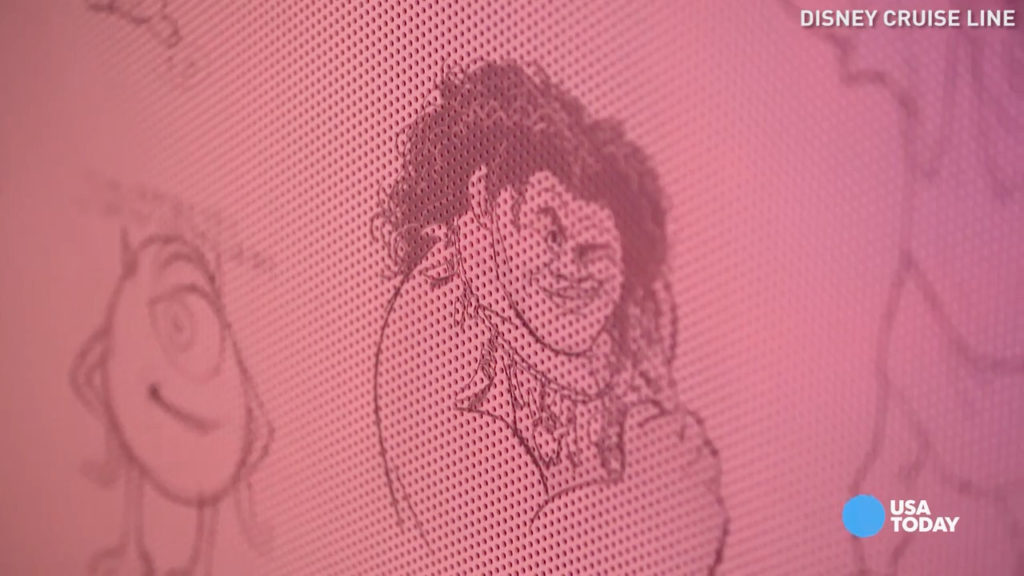 Moving on to the most anticipated renovation, Tiana’s Place!!! 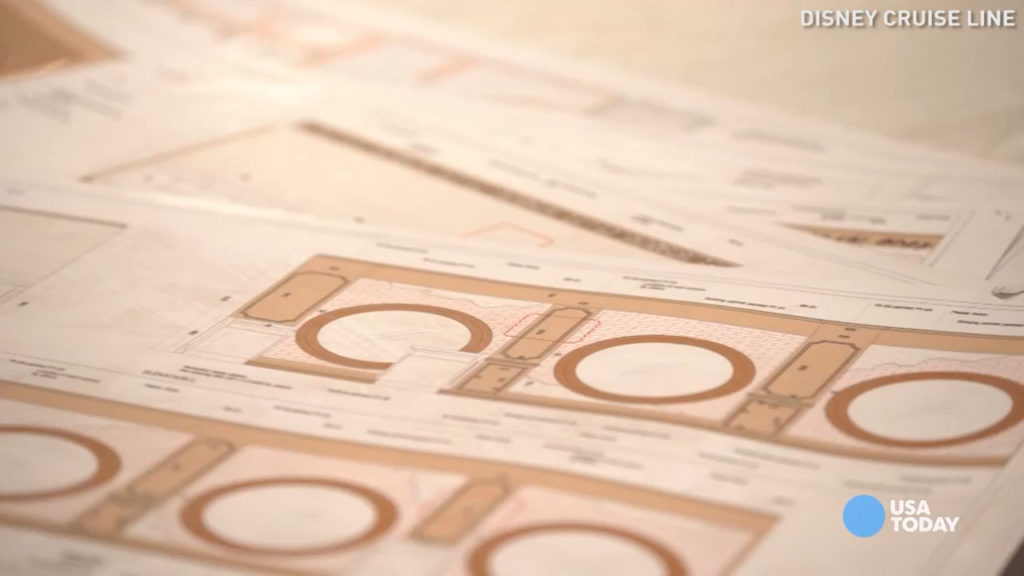 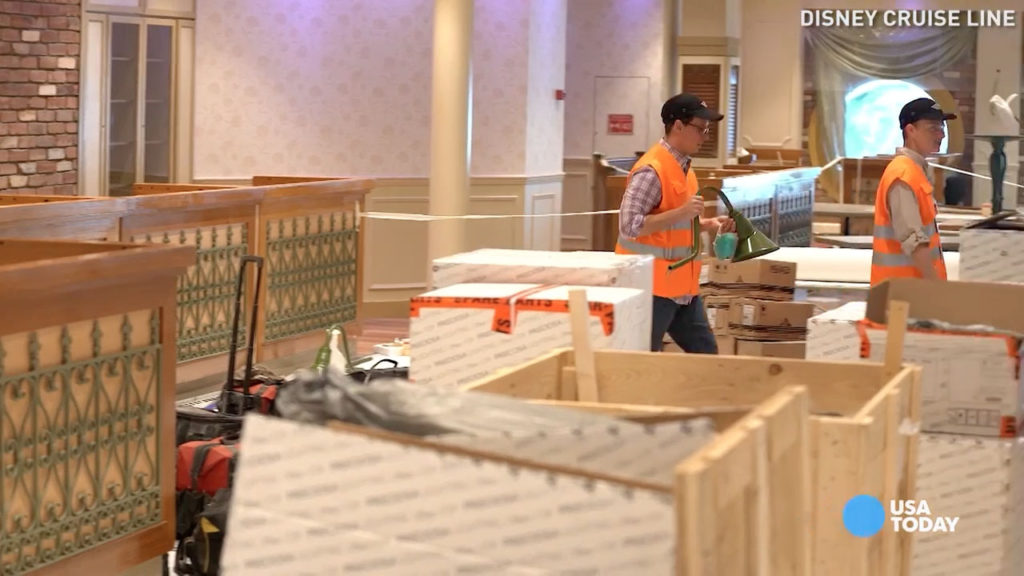 The wall with newspaper clippings and Tiana’s family photos. 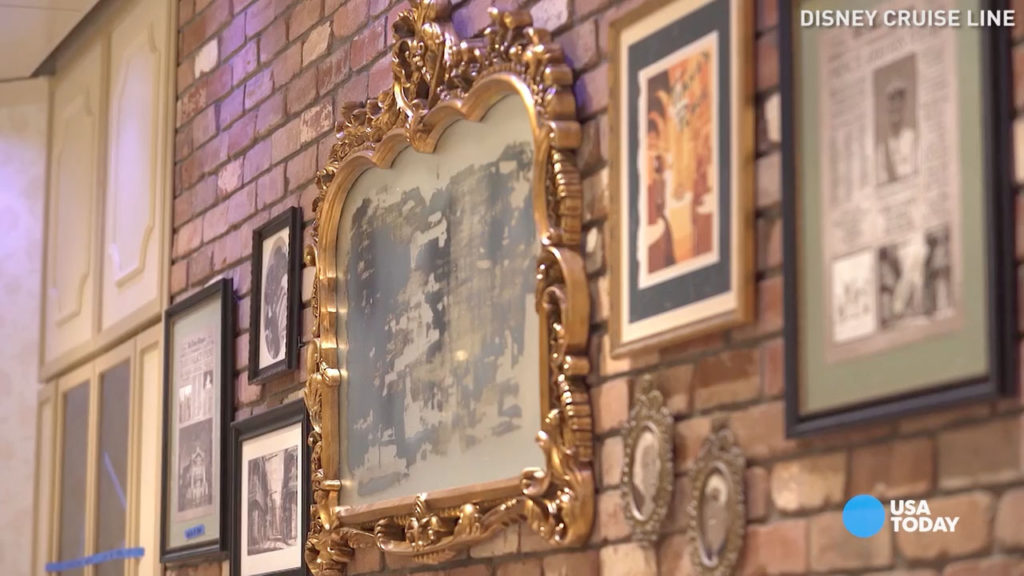 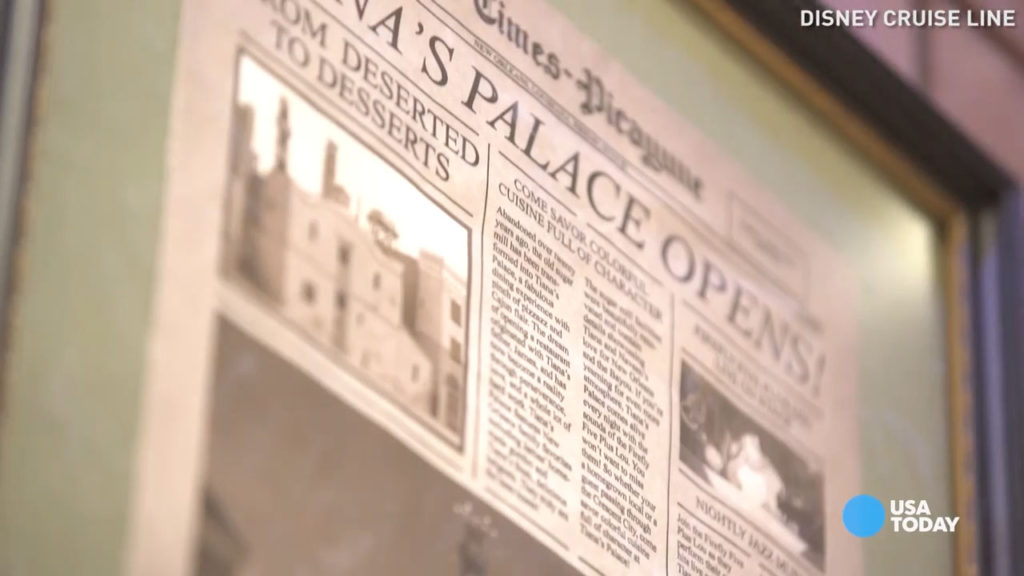 A fine chandelier before it is installed in Tiana’s Place. 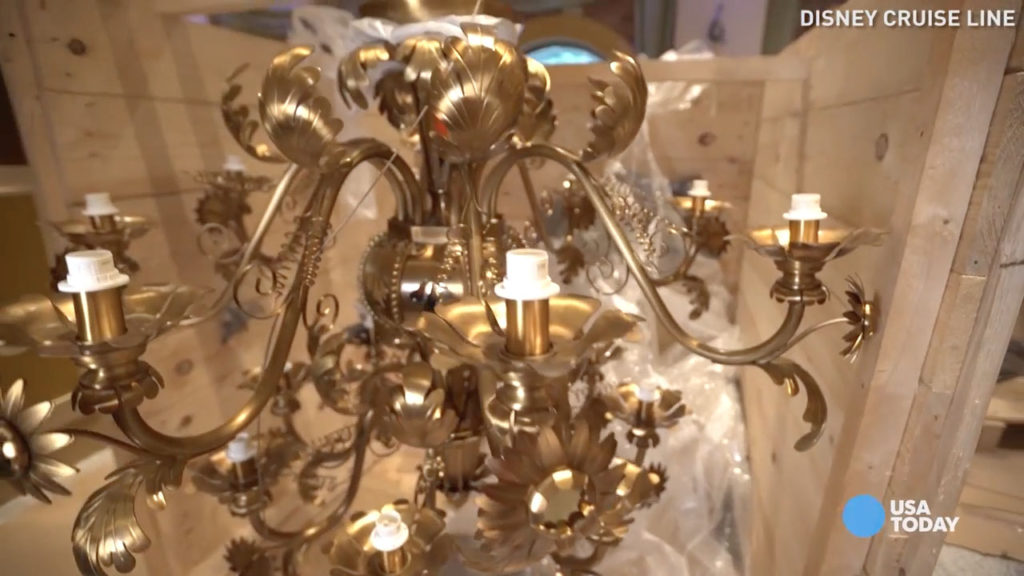 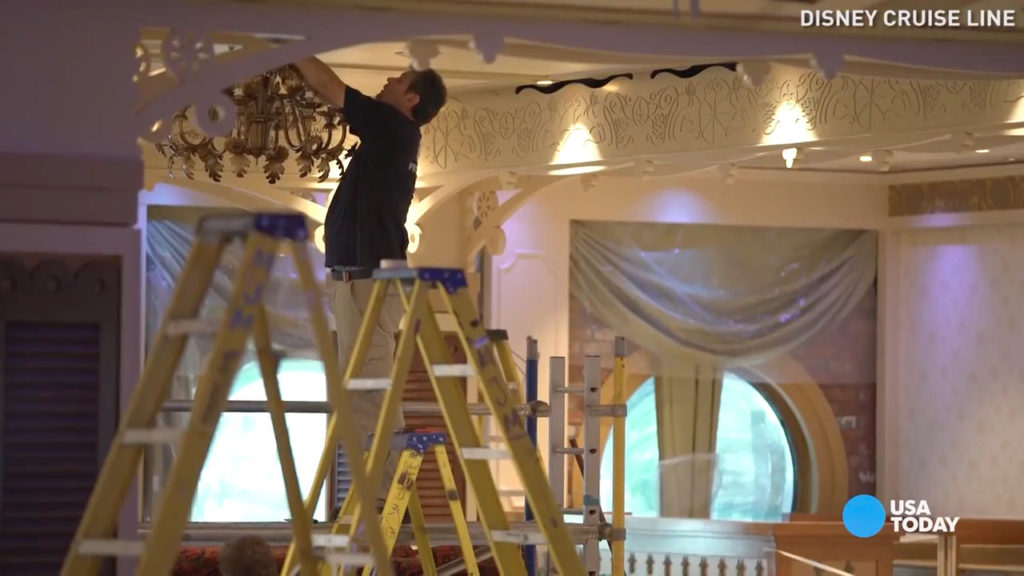 Finally, a look at themed dishware that will be used in Tiana’s Place. 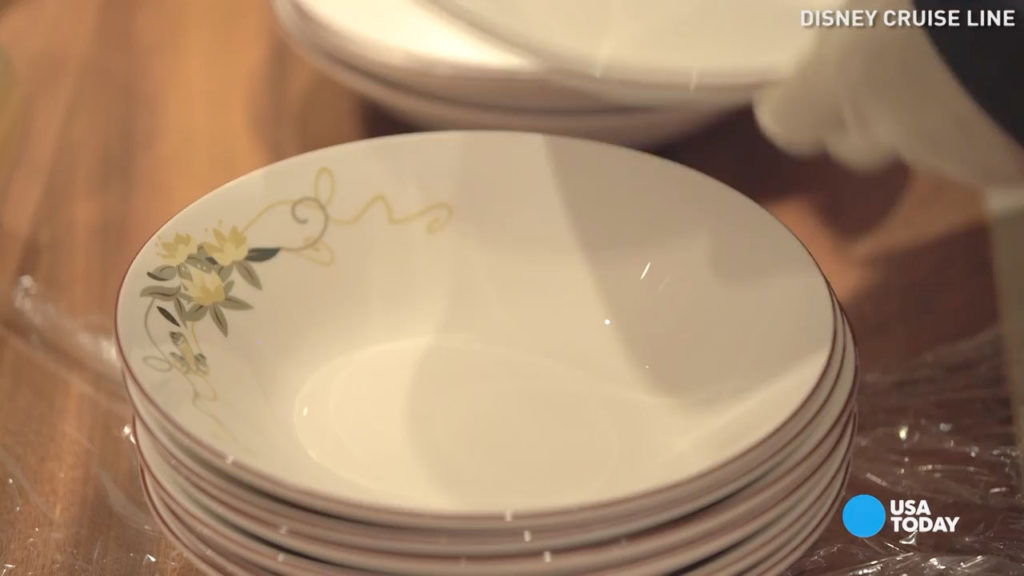 The Oceaneer Club has been re-imagined just like it was on the Disney Magic. 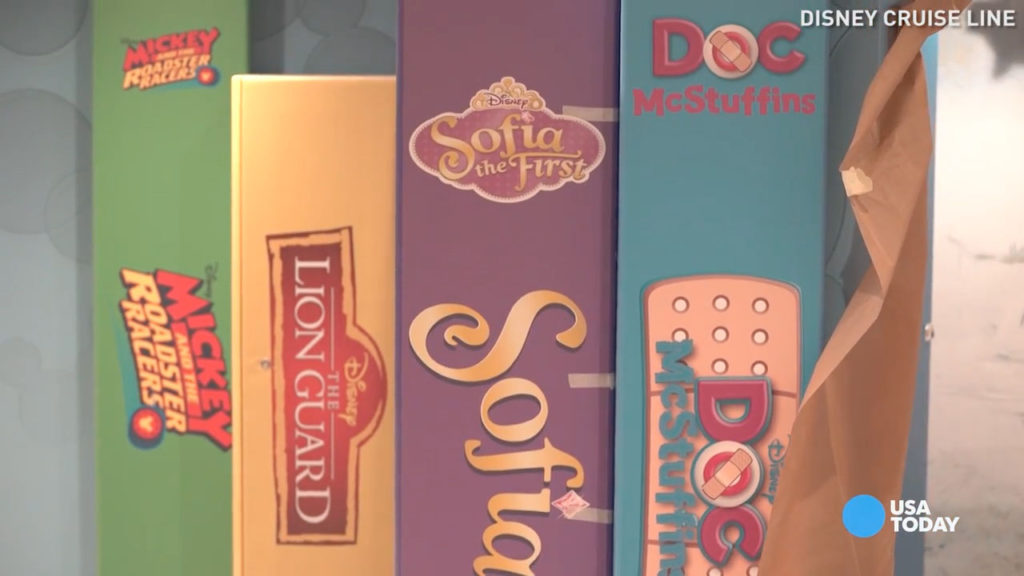 Young Avengers will assemble in the Marvel Super Hero Academy with unique items from the Marvel Cinematic universe films. 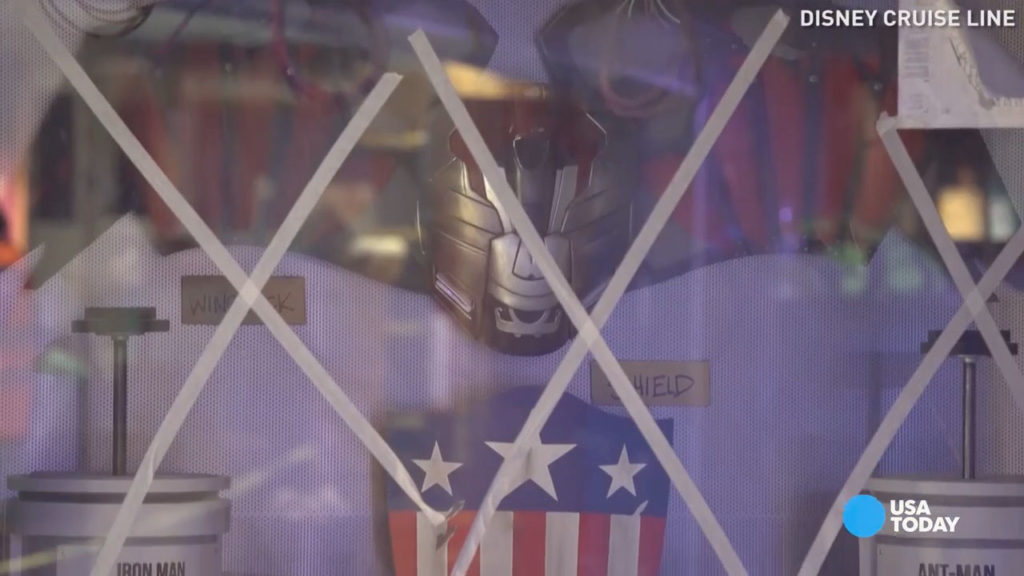 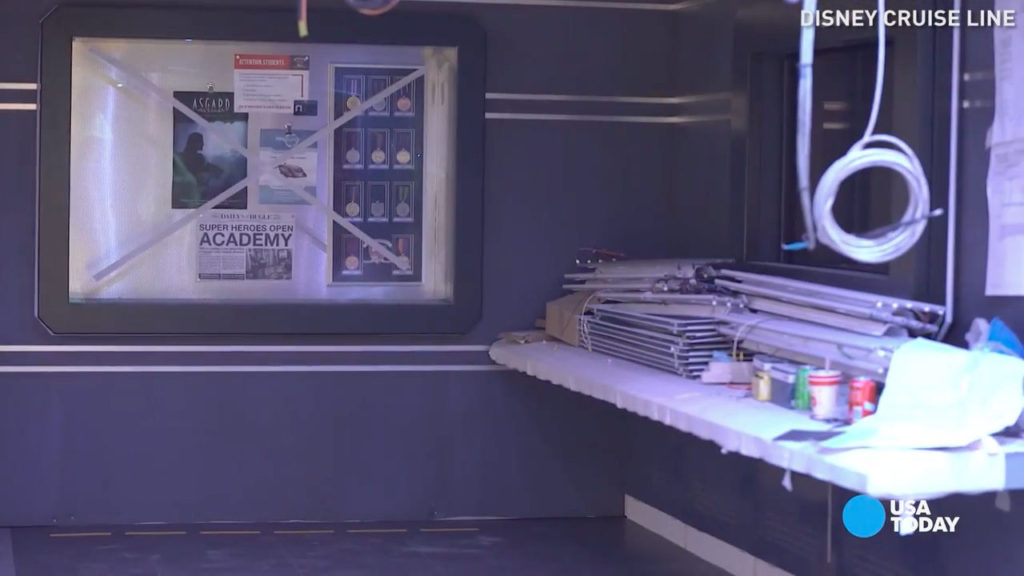 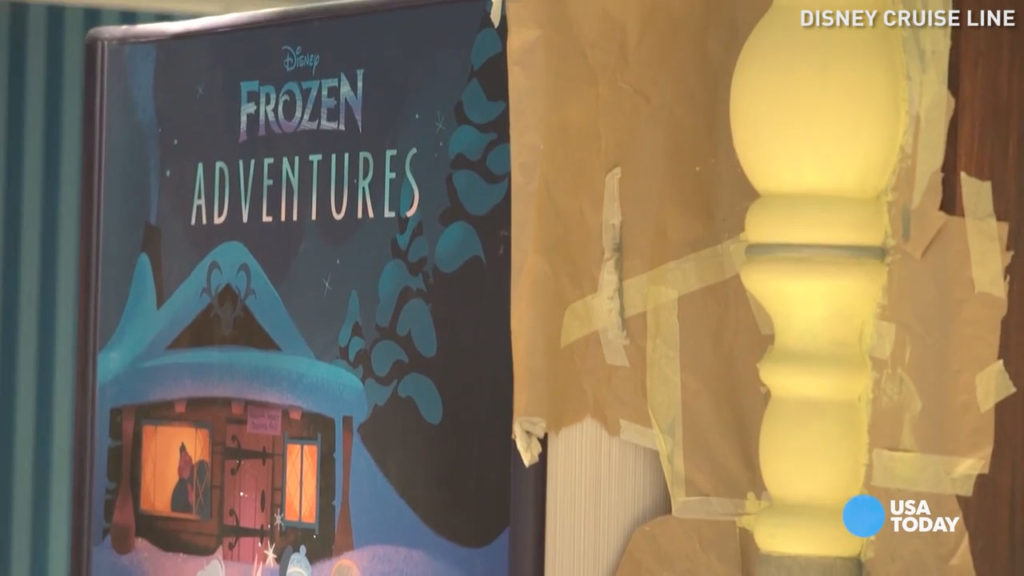 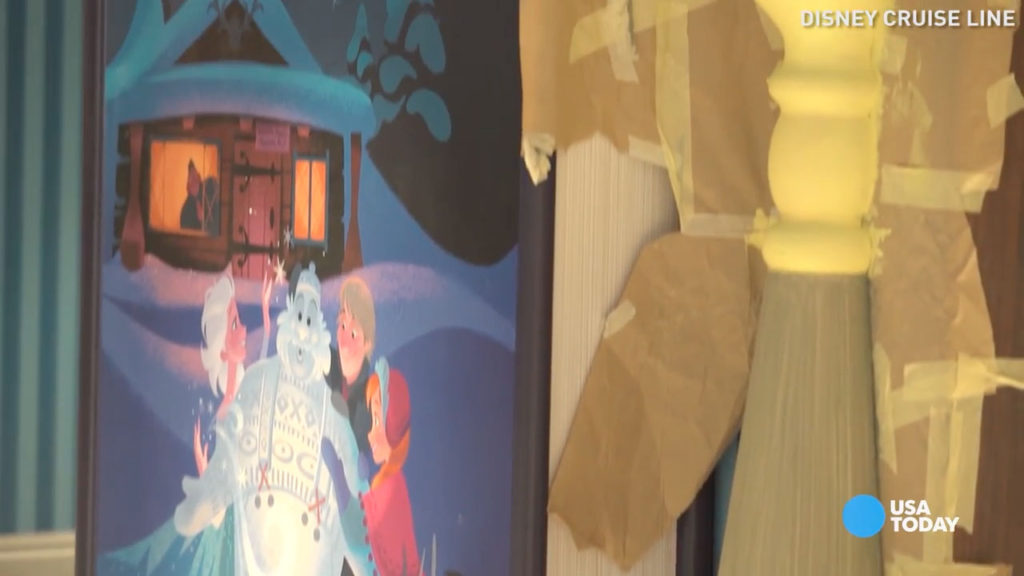 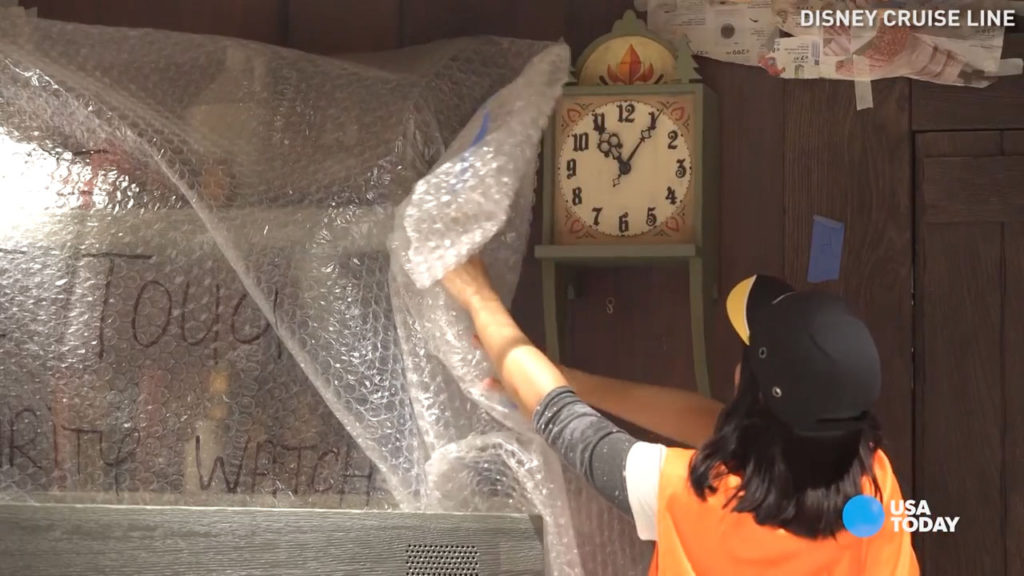 The Twist N Spout Slide is in place above the AquaLab which I suspect will look very similar to the version added to the Magic in 2013. 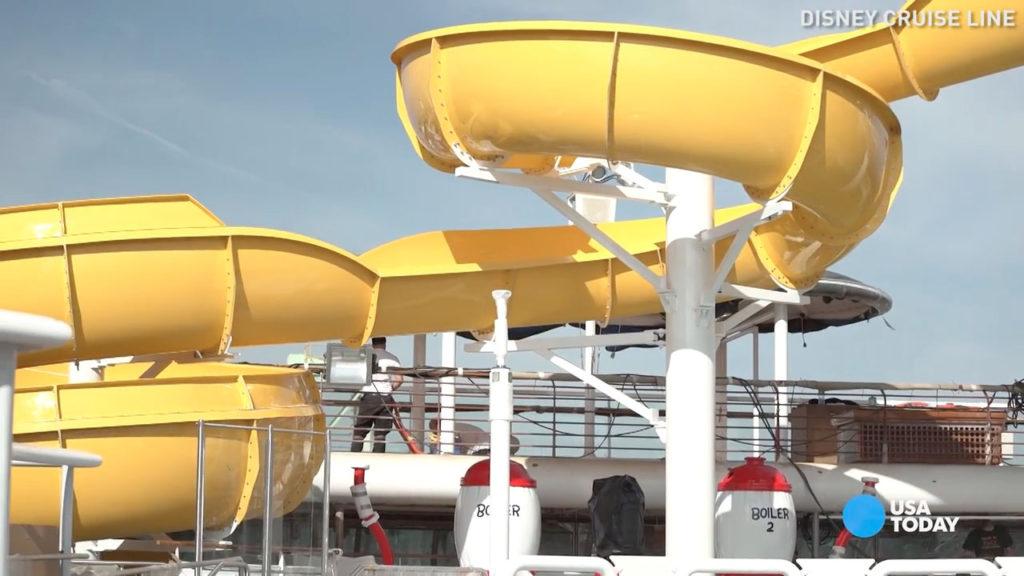 The theatrical team is hard at work installing the new stage show in the Walt Disney Theatre. 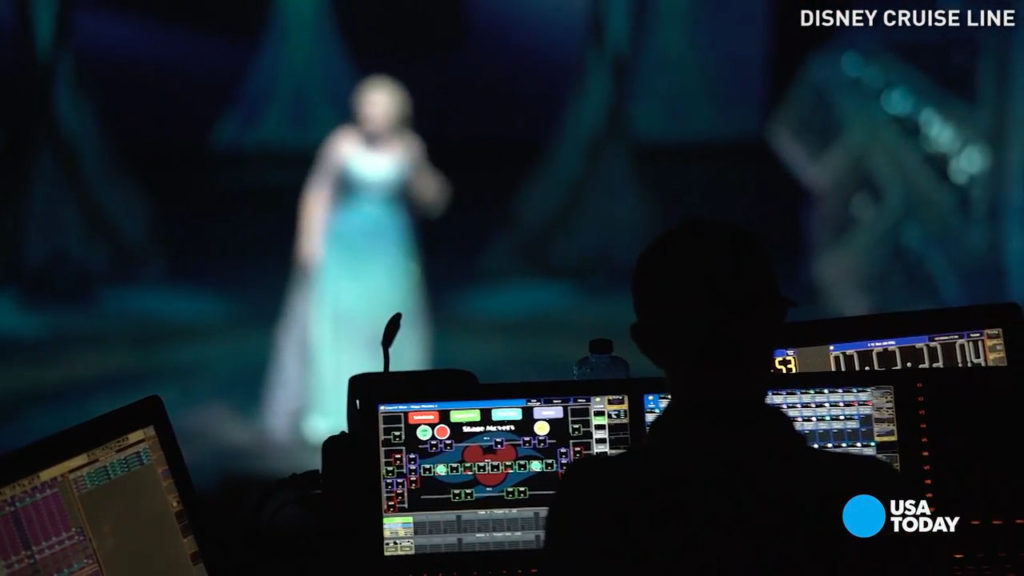 Look at the Disney Wonder’s new chandelier, isn’t it great! 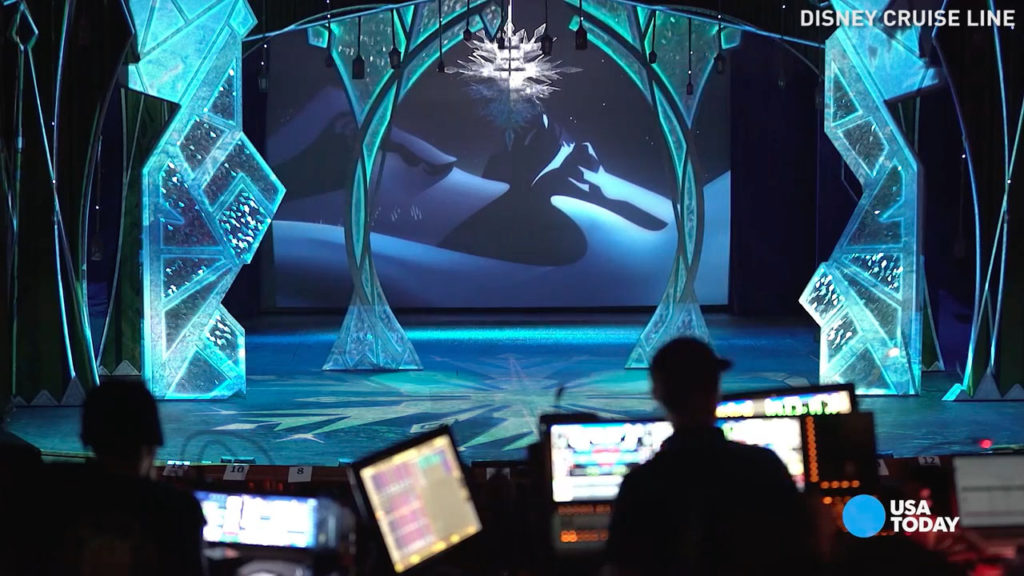 That does it for the screenshots. Oh wait, you wanted to see the Disney Wonder’s new chandelier… Well, it wasn’t in the video, but it ended up in my inbox last week. I think I’m in love, but am holding final judgement until I see it in person. What are your first impressions? 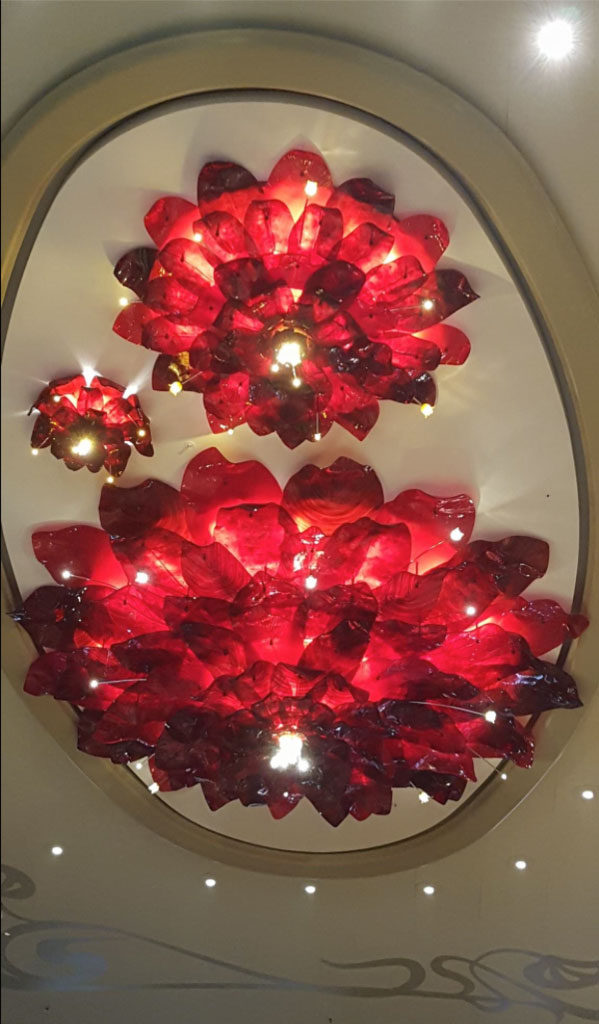 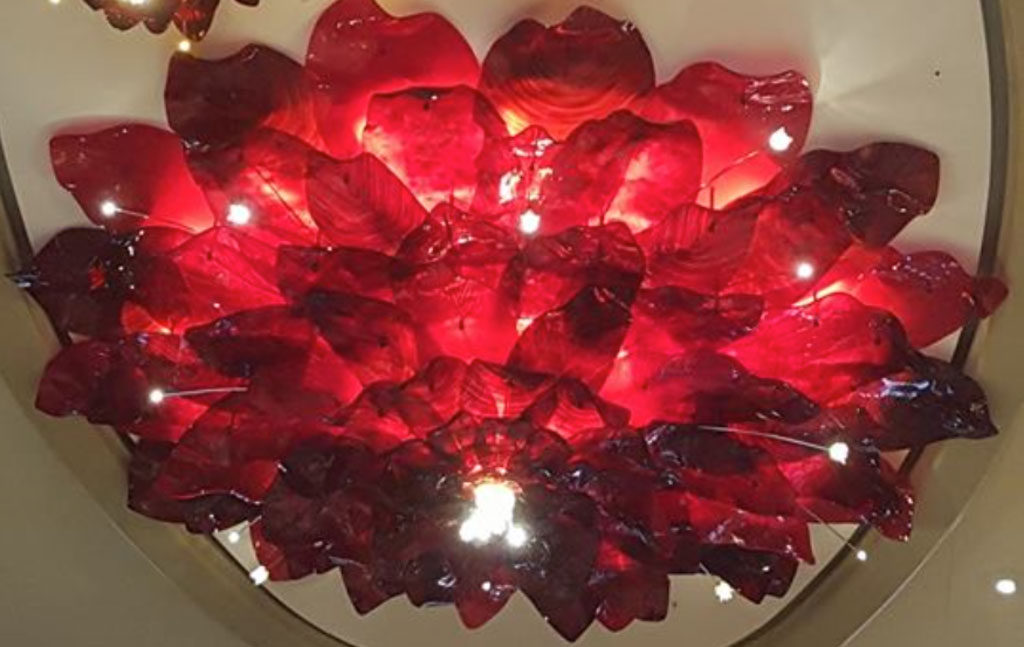 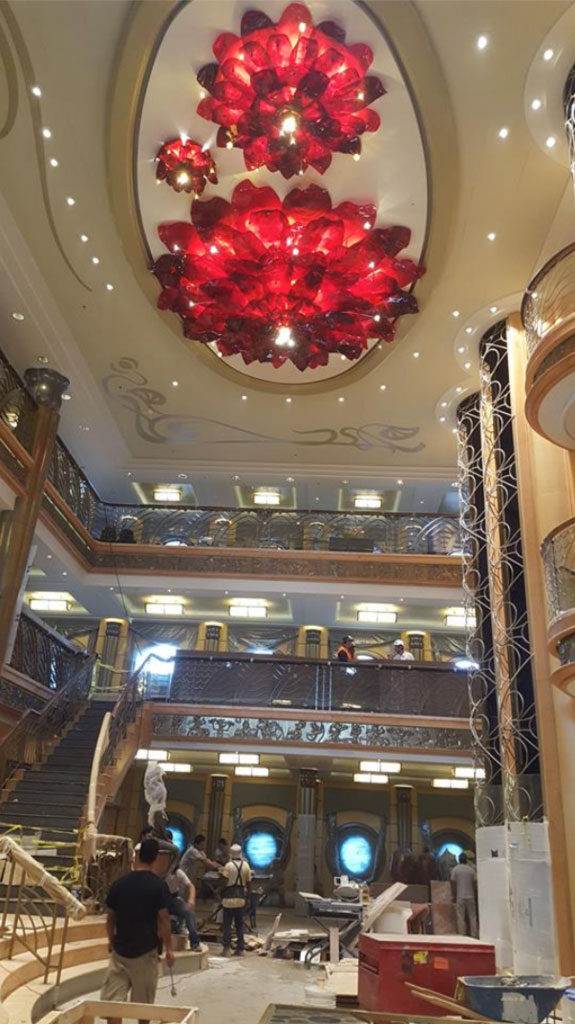 Oh, one more thing… Here are some photos that ended up in my inbox over the duration of the dry dock.

The Disney Wonder is expected to leave Lisbon and make her way to Port Canaveral, tentatively arriving in Florida at the beginning of November based on a previously published port calendar.