Following the FAA’s outright ban of Samsung Galaxy Note7 smartphones from flights, the US Coast Guard issued a similar warning for mariners. As a result, Disney Cruise Line officially added the Samsung Galaxy Note7 to the list of banned items which are prohibited from the cruise ships.

Shortly following the initial issues with the Note 7, DCL began to ask passengers to power off the device and not use the smartphone for the duration of the voyage. Today, DCL sent the following emails to passengers and began alerting travel agents that the Samsung Note 7 is now a prohibited item. 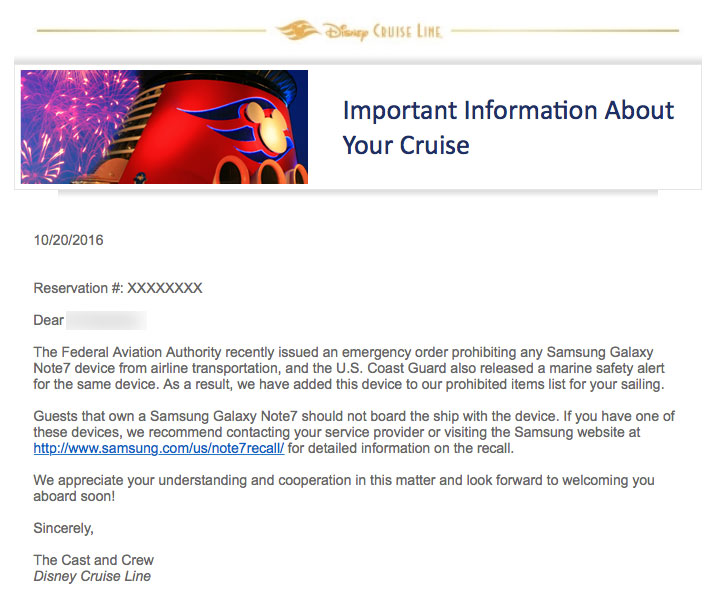 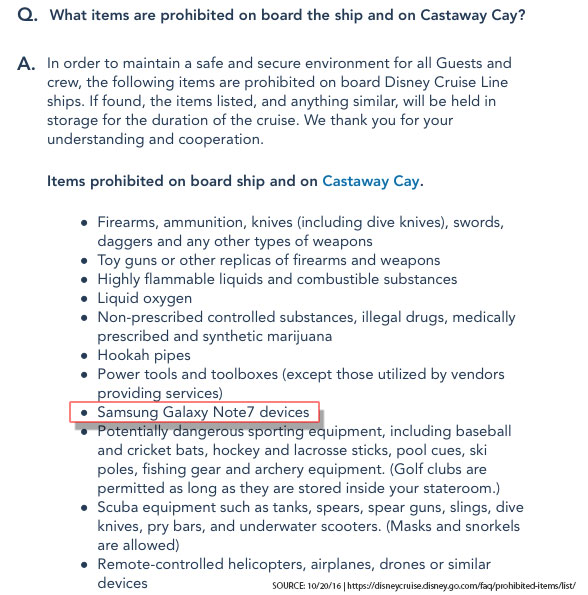 Disney is suggesting that Samsung Galaxy Note7 owners should not board the ship with the device. Additionally, they are recommending that they contact their service provider or visit the Samsung website at http://www.samsung.com/us/note7recall/ for detailed information on the recall.