The Disney Wonder arrived in Cadiz, Spain in the early morning hours, approximately 11:30 PM here in Florida. Less than an hour later, the Wonder maneuvered with some assistance and positioned into the Navantia dry dock. 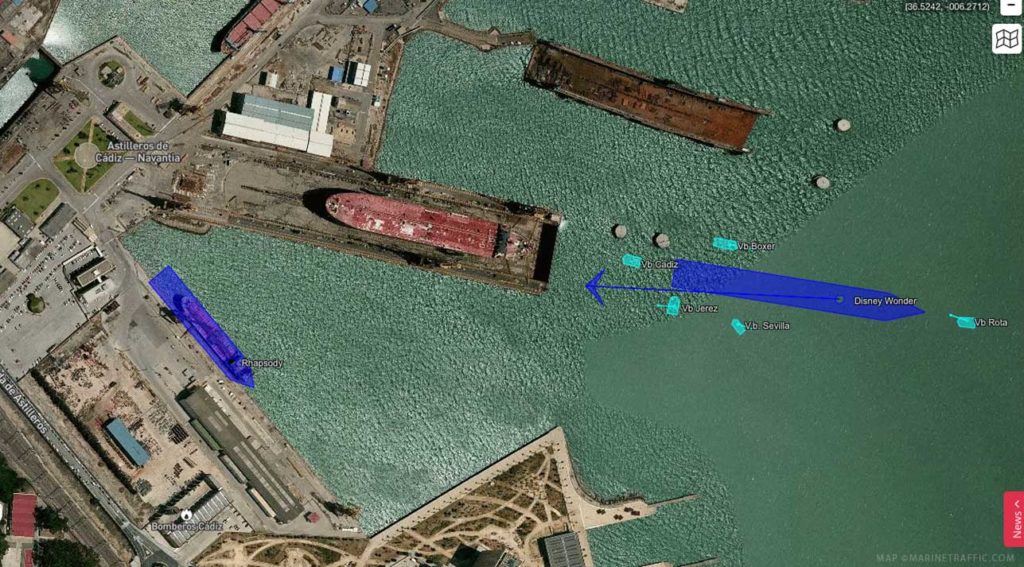 This is the same shipyard the Disney Magic used in 2013, but a different dry dock.

This Disney Wonder will remain in dry dock until late October before she makes her way back to Port Canaveral then on to Galveston for her first guest cruise on November 10th.

6 Replies to “Disney Wonder Arrives in Cadiz for Dry Dock”