Disney Cruise Line recently published their Q1 – 2016 Voluntary Crime Allegation disclosure report for the period January 1 – March 31, 2016. During the 1st quarter, Disney Cruise Line carried approximately 250,000 passengers and a daily complement of approximately 5,000 crew members, and received the following allegations: two separate claims of alleged sexual assault was made by a guest against a another guest. There was one claim of theft of property valued over $10,000 made by a passenger against a crew member. According to the disclosure, this allegation was reported to the appropriate law enforcement and government authorities. 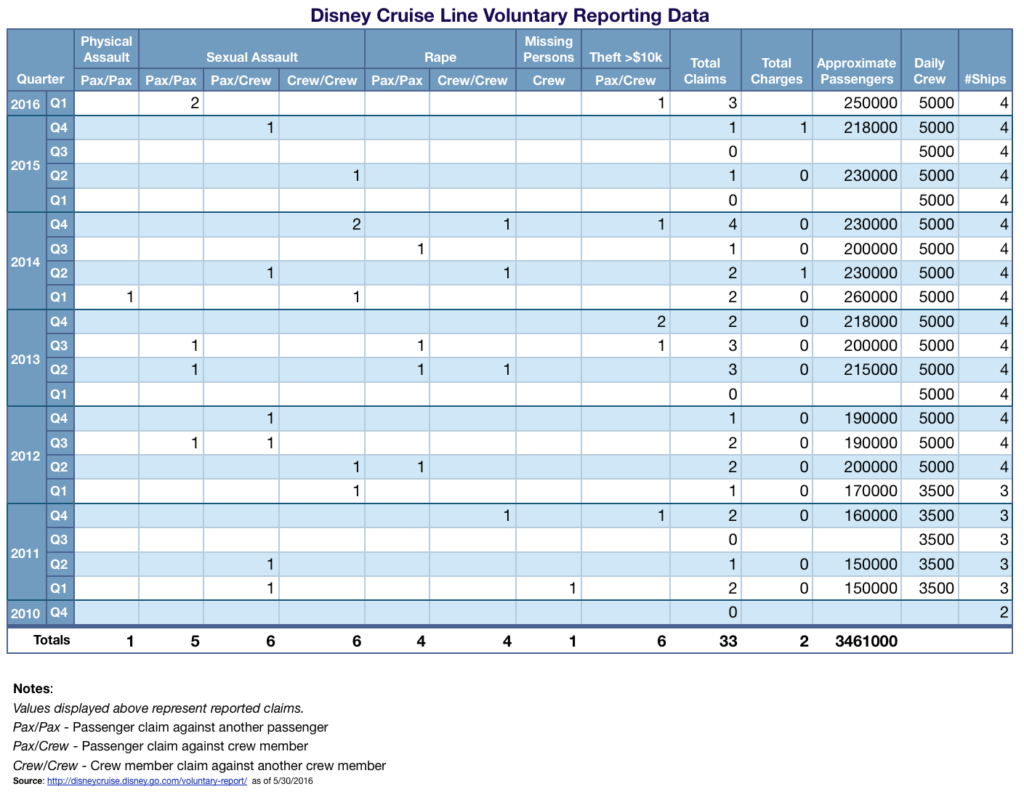