The Disney Wonder is potentially set to make Mazatlan, Mexico a port of call in October 2017. A few weeks ago, I stumbled upon and tweeted a link to an article on Crew-center.com about DCL evaluating the port for a potential return. According to the article, the Secretary for Public Security of Mazatlan, made a presentation of the strategy and security protocols prior, during and after the visit of a cruise ship to Mazatlan, as well as work safety and resorts in the rural areas to a delegation from Disney Cruise Line.

I’ve embedded the tweet above, but we know how these things typically disappear. So, below is a screenshot of the tweet. 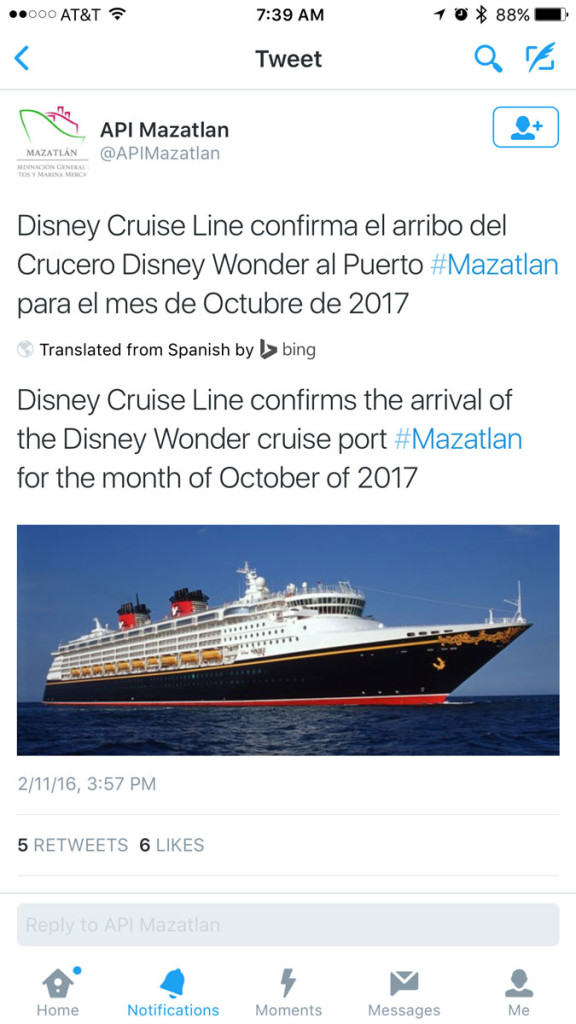 Looking for more proof that the Disney Wonder may visit Mazatlan in 2017. I submit to you a screenshot of Disney Cruise Line’s own website.

The Disney Wonder was scheduled to call on Mazatlan in 2011, during her 7-night Mexican Riviera sailings, but joined other cruise lines by pulling out due to safety concerns.