Today, Disney Cruise Line published their Q4 – 2015 Voluntary Crime Allegation disclosure report for the period October 1 – December 31, 2015.During the 4th quarter, Disney Cruise Line carried approximately 218,000 passengers and a daily complement of approximately 5,000 crew members, and received the following allegation: a claim of alleged sexual assault was made by a guest against a crew member. According to the disclosure, this allegation was reported to the appropriate law enforcement and government authorities. We can only speculate that this is related to the incident that occurred in late-December aboard the Disney Magic. 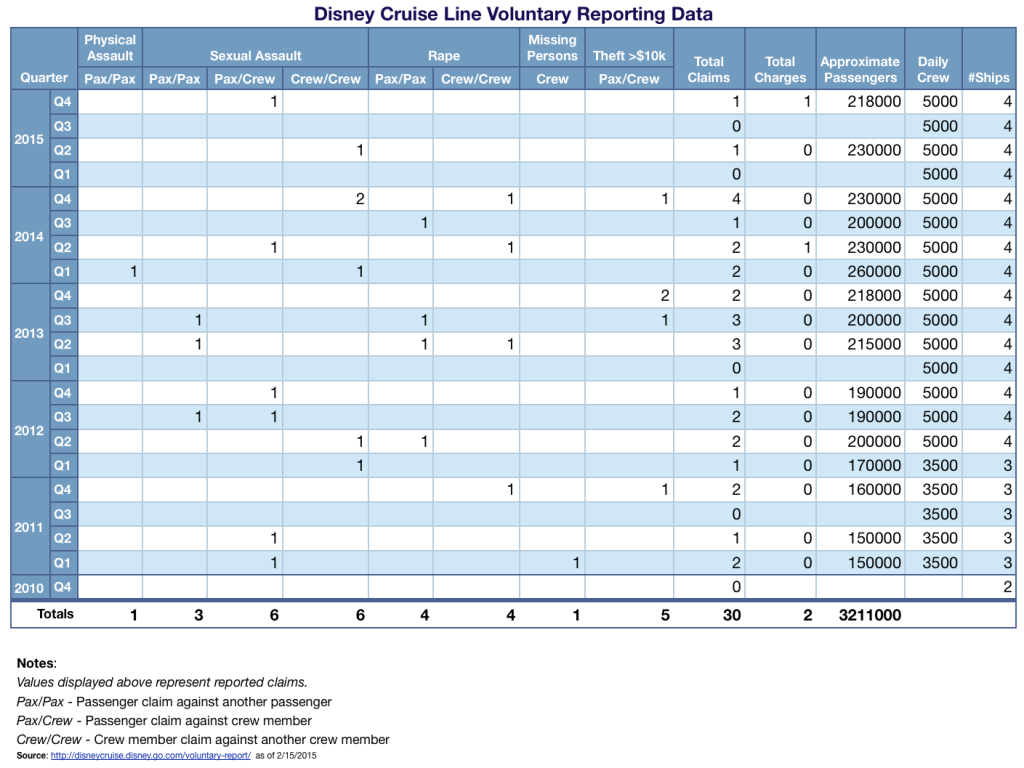