WSVN TV reports that Juan Manuel Palma-Orgega, a Honduran man, was arrested following the accusation by an 11-year old girl that she was molested by a man aboard the Disney Magic. According to the report from the Miami/Fort Lauderdale television station, the incident occurred aboard the Disney Magic’s December 18th 5-Night Western Caribbean cruise which returned to PortMiami on Wednesday. The young girl told her parents that the 31-year old Juan Manuel Palma-Ortega fondled her three times during the cruise.

Miami-Dade police detained Palma-Ortega back at PortMiami on Wednesday December 23rd, where he allegedly confessed to the crime. He was charged with three felony counts of lewd and lascivious molestation of a minor and is being held without bond.  He’s also being held on an immigration hold, subject to possible deportation. Ortega was ordered no bond in a Miami-Dade courtroom Thursday. You can lookup the case information using the case number F-15-026200 on the Miami-Date County Clerk Criminal Justice website.

The information currently available does not note whether Juan Manuel Palma Ortega was a Disney Magic crew member or just another passenger. Jim Walker’s report over at cruiselawnews.com dug up some background information on Palma-Ortega that suggests he may have been a crew member.

I emailed DCL to see if they would tell us if this alleged despicable excuse for a human was a crew member or a passenger, but based on the nature of the subject and to a much lesser extent, the holiday break, I do not expect a response (primary because they are not going to want to discuss this matter with us).

Unfortunately, this is not the first sexual assault incident that has made it to the public forum. Regardless if he was a crew member or just a passenger, it goes without saying just because you are on a Disney Cruise does not mean you can let your guard down. In the previous case that involved a crew member, DCL immediately terminated his employment.

If any more information is released, I will update the post. 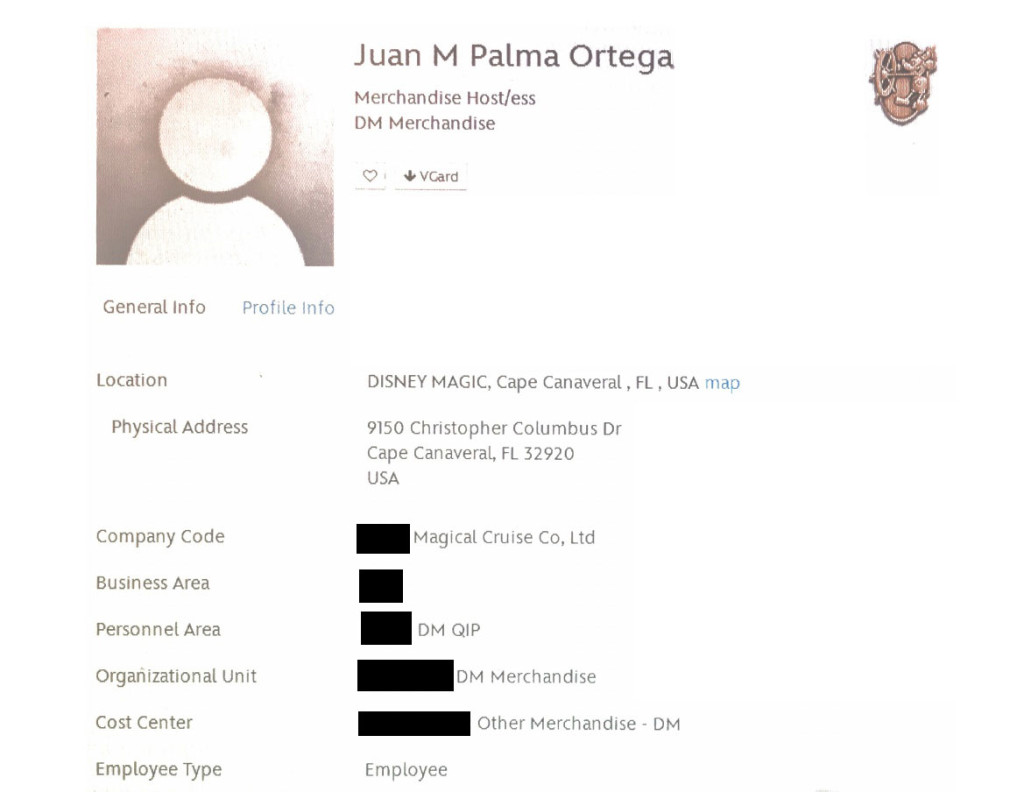 We still have not heard back from Disney Cruise Line on this matter. As a result, I am saying we ‘believe’ he was a crew member as it has not been directly confirmed to us or any legitimate news outlets.