Gillian Corley, head of marketing and Dave Coombs, head of Publicity for Disney Destinations International were in attendance to accept the award for Disney Cruise Line. 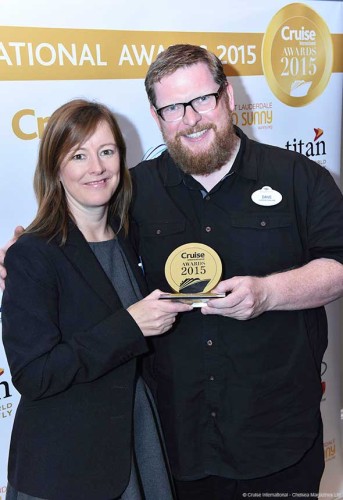 Liz Jarvis, Editor of Cruise International, said: “The Cruise International Awards 2015 are voted for by the people who go on cruises and the results are a real insight into consumer opinion. With new cruise lines making an impact in 2015 this year’s results have been very interesting. The cruise industry continues to go from strength to strength and we’re delighted to be able to play our part in recognising the extraordinary achievements and incredible innovation of this amazing industry.”

The Winners of the Cruise International Awards 2015