Disney Cruise Line will soon phase out their onboard character autograph request (Mickey Mail), a popular and unadvertised service offered via Guest Services across the fleet. For those unfamiliar with the service passengers could bring a pillow case, photo matting, autograph book or any other item along with markers to Guest Services. A request could be made to have specific characters sign the items during the sailings. On the last night of the cruise the items would magically be returned signed to your stateroom during turn down service. 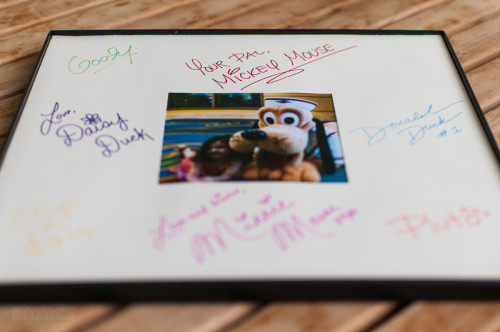 Discontinuation of the Mickey Mail character autograph request service will begin on all new Disney Cruise sailings embarking after August 7, 2015. The ship by ship discontinuation is as follows:

It appears DCL is not prohibiting these items from being signed during character meet and greets. However, this could change without notice.

Regarding autographs, non-official items can still be autographed in line. pic.twitter.com/jBL4VBmVKp

A reason for the change was not provided, but I would suspect demand has grown to a point where this previously little known service is becoming a common tip on blogs, message boards, Facebook and Pintrest that it is taking up too much of the hard working characters‘ free time. This was never an advertised service and for all intents and purposes was being done behind the scenes as a courtesy. Based on the feedback so far I can see this has been quite popular. I just ask that you put yourself in the character’s shoes and realize how much time they spend working to bring us a memorable cruise experience.

I would like to thank Sue from SmallWorldVacations.com for passing along this information.

UPDATE: It appears that the Disney Parks Moms Panel acknowledged the Micky Mail service in a January 2015 Q&A.