Disney released a new video with a closer look at the set designs for Tangled: The Musical which debuts in November aboard the Disney Magic. The video features Brad Kaye, the set designer showing digital mockups of the different sets developed to immerse audiences in the world of Tangled. Brad also had a hand in the design of the Disney Fantasy’s version of Disney’s Aladdin – A Musical Spectacular. Below the video you will find screen shots of the various set designs from the video.

Tangled: The Musical will transform the Walt Disney Theatre into the world of Tangled we all know from the animated film. In all there are eleven different locations created for the show. These sets range from stage filling scenes to intimate moments that bring the show into the audience.

Just as in the film, the show starts off in Rapunzel’s tower. 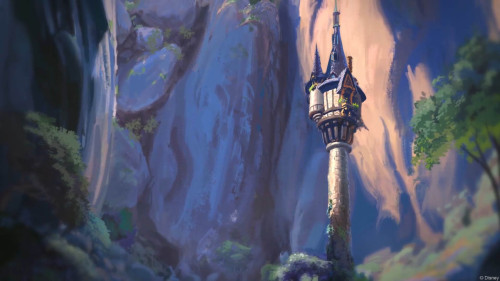 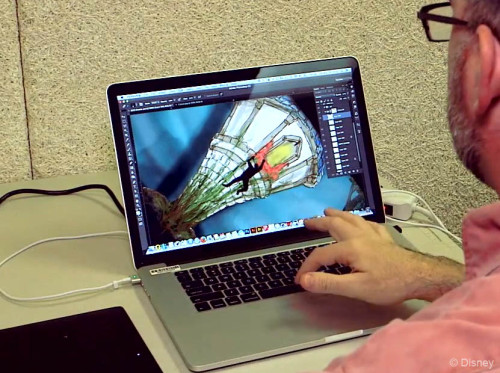 This interior shot is not new, but it was worth revisiting to show the detail put into the show development. 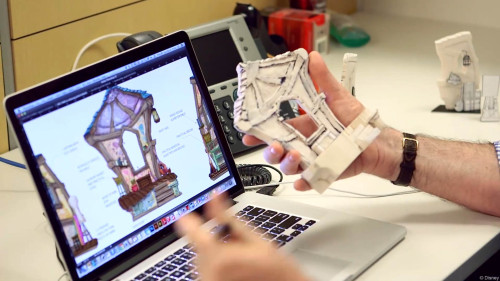 The forest is another backdrop for the action. 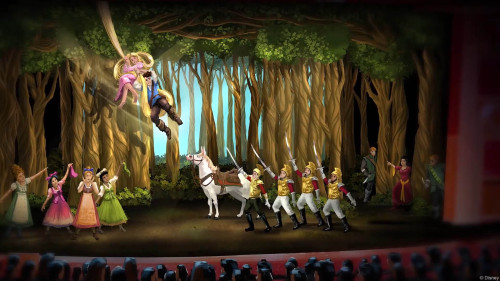 One of my favorite scenes in the film and the current stage adaptations in the other stage shows is the Snuggly Ducking. 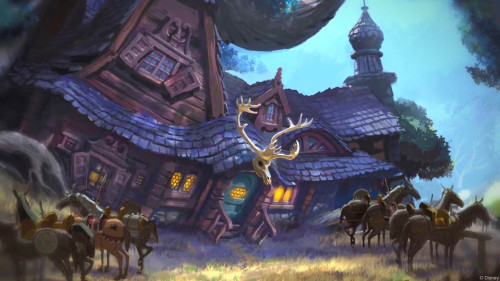 The Snuggly Ducking set below will definitely be used as the backdrop for I’ve Got A Dream! 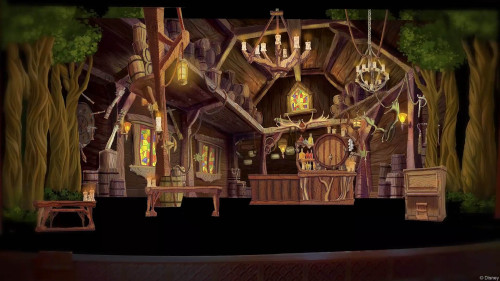 The town set includes the castle in the background and fills the stage for the kingdom dance. 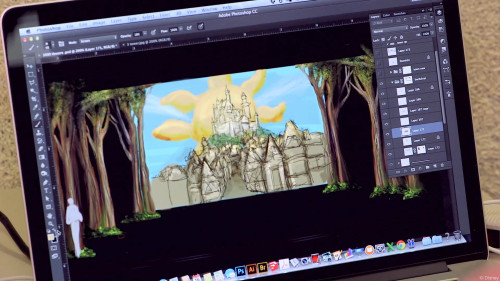 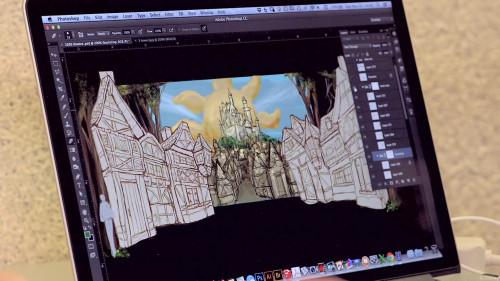 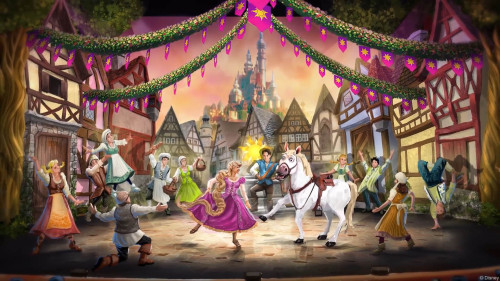 The lake set with the floating lanterns looks like it has the potential to be pretty epic with lanterns floating over the audience. 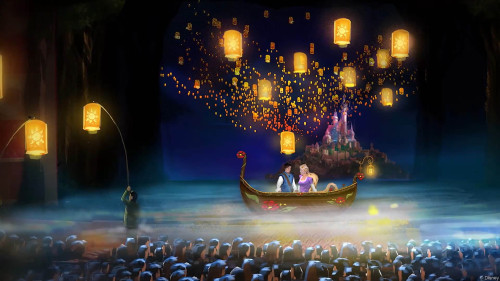 One Reply to “A Closer Look at the Set Designs for Tangled: The Musical”