A new video was released by Disney featuring an interview of sorts with Tangled: The Musical’s costume designer, Paloma Young. I want to apologize for not posting this earlier, but the video was released just before we left for our cruise. The video is embedded at the end of the article with notable screen shots below. 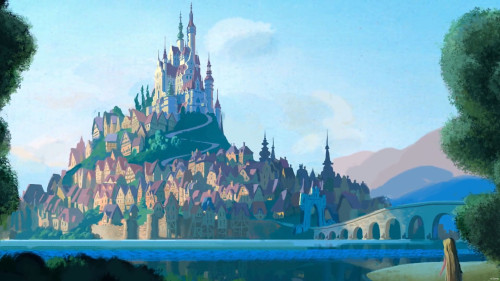 Paloma says she was inspired by the Bavarian-Geman architecture and the textures from 3D animation while coming up with ideas for the costumes. 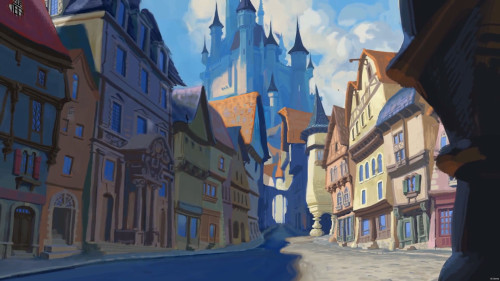 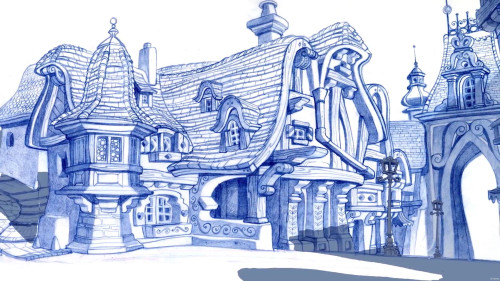 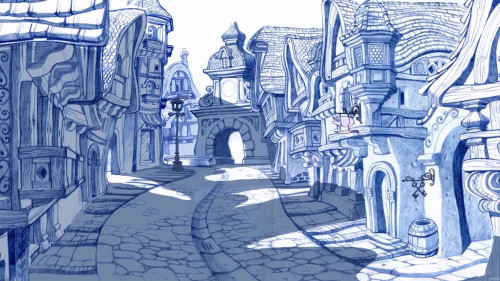 Rapunzel’s dress was inspired by a flower that was growing outside Paloma’s apartment. The basis for Rapunzel’s dress is the one she wears in the film with a rustic and woodsy twist. 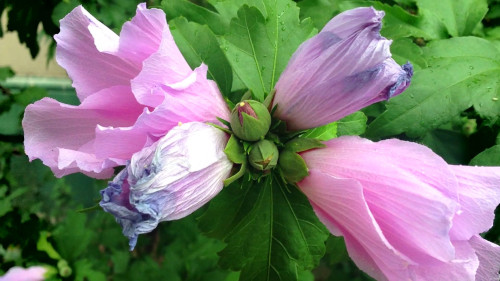 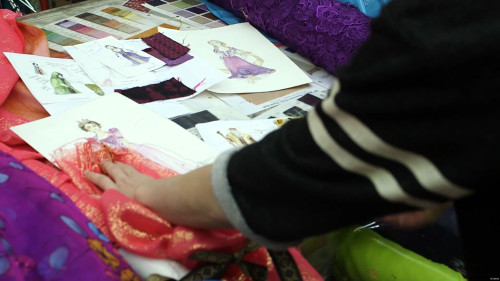 The idea for Flynn’s costume was the look of an old Hollywood handsome leading man. 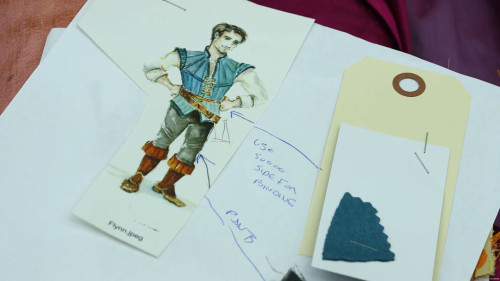 As  you can see from the drawings there is a great amount of detail in these costumes, but Paloma hopes guest do not notice the costumes or focus to much attention on them. 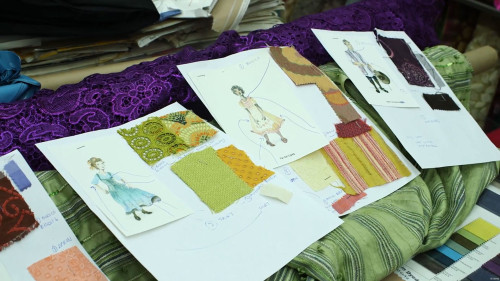 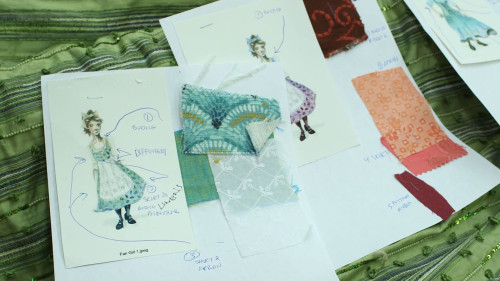 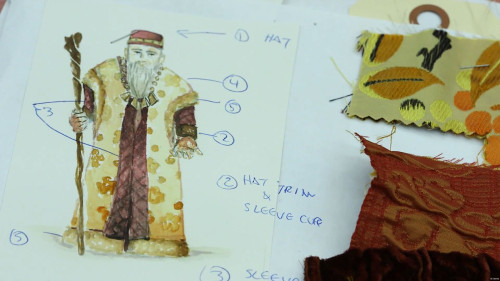 Instead she wants guests to notice the overall feeling as the costumes are supporting the overall look of the production. Well, except for one costume… 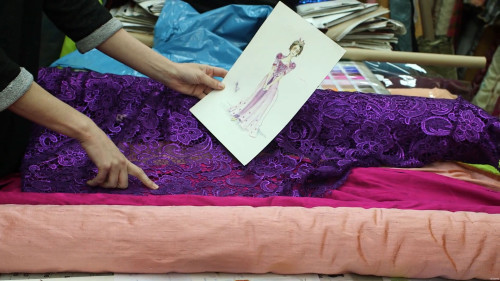 The finale of Tangled: The Musical will feature very special princess dress that will be noticed.