The other night, I was cleaning up some of my bookmarks and revisited the website for International Design and Entertainment Associates (IDEA), an Orlando based designer of branded port of call destinations specializing in marine and waterfront development. Before we go any further, I will admit this post is hovering on the edge of clickbait and most likely much ado about nothing. However, it is worth presenting here as there is a very slight connection to Disney Cruise Line. 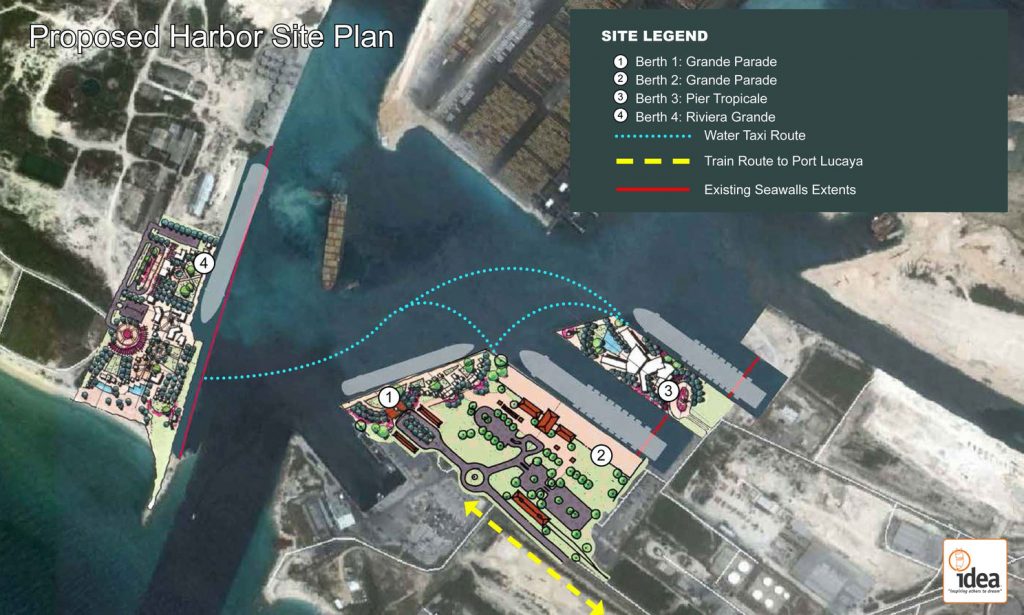 IDEA’s latest entry on their cruise page features concept art for port redevelopment and expansion project along with a proposed harbor site plan for Port Grand Lucaya in Freeport, Bahamas. The Grand Bahama Port Authority is listed as the client with IDEA filing the role of vision planner and designer. According to a USA Today article, the Lucaya Harbor Cruise Facility underwent a $10.9 million investment in early 2000’s which added a new terminal and a new shopping area.

I reached out to IDEA for more information on the current status of the proposal on their website, but I’ve not heard back.

Here is a look at the overall scope of the proposal using a current Google satellite map with the proposed harbor plan overlaid to show how it could potentially enhance the current port and create an all new berth across the harbor.

Our longtime readers, may be familiar with IDEA as they provided a glimpse into DCL’s future way back in 2013 when concept art featuring a Disney Cruise ship was published for the Tortola Pier Project. In that case, DCL eventually signed a berthing agreement and added Tortola as a regular port of call for the Disney Fantasy’s Eastern Caribbean sailings.

Moving back to the Port Grand Lucaya proposal there are a few conceptual renderings published showing what would be a new cruise berth across the harbor named Riviera Grand Cruise Berth.The proposal shows water taxies would be used to shuttle guests between berths 1-3 and berth 4. 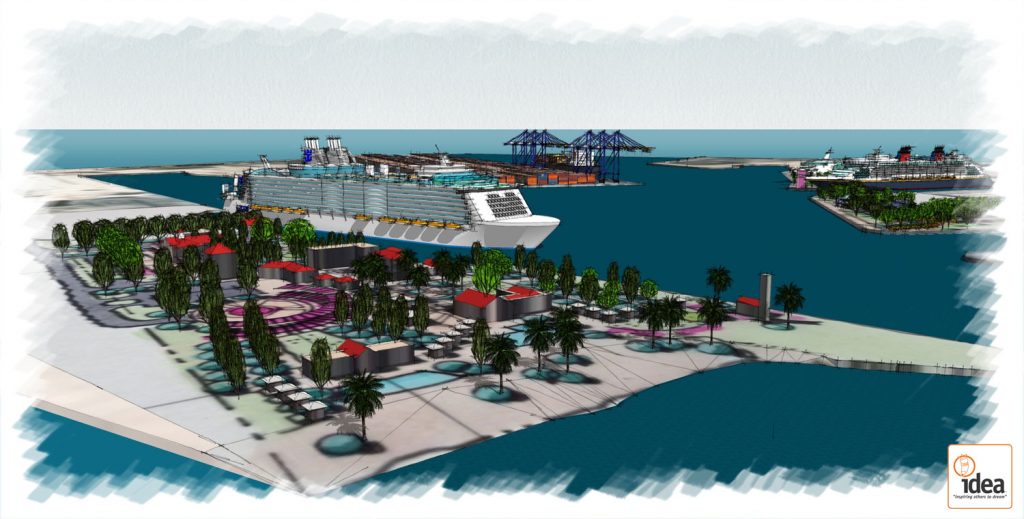 Notice anything in the image? Look across the harbor in Berth 2… Looks to me like a Disney Cruise ship docked in Freeport. 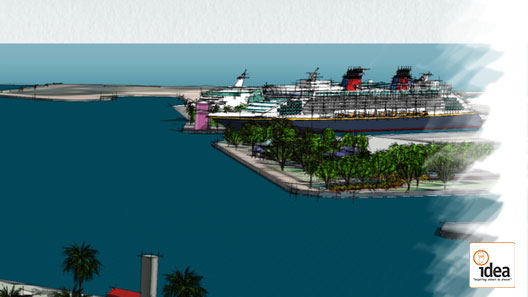 What are your thoughts on the proposed Port Grand Lucaya project?  Would you book a new cruise or move an existing cruise to one that included Freeport?