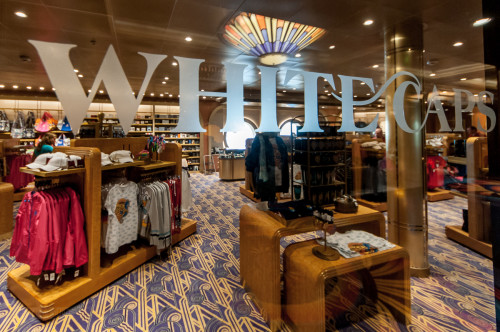 In addition to the brand presence at Walt Disney World Resort and Disneyland Resort, Disney Consumer Products, is creating an original collection of beautifully designed Disney-themed jewelry launching at retail locations this fall.

According to PANDORA, Disney-themed products have been a common wish of their customers for years. With the new alliance PANDORA will now be able to fulfill those wishes by creating a brilliant assortment of charms that are the perfect balance of sophistication and whimsy. The PANDORA design teams have worked to build a collection that meets the exacting quality standards, preserves the integrity of the Disney characters we have all come to love over the years, and gives our consumers another way to share their stories.

“To say that PANDORA is excited about our relationship with Disney is an understatement,” said Scott Burger, President, PANDORA Americas. “Having a presence in the theme parks gives the brand another opportunity to engage with families and play a significant role in both the big and small moments of their lives.

The new collection of hand finished sterling silver and 14K gold charms will feature inspirations from some of Disney’s most beloved characters. The initial launch, expected to roll out to PANDORA stores early November 2014, will include 25 different styles; an additional 16 styles will be sold at Disney merchandise locations, including the Walt Disney World Resort and Disneyland Resort. The Disney collection from PANDORA will also be available in PANDORA stores throughout Canada, Mexico, Puerto Rico, Central America and the Caribbean in November.

“We’re looking forward to the opportunities ahead through our alliance with PANDORA,” said Tiffany Rende, senior vice president of Disney Corporate Alliances and Operating Participants. “In addition to debuting a new line of PANDORA jewelry at retail that we know will be a fan favorite, we are collaborating on other product lines and guest experiences at our domestic Parks and Resorts.”

Starting in 2015, Pandora will become presenting sponsor of the Tinker Bell Half Marathon Weekend held annually at the Disneyland Resort.

It is not clear, but this new alliance may lead to the phasing out of the Disney-themed Chamilia charms that have been sold on property and the unique charms sold on the ships which has recently been expanded. If you read between the lines, as I did, in the Disney Parks Blogs comments where it was stated, you may still find select Chamilia items at this time.