This all new trading pin will be released to commemorate the 2014 Halloween on the High Seas cruises. The limited edition pin will only be sold onboard while supplies last. The pin is inspired by the Pumpkin Trees that will be featured in atrium of each cruise ship. 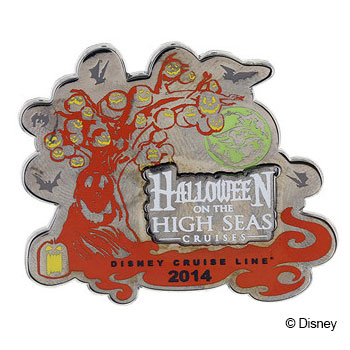