Disney Theme Park Merchandise provided a preview of a new open edition Disney trading pins that will be released in July across the Disney Cruise Line fleet along with one marvelous pin aboard the Disney Magic. 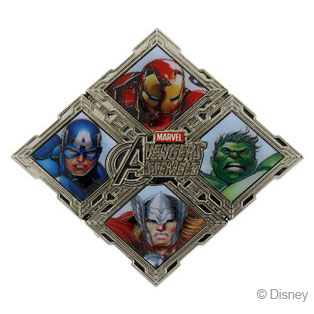 Mickey Mouse is featured lounging on a hammock between two palm trees at Castaway Cay with a Disney Cruise ship in the background during a beautiful island sunset. This open edition pin will be available across the fleet in mid-July. 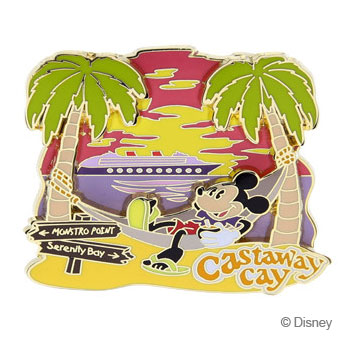 Mickey, Minnie, Goofy, and Pluto are up on deck in this open edition pin. The overall shape of this pin reminds me of the shape of a ship. The Gang is a pin on the background pin. 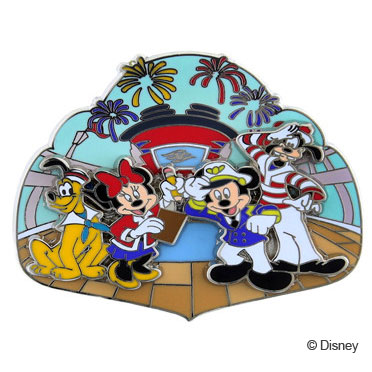