In early 2013, Joffrey’s Coffee and Tea Company, entered into a long-term strategic alliance replacing Nescafé as the standard coffee offering at Walt Disney World Resort, Disneyland, and the Disney Vacation Club properties. However, at that time DCL was not included in the changeover, well that time appears to be over. Joffrey’s Coffee machines are replacing the Nescafé machines at sea. According to a few reports the new machines were installed aboard the Disney Fantasy on May 31st, Disney Wonder on June 2nd, Disney Dream on June 10th, and were already available on the Disney Magic during last week’s Mediterranean cruise. 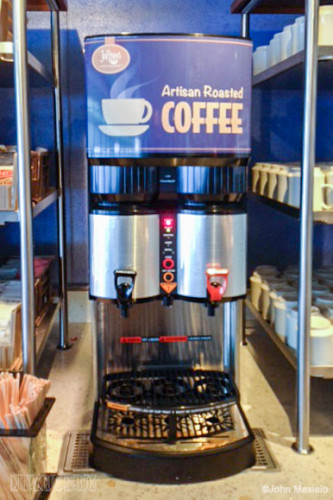 Have you tried the new Joffrey’s Coffee onboard? Would you call this is an improvement?