The reimagined Disney Magic returned to PortMiami this afternoon in the midst of a 4-night Bahamian cruise. The itinerary had the Disney Magic enjoying a magical day at sea today sailing between Castaway Cay and Key West. According to first hand reports on the Disboards and in an email I received from a passenger on board, Captain Robert announced they would briefly return to Miami for “critical technical supplies.” The Captain went on assuring passengers that they will still make it to Key West on schedule. 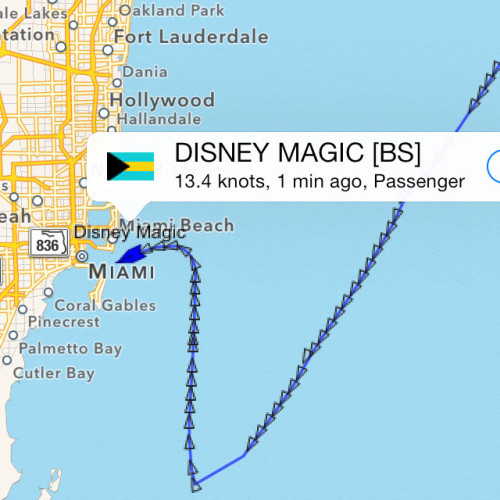 Based on the AIS tracking history, the Disney Magic made a u-turn indicating this was not a pre-planned diversion. 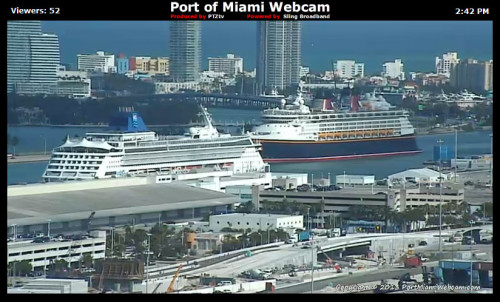 Passengers are also referencing issues with the plumbing and the flushing of toilets.

We reached out to Disney Cruise Line who confirmed that the Disney Magic returned to Miami to pick up supplies. However, no addition details were provided as to the reason for the supply run.

After approximately 90 minutes the Disney Magic departed PortMiami with the essential supplies. 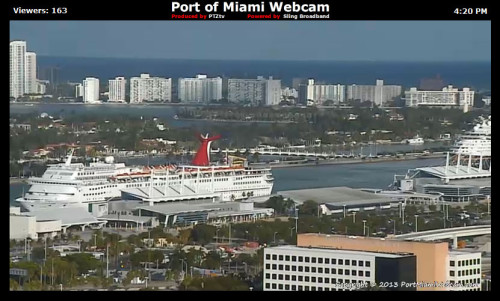 If you are on the ship or have any information please share in the comments.