The Disney Wonder arrived in Galveston, Texas early this morning (around 6:30 CST) following her Panama Canal cruise marking the end of her summer summer sailings on the West Coast in Alaska. The arrival in the great state of Texas is also the Disney Wonder’s inaugural visit to the Port of Galveston. Just over a year ago, the Disney Magic delayed her inaugural arrival until after sunrise donning a Texas-sized cowboy hat.  In contrast, the Disney Wonder just arrived as if any other day. 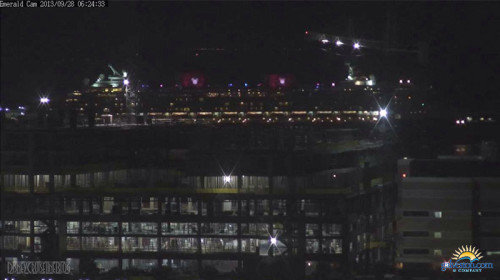 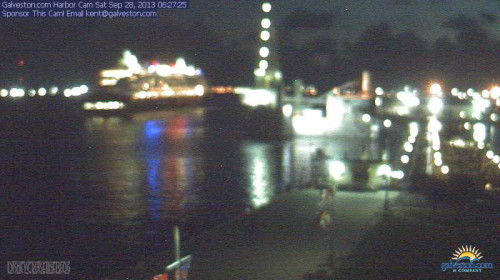 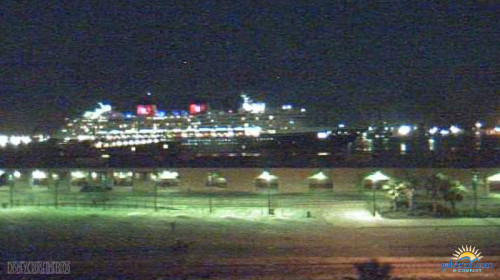 The Disney Wonder will begin her stint in Galveston with a series of alternating 7-night Bahamian and Western Caribbean cruises through mid-December. The Western Caribbean itinerary will feature stops in Cozumel, Mexico, Grand Cayman, and for the first time Falmouth, Jamaica on October 8th. The Bahamian sailings will visit Key West, Nassau, and Disney’s private island Castaway Cay.

The last sailing for the Disney Wonder from Galveston will be crew only and sail without passengers on a repositioning cruise to Miami.  The Disney Wonder will sail on two cruises before heading to a 10-day dry dock.  This will also mark the end of Disney Cruise Line’s time using Galveston as a homeport. 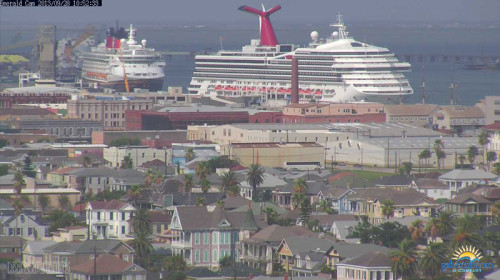 Are sailing on any of the Disney Wonder’s Galveston cruises? If so, we would appreciate it if you would be willing to share your Personal Navigators.  You can [EmailMe] them in any format that works best for you.