The [Disney_Magic] arrived in Galveston this morning, saluting the Lone Star State with a cowboy hat on the funnel.

“The city and the Port of Galveston have made the officers and crew members of the Disney Magic feel right at home, and we are so happy to be here,” said Disney Cruise Line Captain Olmer. “With these sailings, families from the central southern U.S. have the opportunity to sail from a port close to their own backyard. While in Galveston, families can enjoy the historic district, beaches, museums and festivals and soak up that famous Southern hospitality.” 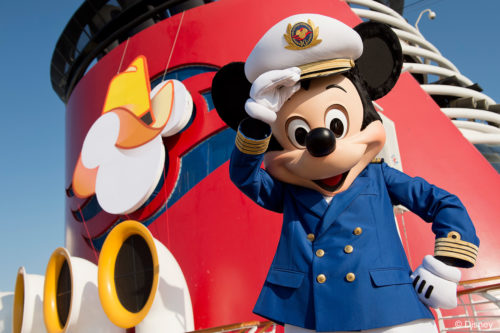 Members of the Ghostriders equestrian drill team from Houston galloped nearby as the ship sailed into port. 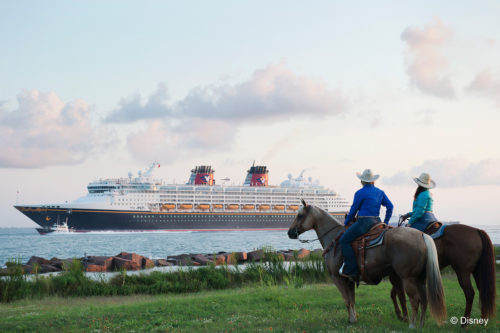 To salute its arrival to the Lone Star State, the Disney Magic donned a Texas-sized cowboy hat on the ship’s funnel as crew members and Disney characters waved from the upper decks of the vessel. 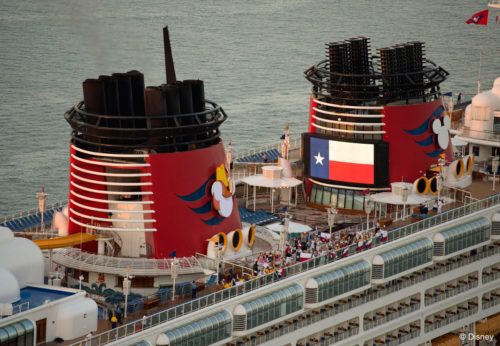 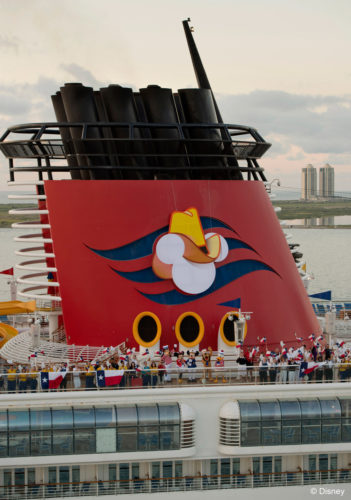 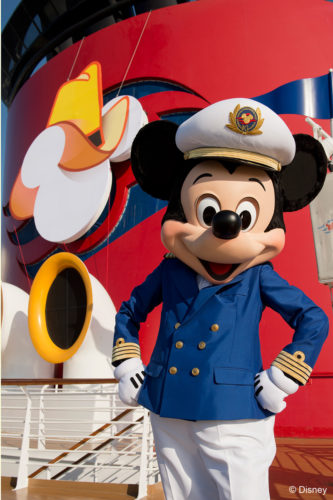 The Disney Magic will continue sailing from Galveston until May 2013, when the ship will reposition to Barcelona for a fourth summer in the Mediterranean. In September 2013, the [Disney_Wonder], sister ship to the Disney Magic, will arrive in Galveston and sail 7-night itineraries through the end of the year.