Disney released the latest video in the Disney Magic Re-Imagined video series hosted by Danny Forster focusing primarily on the upper deck pool enhancements such as the Twist ‘N Spout waterslide, the AquaLab, and the most trilling waterslide yet, the AquaDunk. 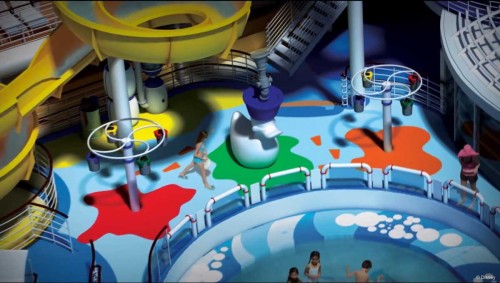 This is an new view (I believe) of the AquaLab’s Twist N’ Spout waterslide.  Twist n’ Spout is for guests between 38 and 64 inches tall. 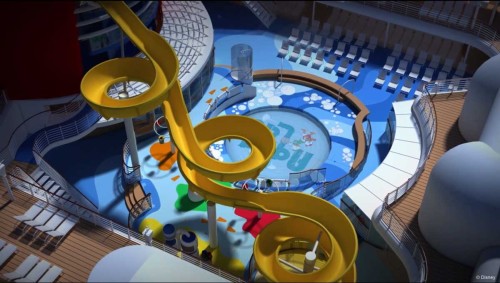 Hopefully, the teaser by Danny Forster at the end of this video leads into the next installment; the upper deck dinning enhancements to Palo, the transformation of Topsider Buffet into Cabanas, along with the quick service locations of Pinocchio’s Pizzeria, Pete’s Boiler Bites, and Daisy’s De-Lites.

The transformation of the Disney Magic began at the Puerto Real shipyard in Cadiz, Spain on Monday and is currently scheduled to sail from Miami on October 20, 2013.