Disney Cruise Line released a new video this morning with new details on Marvel’s Avengers Academy which will be added to the Disney Magic during her overhaul this fall.  Marvel’s Avengers Academy will be an all new muli-day experience built into the Oceaneer Club that will give young guests a chance to immerse themselves in the world of Avengers. 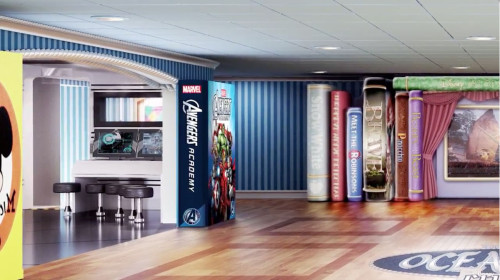 According to Imagineer, Danny Handke, Marvel’s Avengers Academy will be themed like the S.H.I.E.L.D. Helicarrier.  This all high tech space will be the training area of the next generation of recruits for the duration of the cruise.

As part of the immersive experience, kids will have the opportunity to participate in some amazing activities that will identify their unique super hero skills inspired by their favorite Marvel movies.  Additionally, there will be a tie in to Disney XD’s new show Marvel’s Avengers Assemble. 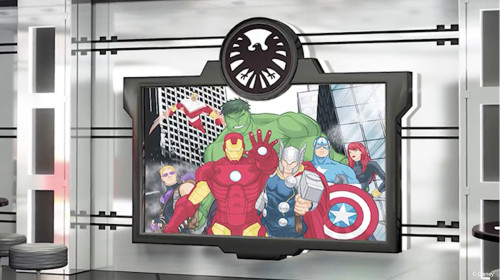 We learned on Monday, that Captain America’s shield and Iron Man’s suit will be included in the Avengers Academy, but today we found out that Thor’s hammer mjölnir will also be on display accompanied by great special effects to help inspire the young recruits.

The Oceaneer Club youth councelors will lead the kids into a truly immersive experience surrounded by some amazing technology with an incredible payoff… An appearance by Marvel’s Captain America.  Check out this article on StitchKingdom.com which has additional photos and video of the Captain America Meet and Greet from the Disney 23 Expo. 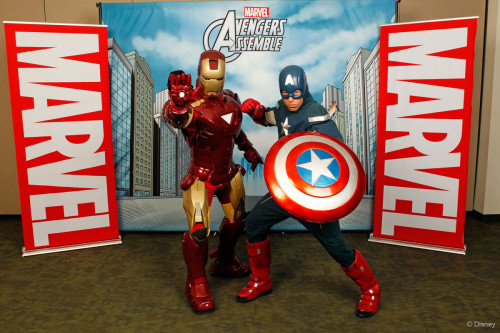 At the end of the muli-day Avengers Academy experience every kid will have a chance to show off their super hero powers with Captain America.

I really cannot wait for the open house on embarkation day to see this area for myself. When the re-imagined Disney Magic returns to service on October 20, 2013 it will be the first in the fleet to have 5 captains; The Captain, Captain Mickey, Captain Jack Sparrow, Captain Hook and now Captain America!  Do you think your little one will enjoy this new experience?