Earlier this week Disney released the latest in the Disney Magic Re-Imagined video series hosted by Danny Forster focusing primarily on the enhancements targeted for adults.

Beat Street as we know it know will be reimagined into After Hours featuring three unique spaces; Keys, O’Gills, and Fathoms each of which will have a different dynamic feel.  According to Peter Ricci, Show Design & Production Manager for WDI, Beat Street will be reinvented into a refreshed and exciting area for guests to enjoy.  During dry dock the space will literally be gutted and refitted with all new material, fixtures, and furnishings, much like you would see on a home improvement show where the house is ripped down to the studs.

Fathoms, will take over the space known as Rockin’ Bar D.  Fathoms is all about being on a ocean cruise bringing with it a deep connection to the sea.  Fathoms can be very calm, but just as the ocean itself will transition and come alive with excitement.  This video also provided a nice view of the new logo designed for Fathoms which plays nicely off the waves in the Disney Cruise Line logo. 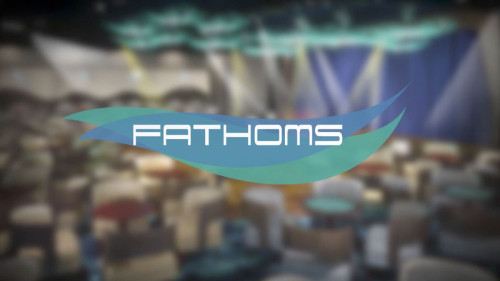 Sessions will be continue to be a low key adult lounge with a fitting new name, Keys.  The smallest adult venue on the Disney Magic will feel much like a New York City after hours club you would go to relax, have a drink and enjoy some soft piano music in an intimate setting. 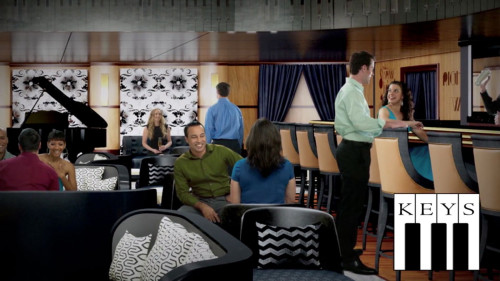 Diversions, which is my favorite adult venue on all of the ships will be seeing a facelift into O’Gills.  Forster states in the video that O’Gills will be an all new Irish Pub featuring great music and drinks but, the fact of the matter is that Diversions will be re-themed into O’Gills which debuted on the [Disney_Fantasy] in 2012.  New to the Magic yes, all new venue.. not so much.  It even appears the renderings being used are from the Fantasy.  The floor plan does not really match up as Diversion was a large space with the bar tucked back in on the right hand side as you enter.  It will be interesting to see if the open low seating area is maintained as this was a great place to sit back, relax, and watch a football game. 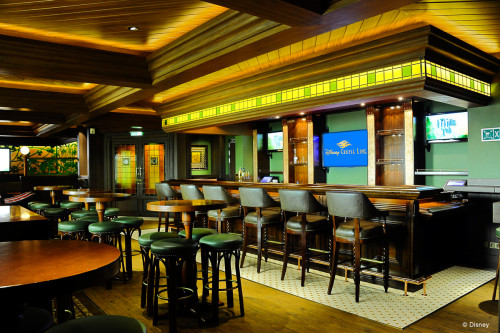 The video briefly mentions the changes planned to bring a fresh new look to Palo and the transformation of the Vista Spa to Senses Spa & Salon.  We’ve heard about these two changes in previous videos so I will not spend much time on these venues, but I would like to point out on part of the video.  At the 45 second mark where the topic transitions from the Senses Spa to Palo, the illustration will lead you to believe the Spa is aft while Palo is forward.  I am sure conspiracy theorists may run with this and start discussing the swapping of  these venue locations.  However, I think it is just an oversight in the video transition.

To watch all the videos in this series check out the dedicated page for the Disney Magic Re-Imagined video series.