Back in September, we were all given a brief preview of the Holiday Merchandise that was going to be sold on the Disney Cruise Line ships between Thanksgiving and the New Year. Then in October, two ornaments appeared on the DisneyStore.com. Beyond the sneak peak and the two ornaments, not much was know about this new offering of holiday merchandise. This past week we sailed on the [Disney_Fantasy] and went on a little bit of a shopping spree. Don’t worry; we left some behind.

The pajamas were mostly a green and red plaid pattern flannel; typical of the season and embroidered with the Disney Cruise Line Holiday ornament logo. 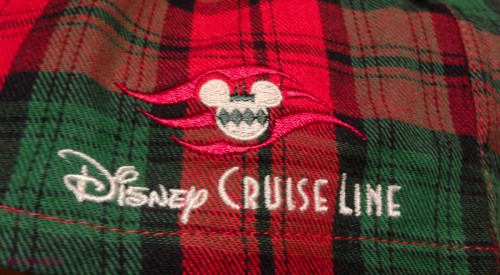 Some of the PJs have metallic green threads which really make them pop under the lights in Mickey’s Mainsail. 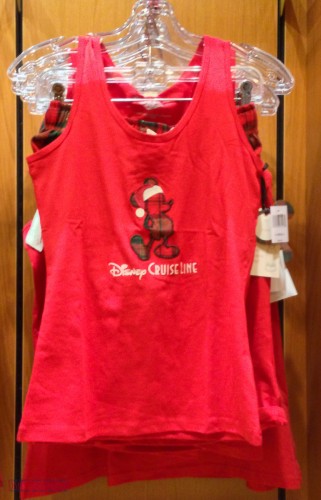 The flannel pajama boxer shorts were $24.95. These appear to be unisex, and are a different style from the shorts included in the 2-piece pajama set. 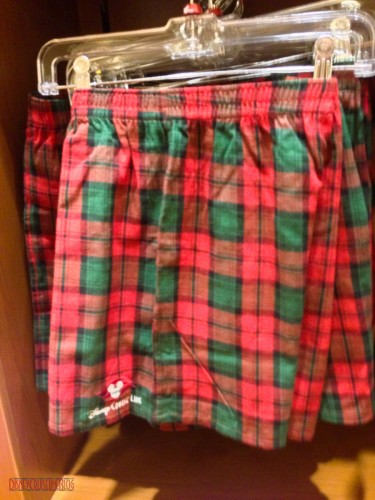 The nightgown shirt had the metallic green thread and sold for $39.95. 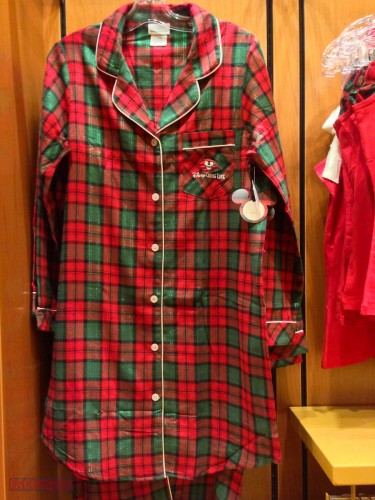 There was not much in terms for men other this henley shirt which could be worn as a pajama top & sold for $34.95. The flannel shorts were sold in all sizes if you wanted to piece together a set of men’s pajamas. 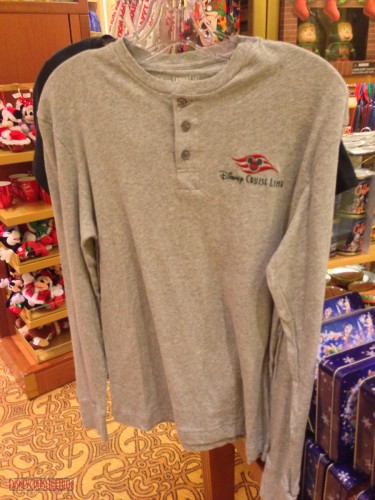 T-Shirts
The majority of the t-shirts available featured the Cruising Through the Holidays logo, and were for adults & kids. There was a long sleeve version ($29.95), as well as short sleeve version ($24.95) in pink, light green, and dark green. 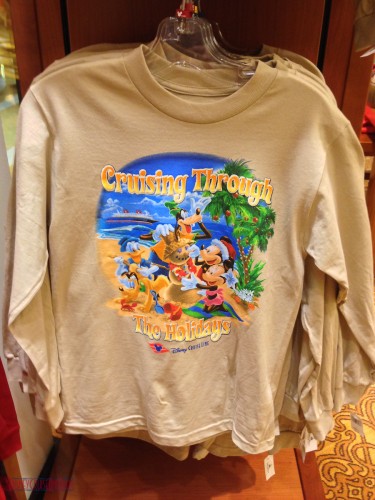 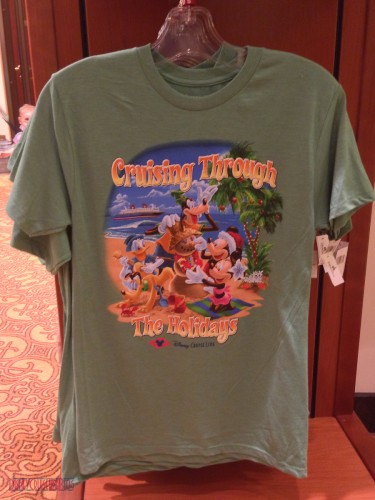 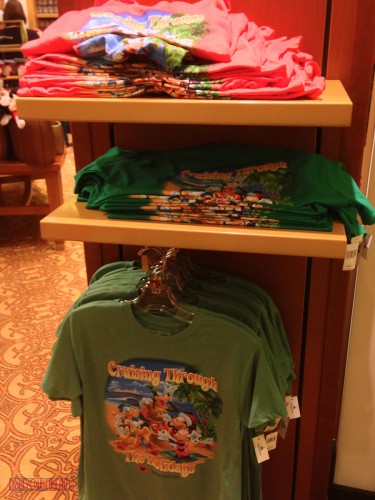 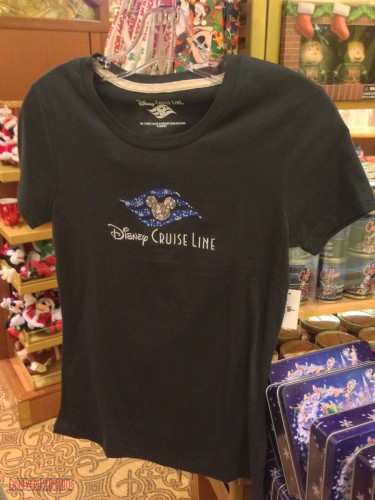 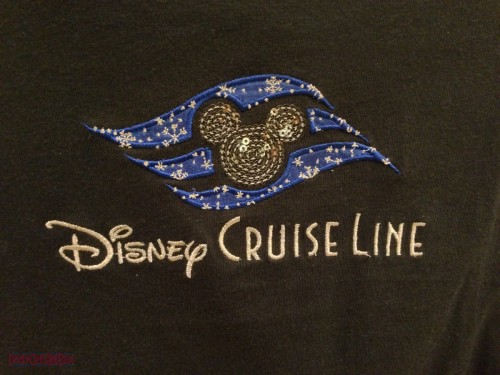 You could decorate an entire tree with the ornaments available onboard. The glass ball ornaments were mostly the kind with the shrink wrap graphic over the glass ball. 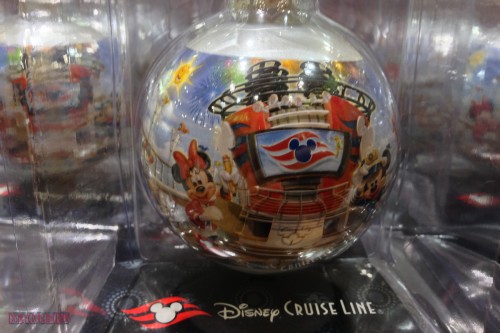 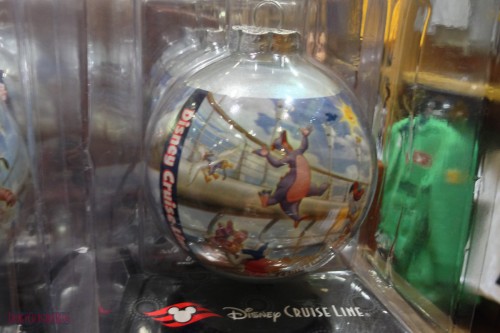 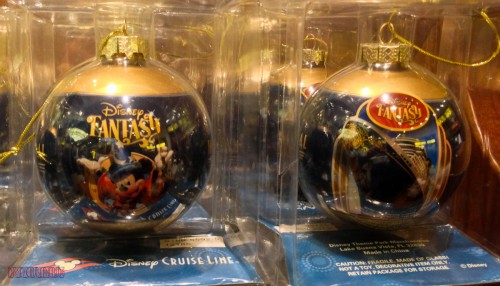 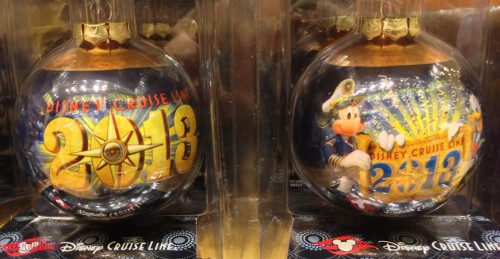 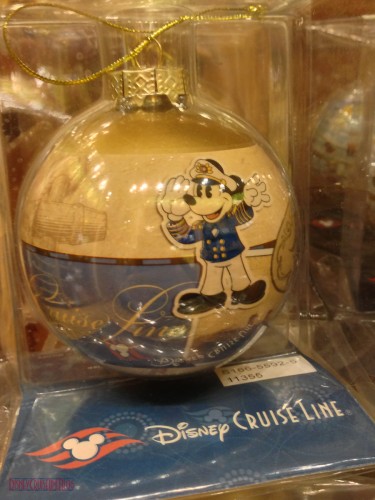 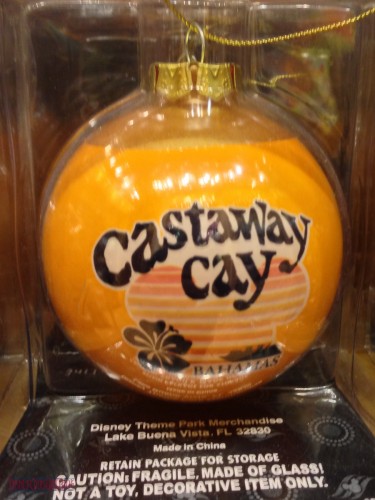 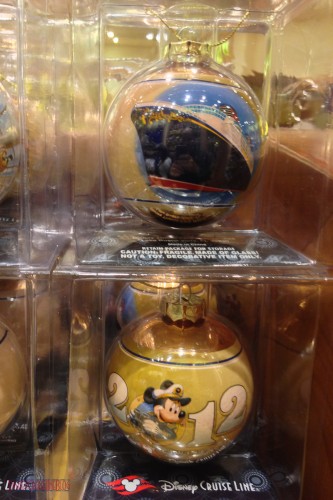 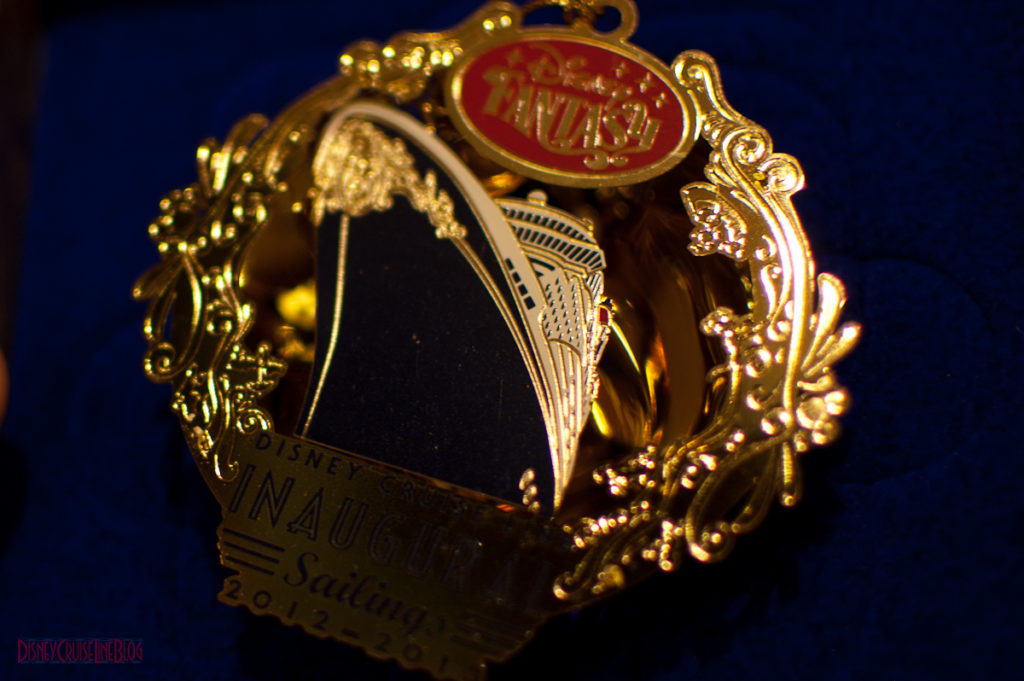 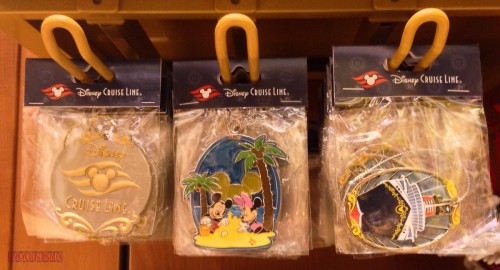 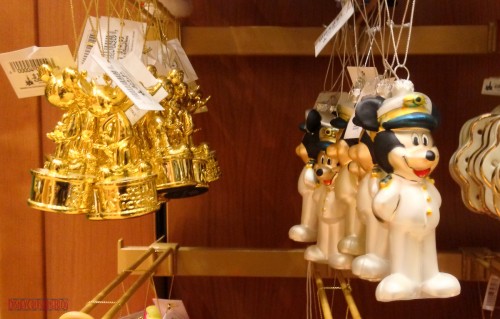 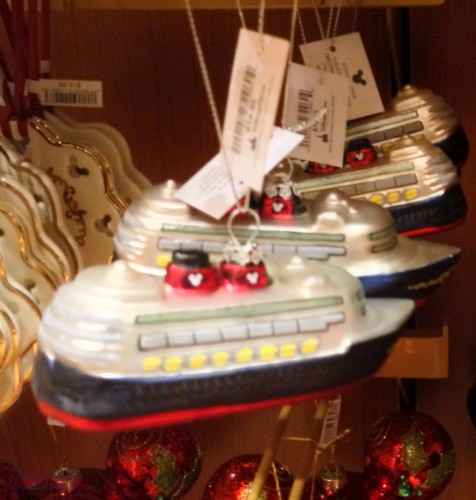 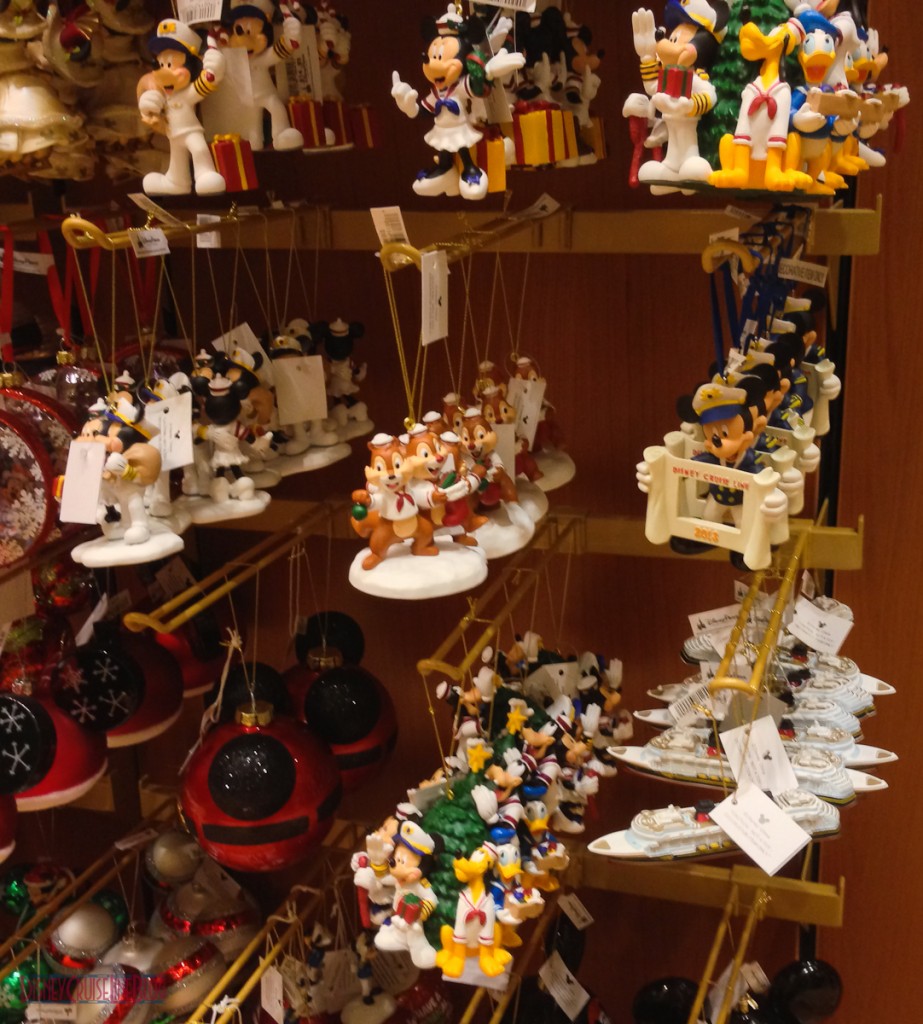 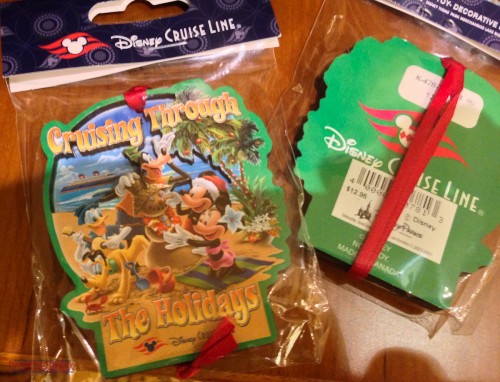 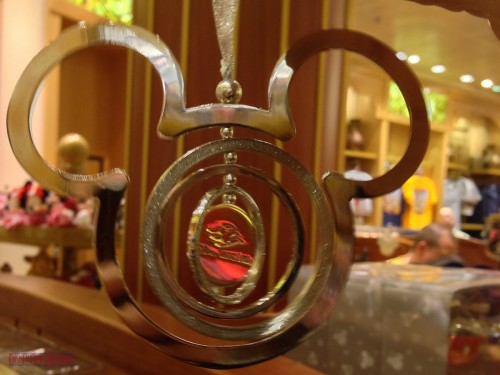 I’m a sucker for a coffee mug and these two shiny beauties are now in my collection. Each mug has a mirrored green/red finish with the holiday Disney Cruise Line logo ($9.95 each) . 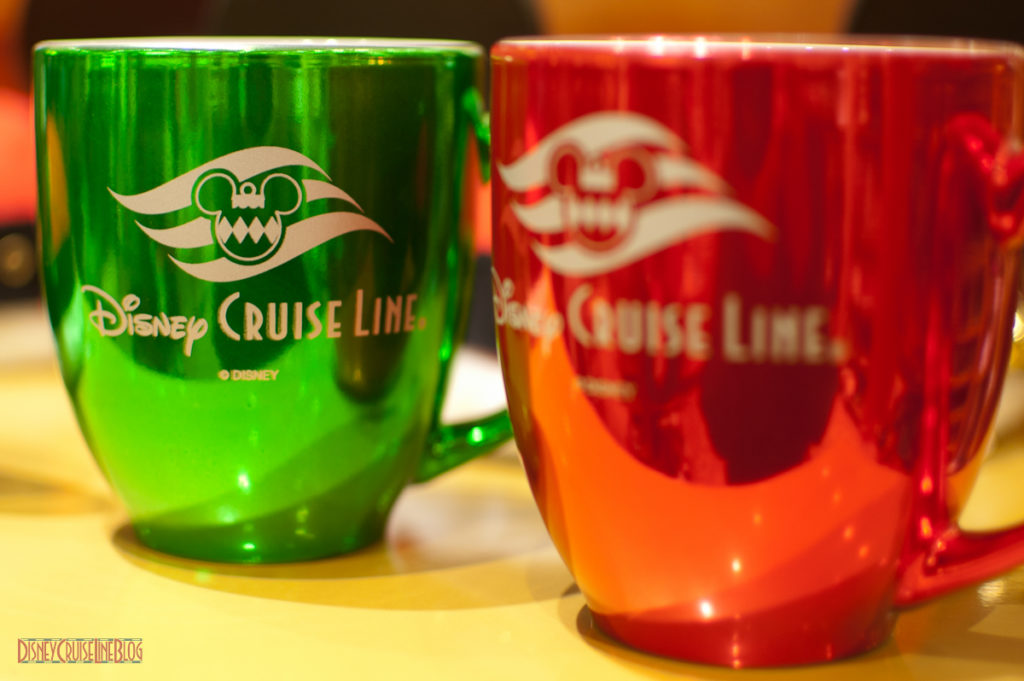 We found out this morning that these mugs are not microwave safe!!!  One would assume that this would be noted on the bottom of the mug. 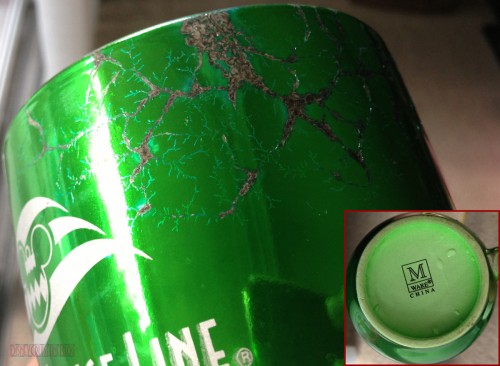 Just like the coffee mugs, there were two matching shot glasses for $8.95 each. 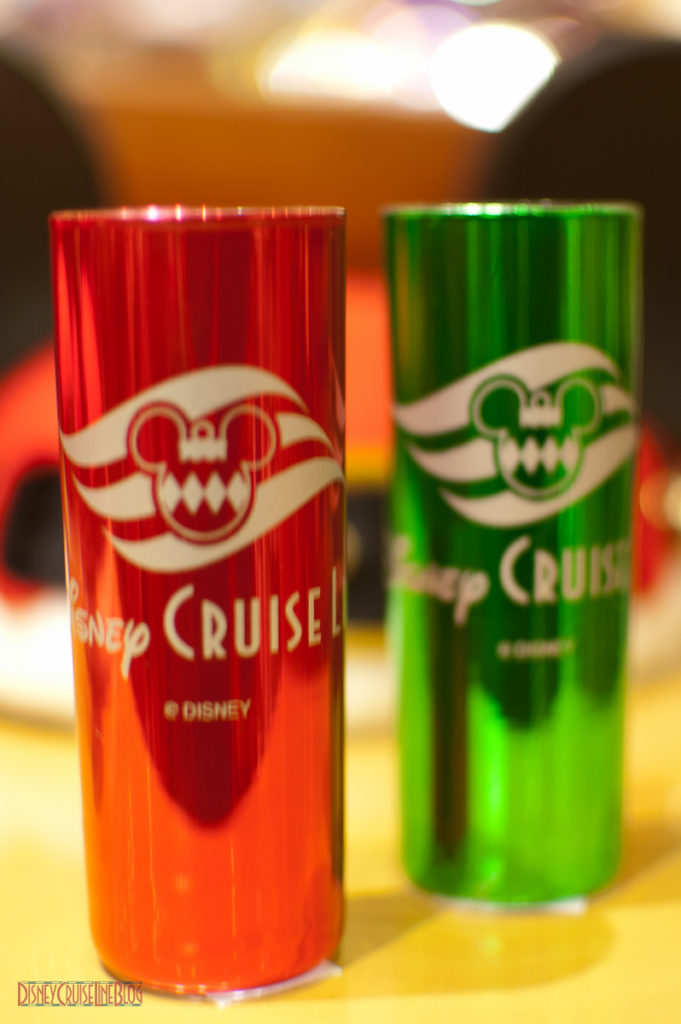 There were two holiday Disney Pins available on our cruise. Cruising Through the Holidays 2012 and Thanksgiving 2012. 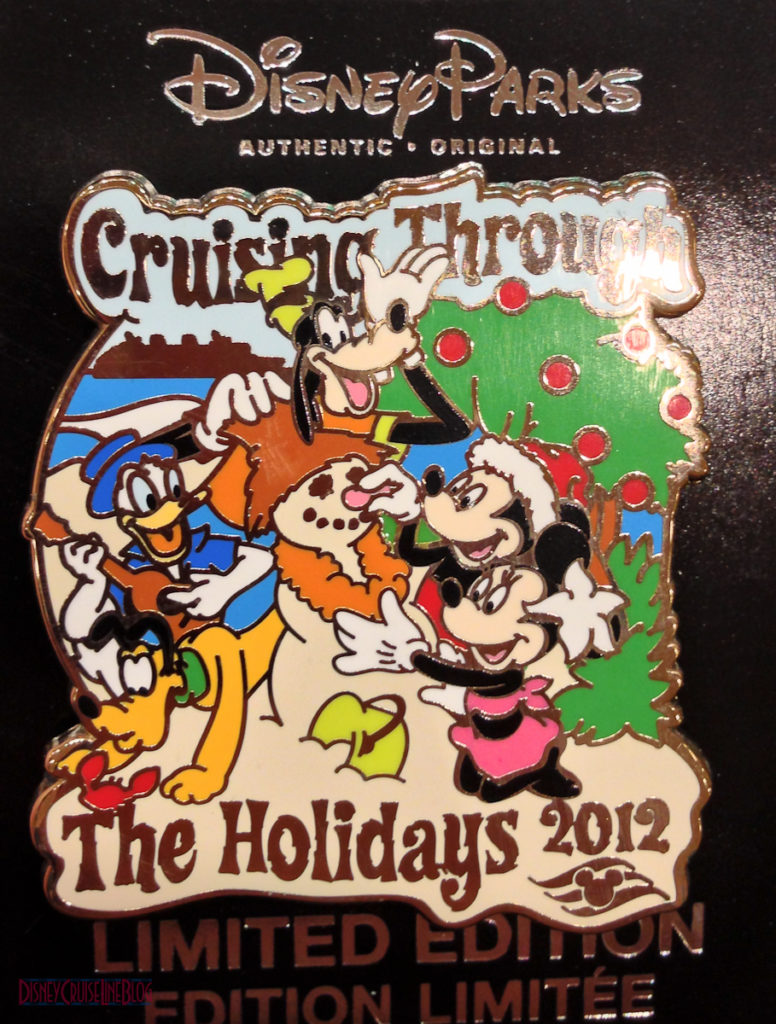 As one would expect, the Thanksgiving pin was already marked down. 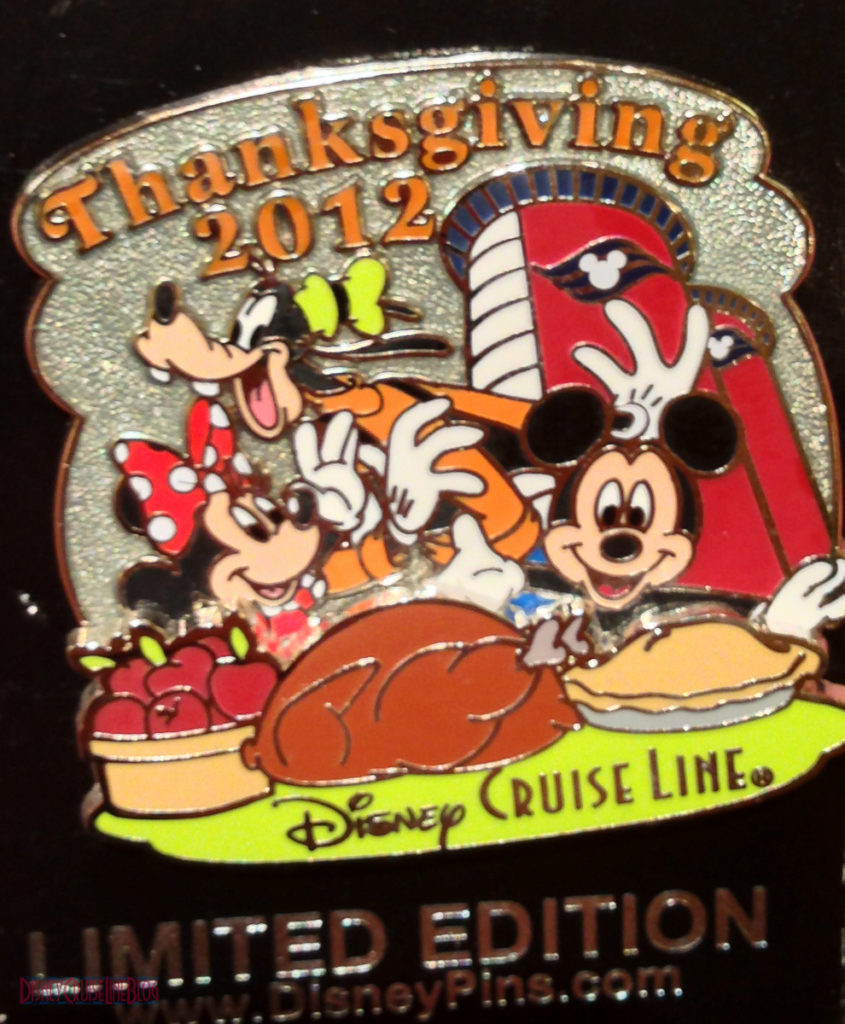 To take all this holiday merchandise home, you could buy a reusable tote bag for $4.95. The bag was sold out on the last night of the cruise, but I have a feeling it was restocked before the next sailing. 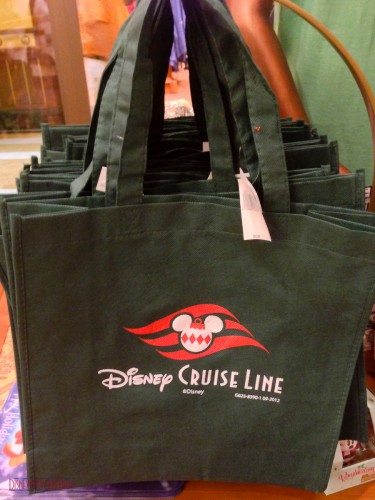 Much, if not all, of the holiday merchandise was marked down with the red clearance stickers by the middle of the cruise. Discounts seemed to average about 40% off. Luckily, we waited until this merchandise went on sale before making our purchases.

What do you think about the special merchandise offerings this year?