The Magical Cruise Adventure game was developed for Disney Cruise Line by PrizeLogic, an interactive promotions and sweepstakes developer.  Recently, PrizeLogic was named a Promo’s Pro Awards 2012 Finalist for Best Web-Based Campaign.  The game was developed with a goal to create an immersive online promotion that would connect players with the Magic of Disney Cruise Line.  PrizeLogic’s primary objective was to increase user participation and overall traffic to DisneyCruiseLine.com. 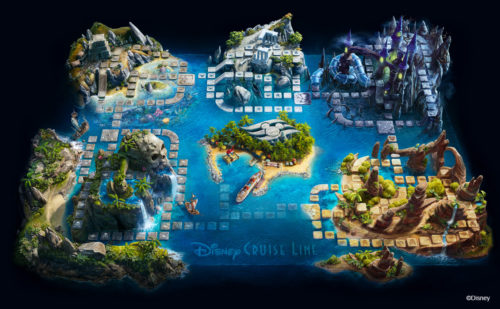 The purpose of the game was to educate Disney Cruise Line’s key demographic (parents, grandparents, and Disney enthusiasts) about all the amenities and activities available on a magical Disney Cruise.

PrizeLogic leveraged Disney’s magic of storytelling into an interactive board game, taking players on an adventure through five treacherous islands full of Magical Experiences.  Each island, based on a port of call was guarded by a Disney Villain.  The unique board game concept was an attempt to encourage repeat visits to the site by increasing the potential grand prize.

There was very little paid advertising for the campaign, as it relied heavily on social networking.  Players could recruit friends to join their crew, thus increasing the maximum amount of  upgrades, one could recover.

The promotion is currently in Part IV: Magic to the Western Caribbean and is overall a huge success for Disney Cruise Line.  For the first half of the year, the promotion generated an excess of 1.6 million entries, more than 8 times Disney’s goal.  Users played an average of 13 times averaging 8 minutes on the website.  This visit duration is 300% higher than past Disney promotions!

How many entries have you earned so far?