About a month ago, I proposed the possibility of the Disney Wonder sailing to Jamaica on 7-Night Western Caribbean cruises from Galveston, Texas.  This speculation was based on a mystery ship, PAJ43-12, on Cruise Jamaica’s Port Calendar beginning January 14, 2014.  PAJ43-12 is referenced 71 times on alternating Tuesdays through May 2016.  These calendar entries were created on May 28, 2012 shortly after the news that Jamaica had been wooing Disney Cruise Line Executives. 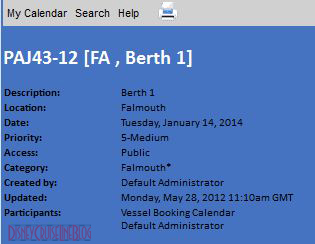 Then last week, I sent an email to the Port Authority of Jamaica to inquire about the mystery ship, PAJ43-12. To my surprise, later in the day, I received this reply, which was also CC’d to the Port’s Vice President of Cruise Shipping and Marina Operations….. 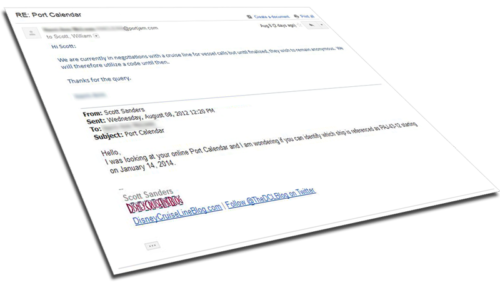 We are currently in negotiations with a cruise line for vessel calls but until finalized, they wish to remain anonymous.  We will therefore utilize a code until then.

Thanks for the query.

Is this just a coincidence, or is there something to this after all?  What do you think about a possible stop in Jamaica?