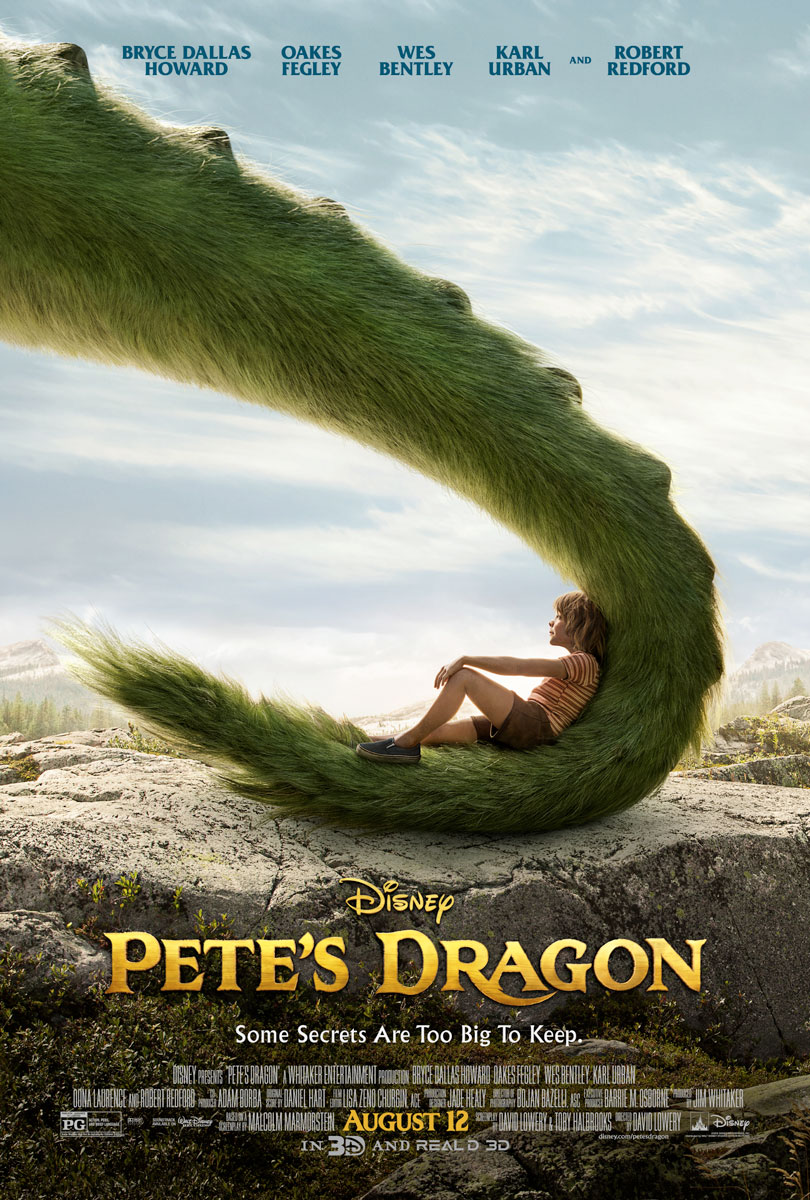 Runteime: 1 hr 43 mins Rated: PG
Theatrical: Aug 12, 2016
Home: Nov 29, 2016
Pete, a boy is found in a forest. Apparently he's been living there for six years after an accident took his parents. A ranger named Grace decides to take him in and when she asks him how he survived all by himself, he says he had a friend, Elliot, with him. He draws a picture of Elliot and it's a picture of a dragon. Grace takes the picture to her father who claims that years ago, he encountered a dragon in the forest. Grace takes Pete back to the forest and he shows them where he lives and Elliot. A man saw Elliot and when he tells about his experience and is not believed, he sets out to prove it by capturing the dragon.
Read our review.