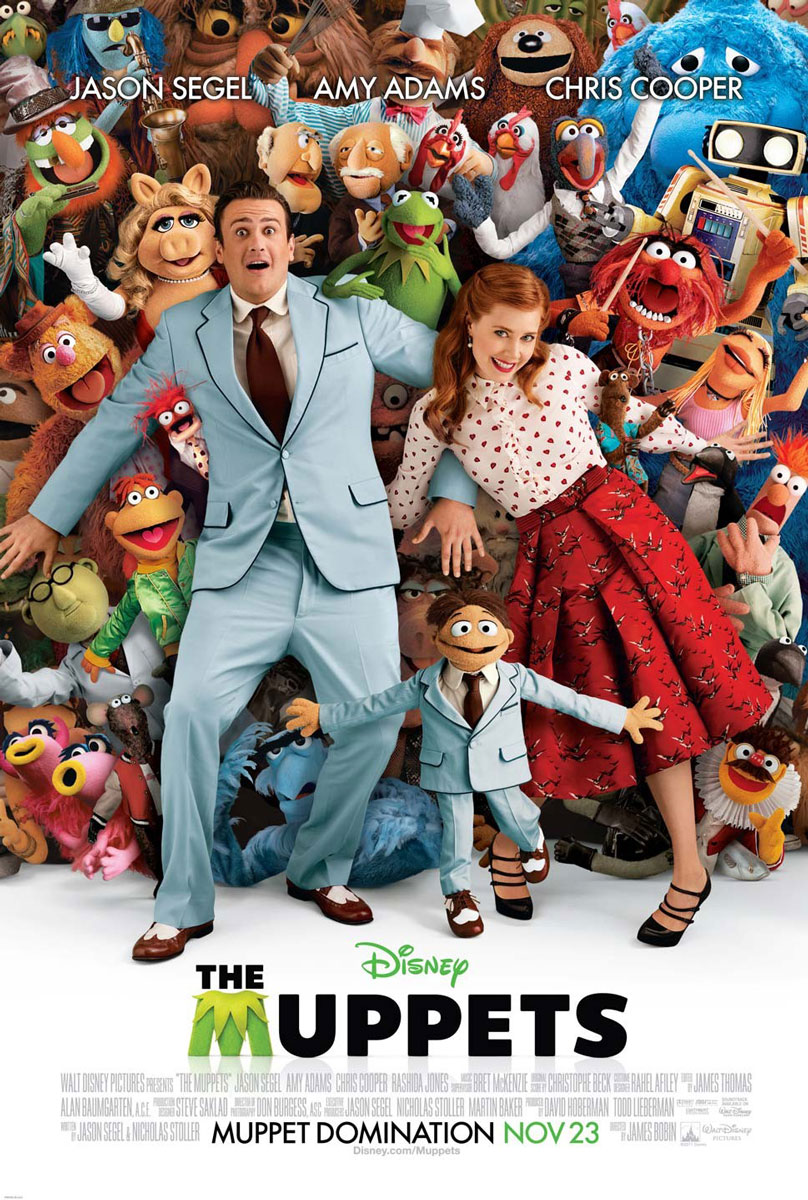 Muppet domination continues with a hilarious new movie from Walt Disney Studios. Jason Segel, Academy Award®-nominee* Amy Adams and Academy Award®-winner** Chris Cooper join everyone's favorite Muppets and an all-star celebrity cast in a comic adventure for the whole family. While on vacation in Los Angeles, Walter, the world's biggest Muppet fan, his brother Gary, and friend Mary uncover the diabolical plot of a greedy oil millionaire to destroy the Muppet Theater. Now, the Muppet-loving trio must reunite Kermit, Miss Piggy, Fozzie Bear and their friends to stage the greatest Muppet telethon ever and save their beloved theater.