More than likely, when you arrive at Port Canaveral to embark on a 7-Night Caribbean cruise aboard the Disney Fantasy you will notice the evening show, A Fantasy Come True, on the Personal Navigator.  This is not one of the three Broadway-caliber shows featured on the Fantasy.  So, what is A Fantasy Come True? 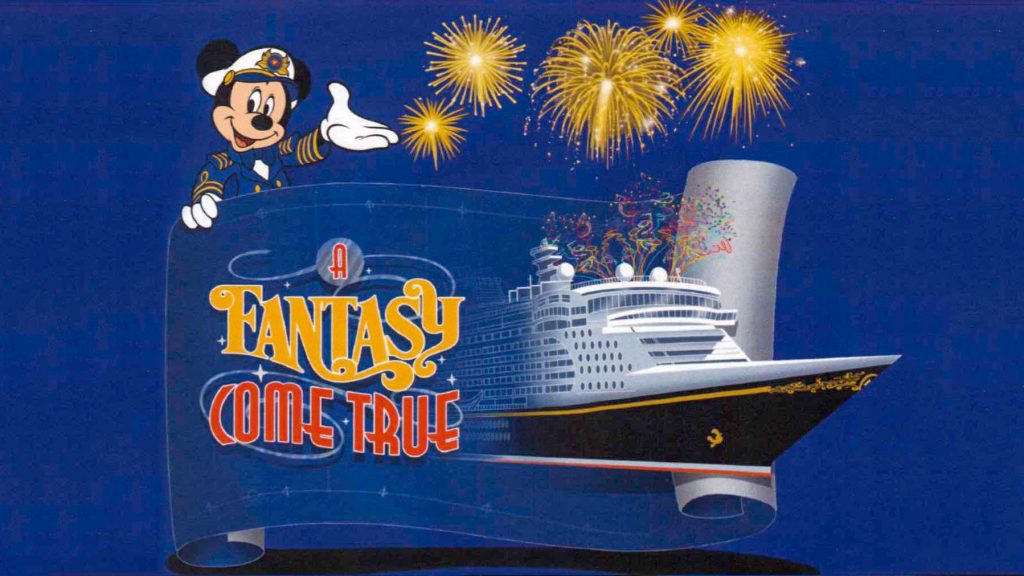 A Fantasy Come True is a variety show in the Walt Disney Theatre which serves as an introduction to the countless onboard activities, as well as, a primer for the three Broadway-caliber shows later in the voyage. The show is a mixture of live stage performances, cruise director spiels and a preview of the featured guest performer.

The performance, by the ensemble cast, shares a story of family with 4 different agendas. The father thinks he has the entire trip planned out only to realize the ship has so much to offer that his family is off in different directions.

The show is basically an overview of what the ship has to offer. I can see how it can be useful on the first night for those who may have been forced on this cruise vacation wondering what they will do over the course of the coming week.

Honestly, the show comes off like one big commercial that would have been a better fit on those old free Disney Cruise Line DVD and online video brochures. I should clarify, the show was enjoyable thanks to the talented performers. I recommend the show for first time cruisers.

2 Replies to “A Fantasy Come True”