Today, September 11, 2018, the Disney Wonder made her inaugural call to Astoria, Oregon or better know as the Goon Dock from one of the best films ever released, The Goonies. The Wonder’s maiden call was part of the 4-night Canadian Coast cruise which left Vancouver on the 10th and will arrive in San Diego on September 14th. 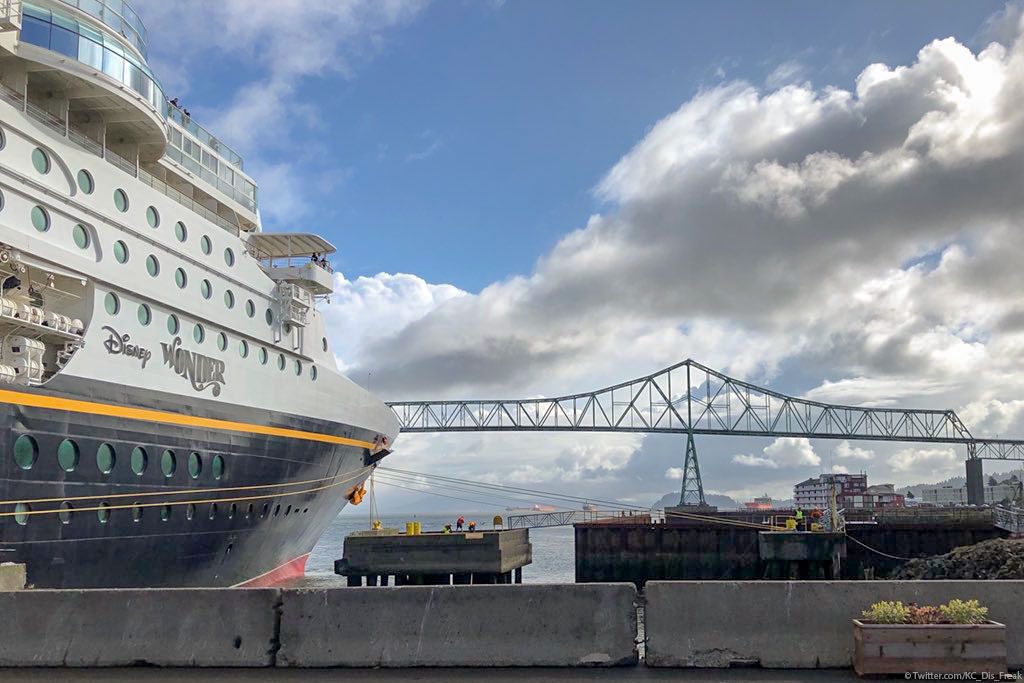 In honor of the maiden call, Captain Mickey, Captain Daniele Aschero, and shipboard officials hosted local port and community leaders onboard the Magic for a traditional maritime plaque exchange ceremony.

The Disney Cruise ship in Astoria

At this time, the Disney Wonder is not scheduled to return to Astoria, Oregon on any upcoming cruises.