Earlier this week, we shared news of a town hall meeting in Eleuthera to discuss an economic development plan for Lighthouse Point, a 700-acre peninsula located at the southern tip of Eleuthera. During the town hall, which did NOT include official representatives from Disney Cruise Line or the local government, attendees received a handout.

When asked for comment on the town hall, a representative from Disney Cruise Line said Disney was not part of the event. Therefore, please take the following as an overview of what was presented to the public, not an official plan from Disney or any other developer. 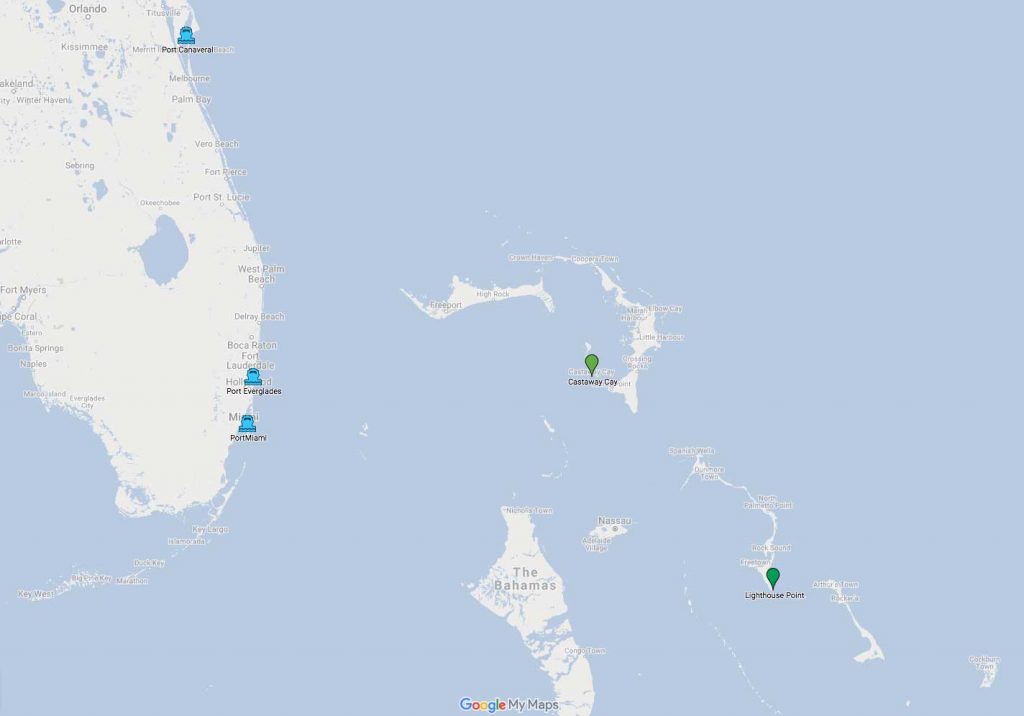 The two-page document points out Disney Cruise Line’s economic impact to the Bahamas as well as conservation and community outreach. 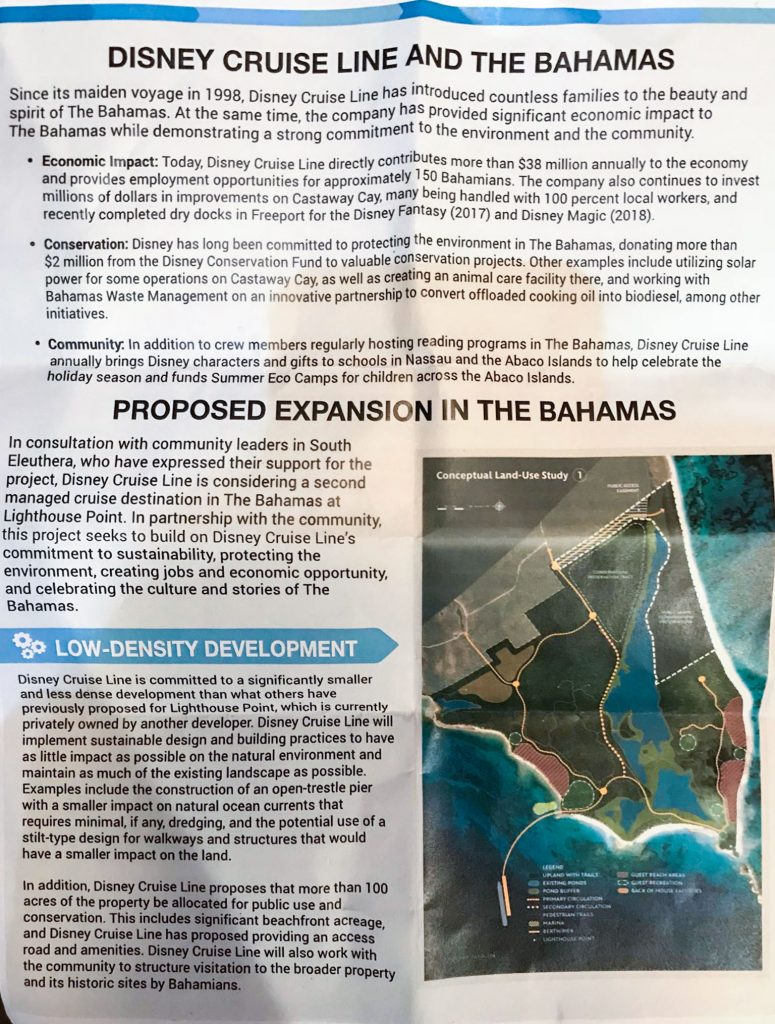 According to the handout, unnamed community leaders in South Eleuthera, who have expressed support for the project say Disney Cruise Line is considering a second cruise destination in the Bahamas at Lighthouse Point.

The handout included a conceptual land-use study calling for a low-density development of the property. 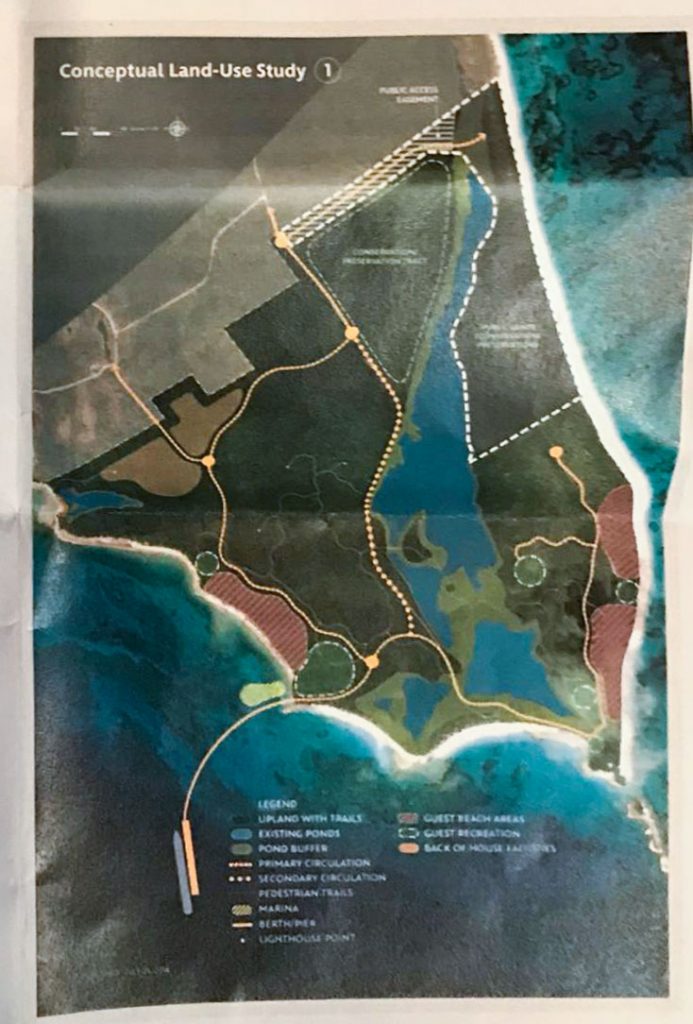 The handout claims DCL is committed to a significantly smaller and less dense development than what other groups have previously proposed for Lighthouse Point. The development plan highlights sustainable design and building practices to limit the impact o the natural environment and to maintain the existing landscape.

The initial site plan calls for setting aside 70 acres for conservation along with leaving environmentally sensitive areas untouched including the salt ponds.

An open-trestle pier is mentioned as this would have a smaller impact on the natural ocean currents and potentially may require little or no dredging which is often detrimental to the surrounding area. On land, walkways and structures would be built using stilt-type design to further limit the impact on the land. 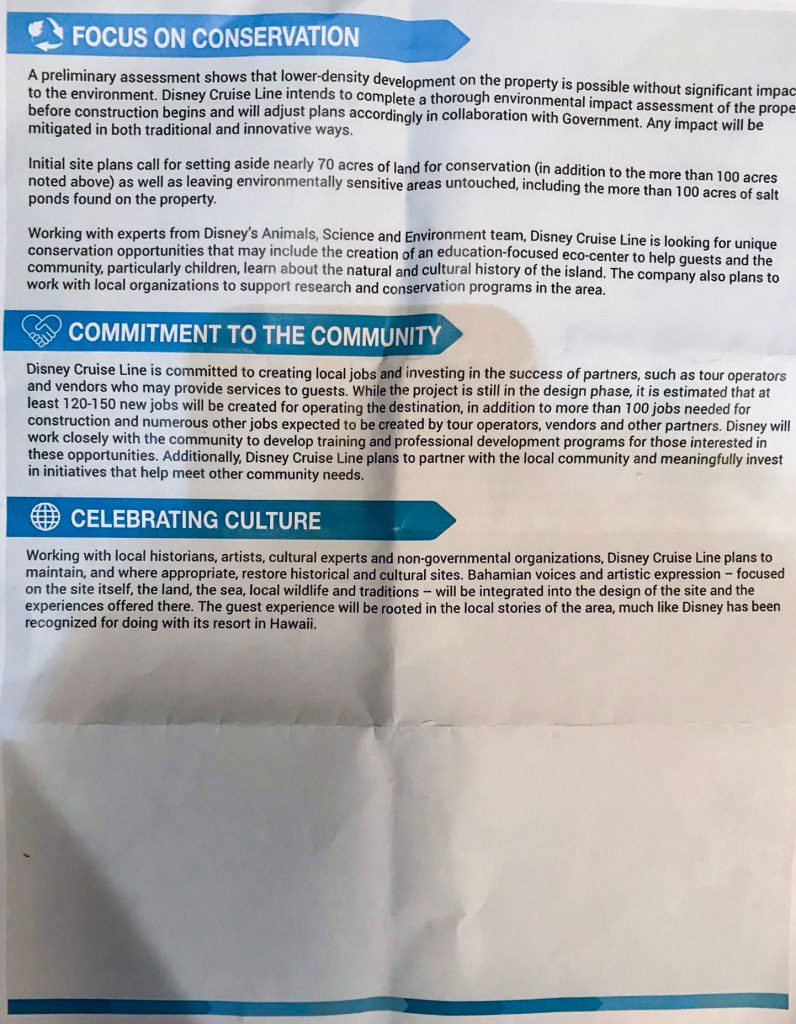 The handout mentions that a preliminary assignment shows that lower development on the property is possible with significant impacts to the environment. A thorough environmental impact assessment of the property would occur before any construction begins as it would be used to adjust plans in collaboration with the Bahamian Government using both traditional and innovative ways to offset environmental impacts.

The handout mentions the possible development of an eco-center to help guests and the community learn about the natural and cultural history of the island with extended support of local organizations and conservation programs in the area.

As mentioned in the town hall video, it is estimated that this development project could result in 120-150 new jobs for the operation of the area and an additional 100 for construction. This doesn’t include the jobs that would be created by tour operators, vendors, and other partners.

The handout concludes with a plan to work with local historians, artists, cultural experts and non-governmental organizations to maintain and restore historical and cultural sites. The development plan calls for a Bahamian influence for the overall design. Guests experiences would be rooted in local stories much in the same way Imagineers worked with local artisans and cultural experts on Hawaii to create Aulani.

The Bahamas National Trust confirmed its efforts to secure Lighthouse Point as a national park and a “model for sustainable” development. The Bahamas National Trust’s mission is to conserve and protect the natural resources of The Bahamas, through stewardship and education for present and future generations. Created by an Act of Parliament in 1959, the trust is authorized to hold, maintain and manage lands, tenements and submarine areas of beauty or natural or historic interest…as open spaces, or wildlife sanctuaries, or places of public resort.

I’d love to hear your comments on the conceptual development plan for the Lighthouse Point property. Do you feel this handout is in any way official, or just a local group attempting to attract a high profile buyer?