Marvel Day at Sea cruises are on a bit of a holiday hiatus until the Disney Magic repositions to Miami in January. Marvel Day at Sea features all-day entertainment celebrating the renowned comics, films and animated series of the Marvel Universe. Over the last few weeks, Disney has been sharing some of the imagery from the first batch Marvel sailings this fall from New York including a look at the heroes and villain character encounters. 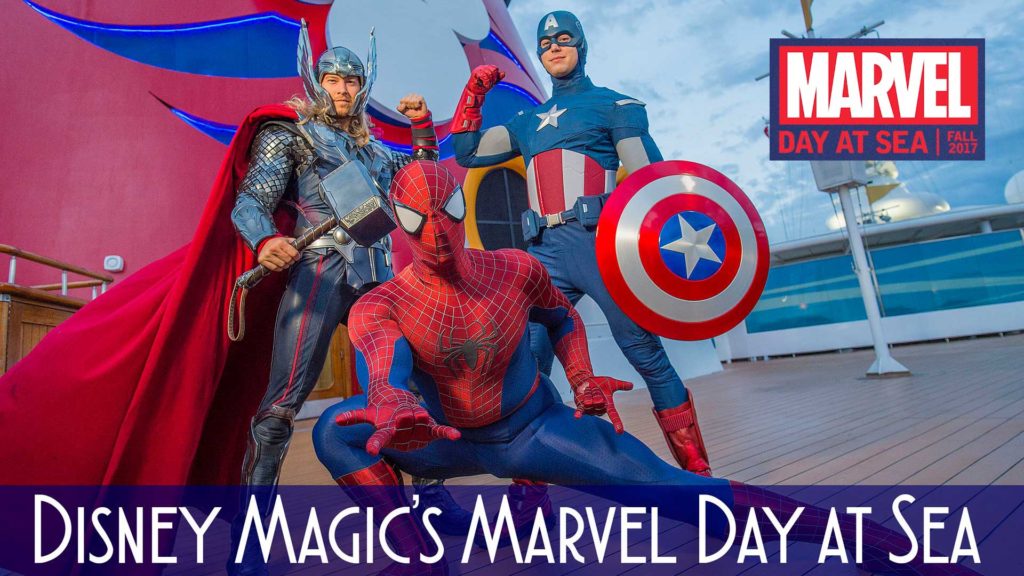 During Marvel Day at Sea, Mickey, Minnie, Donald, Daisy, Goofy, Pluto, and Chip & Dale join in the fun as they dress up to honor their favorite Marvel Super Heroes for a dance party on deck. 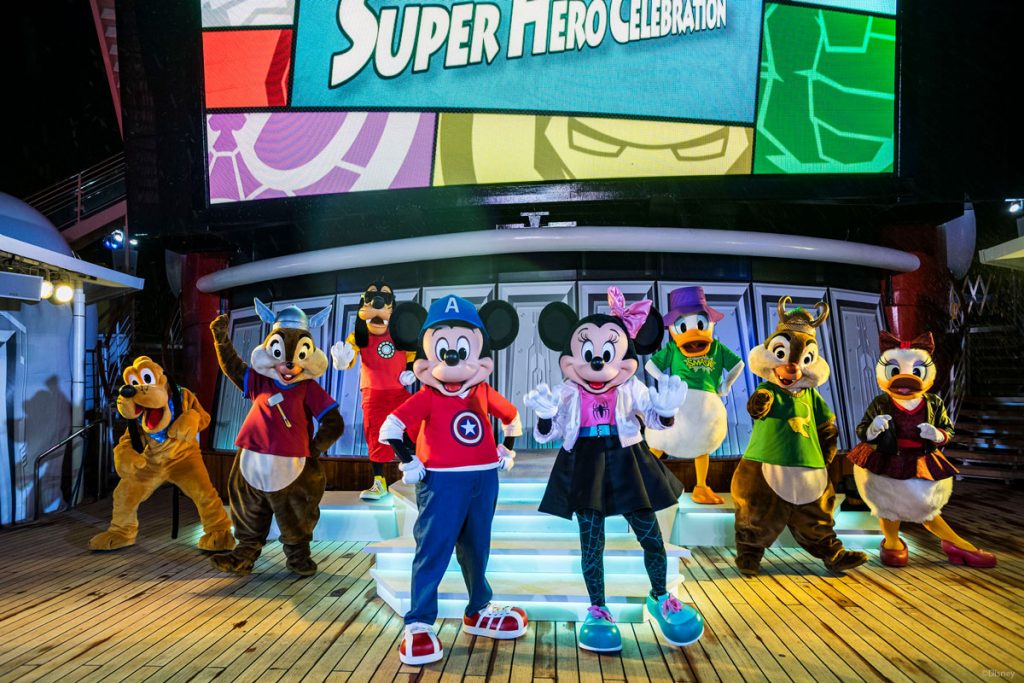 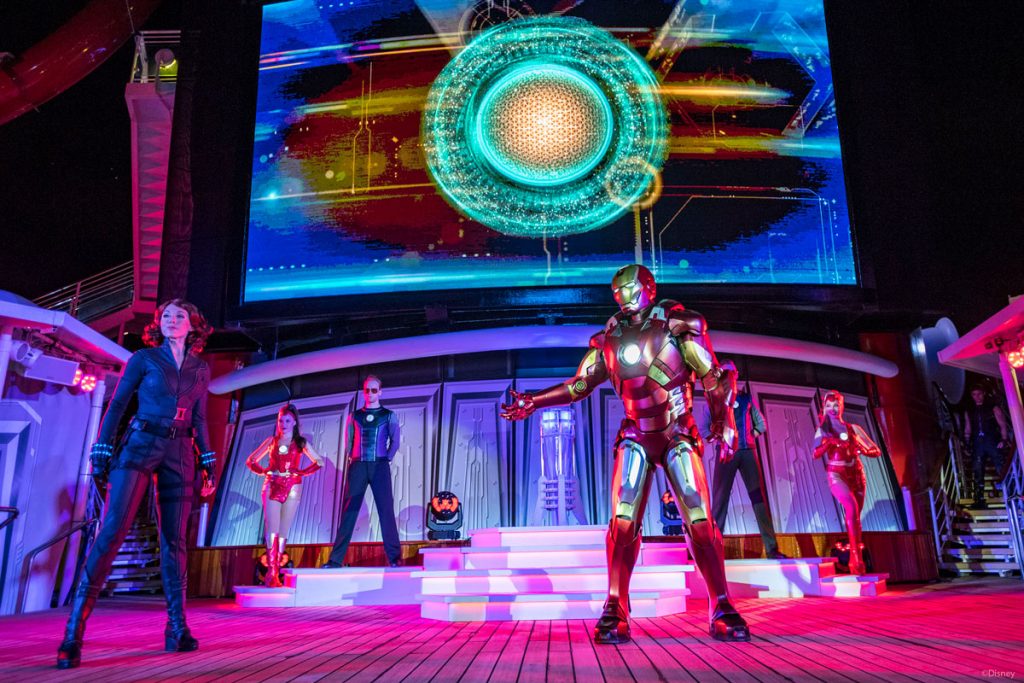 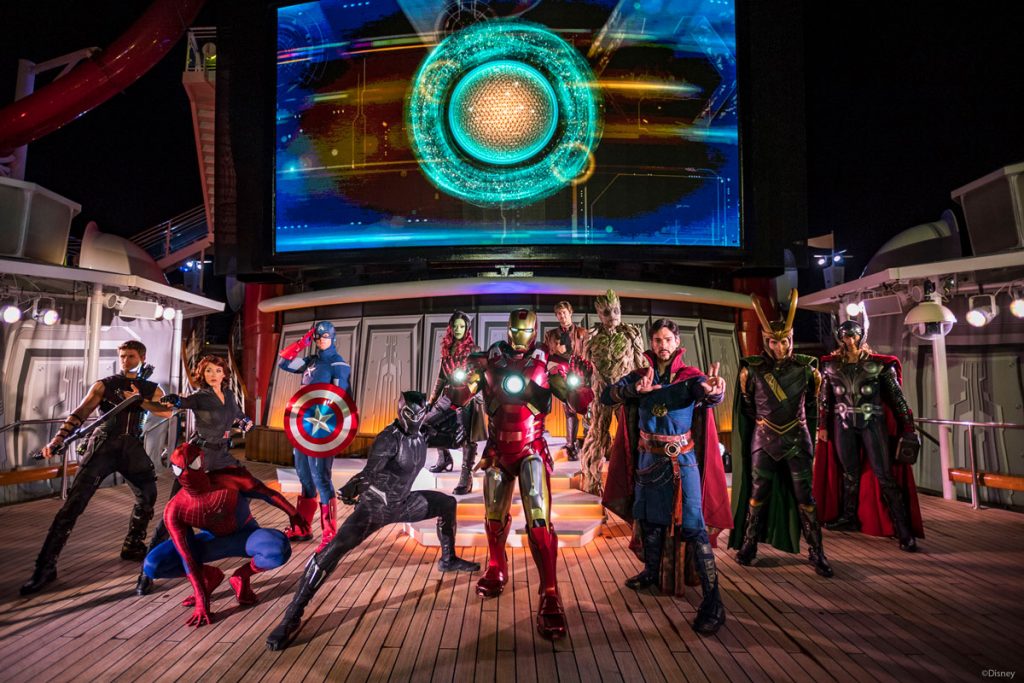 Guests journey into the world of the Mystic Arts in an interactive new show, where Doctor Strange calls upon young apprentices to put their skills to the test in an epic battle against the Dark Dimension. 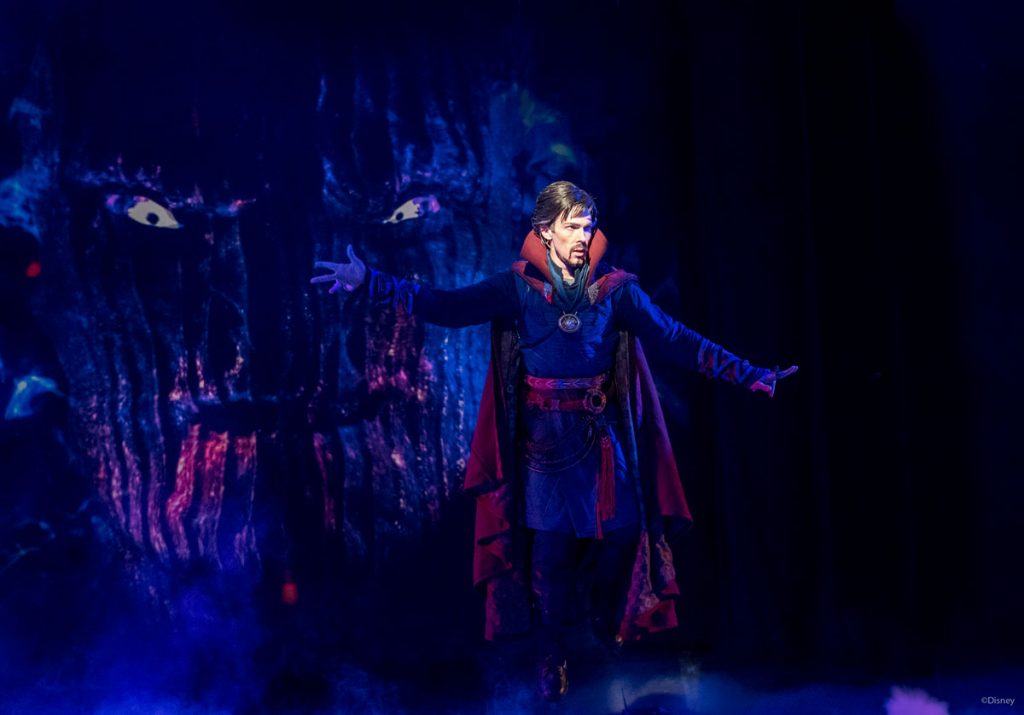 Marvel Super Heroes and Super Villains are onboard for heroic encounters during Marvel Day at Sea. 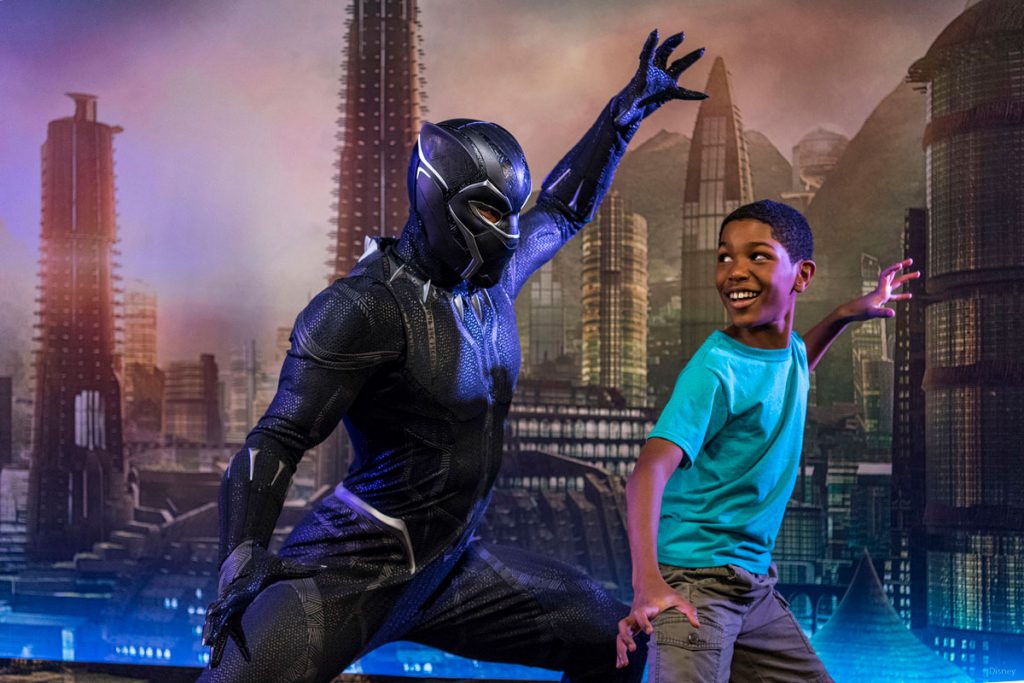 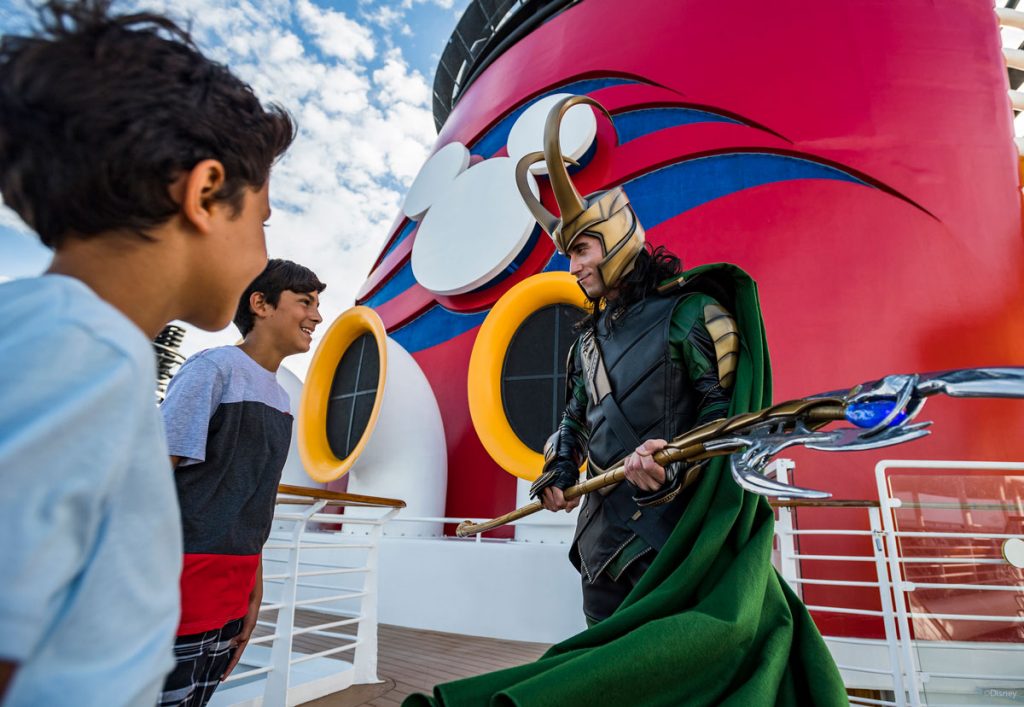 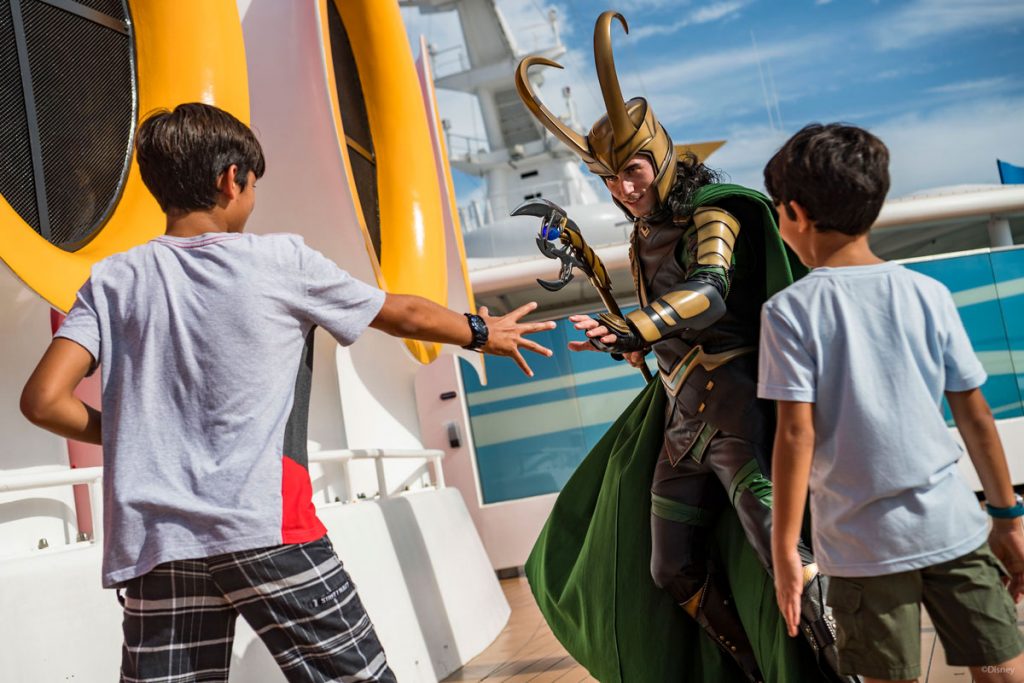 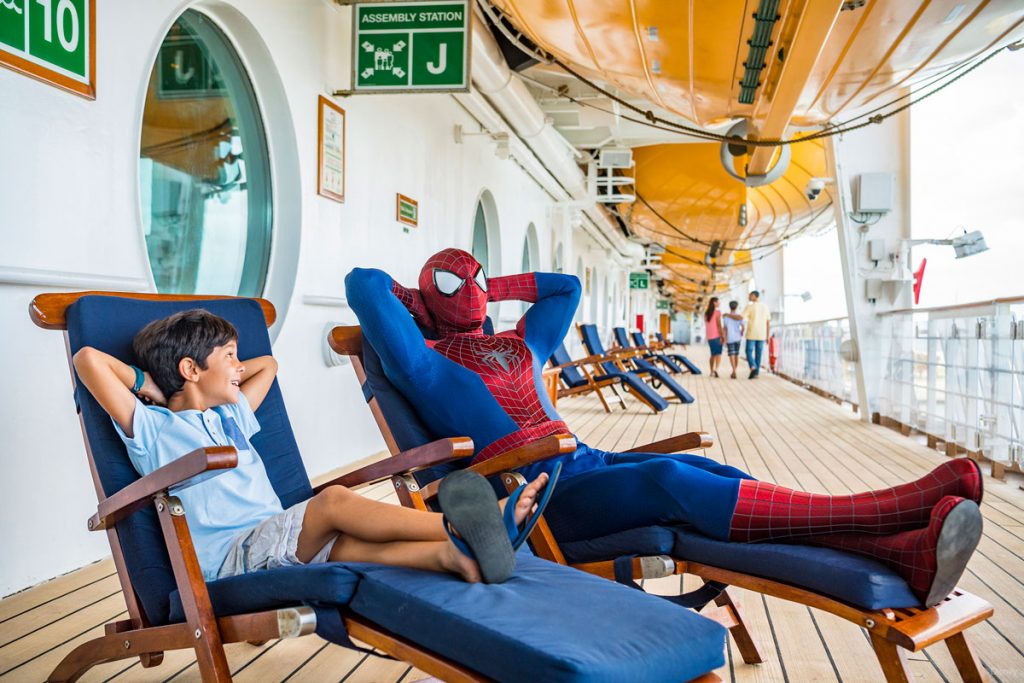 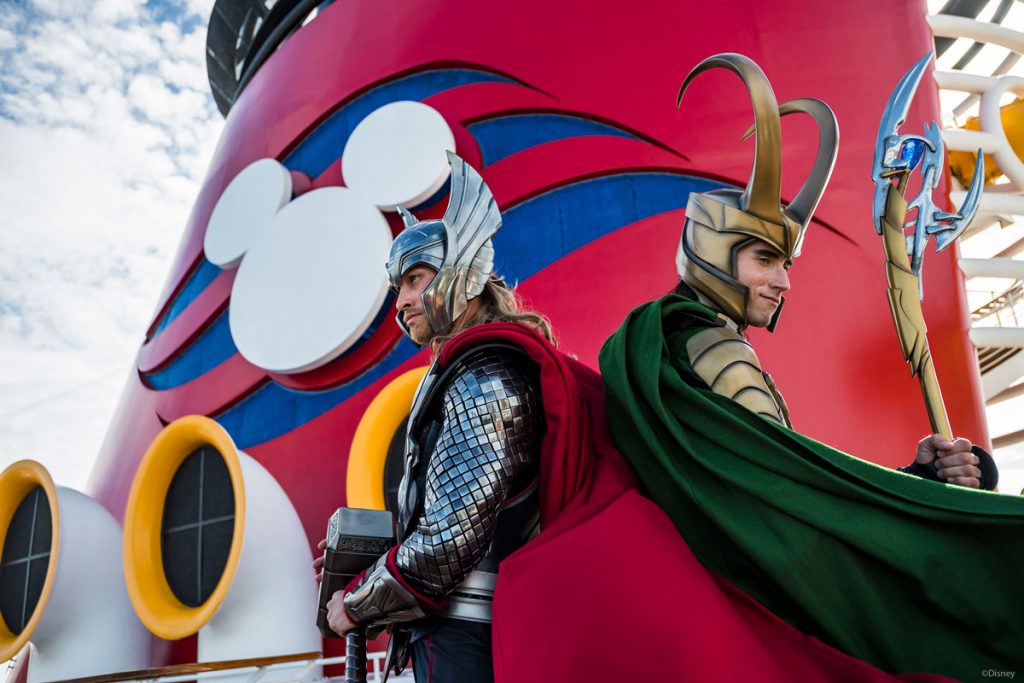 The Disney Magic’s Marvel Day at Sea sailings will resume in early 2018 during the following 5-night Western Caribbean cruises from Miami.

One Reply to “PHOTOS: Disney Magic’s Marvel Day at Sea”