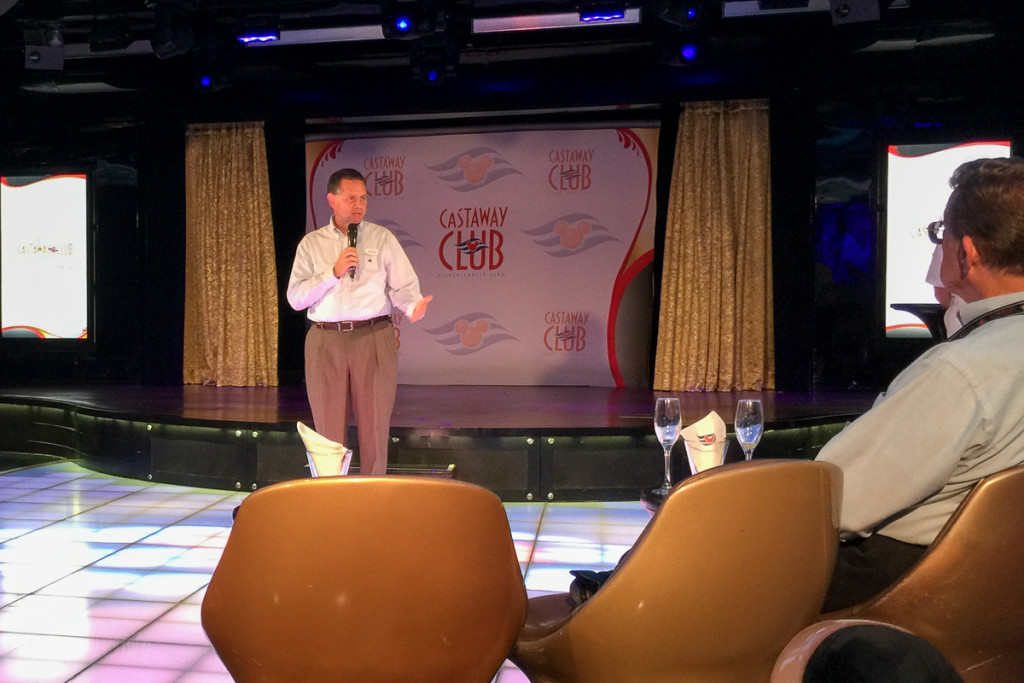 Connelly will oversee Disney Cruise Line, Disney Vacation Club, Golden Oak, Adventures by Disney and Aulani, a Disney Resort & Spa. He began his Disney career in 1989 and is a respected Disney executive with a wide-ranging background in strategic planning, finance, creative development and operations.

“I am delighted to be a part of this team and to have the opportunity to lead this organization at such an exciting and significant time in its history,” Anthony said. “We are embarking on an incredible new era of growth and innovation and, working together, our teams will continue to build on our legacy of excellence and create special, one-of-a-kind Disney moments for every person who vacations with us.”

At Disney Cruise Line, Anthony leads the entire award-winning business, including the Disney Magic, Disney Wonder, Disney Dream and Disney Fantasy cruise ships, as well as Castaway Cay (Disney’s private island in the Bahamas) and Disney’s Port Canaveral Cruise Terminal. Anthony will also lead the much-anticipated expansion of Disney’s cruise fleet, with the delivery of three new ships in 2021, 2022 and 2023, all of them showcasing the immersive family entertainment, enchanting storytelling and unparalleled service that only Disney can deliver. Since its launch in 1998, Disney Cruise Line has established itself as a leader in the family cruise industry, sailing from ports around the world on exhilarating itineraries to the Caribbean, Bahamas, Europe, Alaska, Hawaii and the Mexican Riviera, among others.

Before being named president of New Vacation Operations and Disney Cruise Line, Anthony served as executive vice president, Business Operations and Project Delivery for Walt Disney Imagineering. In this role, Anthony oversaw the development and strategic implementation of all Imagineering projects around the world from design to completion. His other previous roles include serving as senior vice president, Disney Cruise Line Operations, and senior vice president and Chief Financial Officer, Domestic Businesses, Walt Disney Parks and Resorts.

Anthony has been actively involved in the state and local community, serving as chair of the Florida Chamber of Commerce Board of Directors. He also served on the boards of Enterprise Florida, Florida Justice Reform Institute, University of Central Florida Foundation, and Boys & Girls Clubs of Central Florida. Additionally, he was a member of Governor Rick Scott’s Economic Development transition team as well as a member of Florida Chief Financial Officer Jeff Atwater’s transition team.

Connelly was announced as the successor to Karl Holz earlier this year when Holz announced his retirement.