DCL’s current public approach appears to be following the advice of Dr Leo Marvin as they are taking baby steps by making small incremental itinerary changes. However, behind closed doors it would appear there is a long term plan in place and it looks like it was initiated all the way back on September 5th when the Disney Dream & Disney Fantasy underway sailings were shortened.

AVAST I think this is a very good time for a disclaimer… Please, please, please take everything you read in this post as pure, 100% speculation until DCL makes an official announcement. I am simply presenting information that is publicly available on the internet. While the content of this post is based on actual port calendar research, nothing is official until DCL makes it official. I reached out to DCL to inquire about any official timelines for making final decision so guests can adequately plain their upcoming cruise vacations. DCL kindly informed me that they “are continuing to assess Hurricane Irma’s impact on the ports of call we visit in the Caribbean and Bahamas and will make adjustments to itineraries as needed.”

Based on some port calendar research, the long-term plan appears to be to keep the Disney Fantasy on weekly 7-Night Western Caribbean cruises potentially into late December based on recently updated port calendars. Remember my disclaimer this is not fact, just speculation.

The Falmouth port calendar takes a bit of deciphering, but if you are a longtime reader you may remember seeing PAJ43-12 on the Falmouth calendar. Basically, they use internal code names for a ships – this particular code ultimately proved to be a placeholder for the Wonder and Fantasy back when DCL first added Falmouth as a port of call.

If you look at Wednesdays on the Falmouth port calendar you will see PAJ23-4-23 appearing on weeks the Fantasy is scheduled to be in the Eastern Caribbean. Right out of the gate we see that this code matches up with the swapped sailings with arrivals showing on September 27th and October 11th. 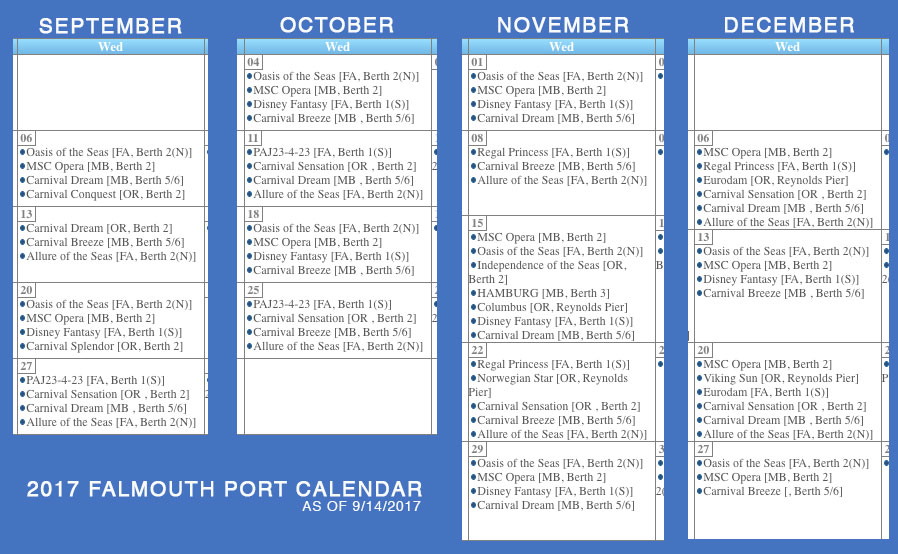 As luck would have it, while I was preparing the screenshots for this post, Falmouth did me a favor and updated their port calendar for the 27th and 11th changing PAJ23-4-23 to Disney Fantasy. Coincidentally, the update was around the time I tweeted something about all this. Hey, remember my disclaimer – even though there is evidence this is pure speculation. 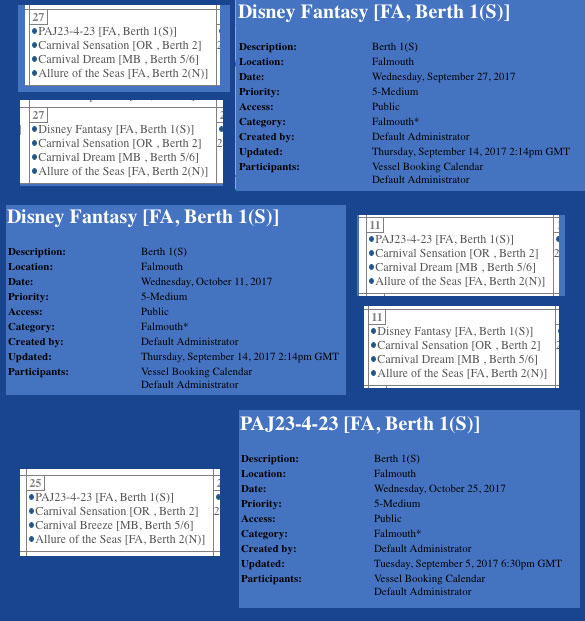 Additionally, in the screenshots above you can see the PAJ23-4-23 timestamps showing September 5th – the day DCL originally announced the Dream & Fantasy sailings would return and canceled upcoming cruises.

Moving along to the Grand Cayman port calendar you will see they already updated their arrivals for September 26th and October 10th to show the Disney Fantasy’s upcoming visits from the two swapped sailings. Although one is listed with an internal vessel code, CVTBN3, it is associated with Disney Cruise Line (At the time of publication this was updated and now shows Disney Fantasy). The Grand Cayman calendar continues to show the Disney Fantasy weekly through the December 23rd sailing which has always been a Western. 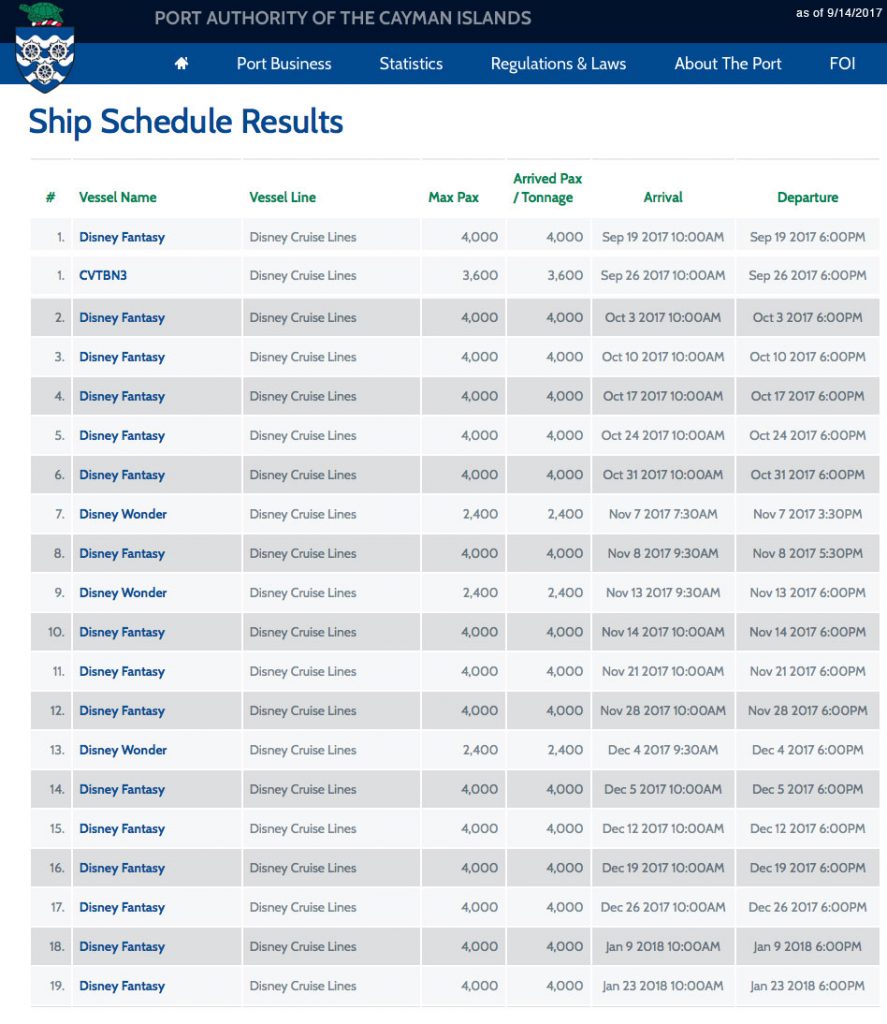