On the morning of July 19th, the Disney Wonder made an inaugural call to Icy Strait Point, Alaska during a 7-night Alaskan cruise which embarked on Monday from Vancouver. Opening in 2004, Icy Strait Point is a port of call in Hoonah, Alaska developed specifically for cruise tourism.

Icy Strait Point in Hoonah, Alaska is an authentic salmon cannery dating back to 1912 located in Alaska’s largest Native Tlingit village of Hoonah (about 35 miles west of Juneau). The port area features locally owned shops and restaurants operated by the Huna Totem Corporation, an Alaska Native corporation formed under the terms of the Alaska Native Claims Settlement Act, which purchased the cannery in 1996. Surrounded by towering rainforest and the abundant waters of Port Frederick and Icy Strait, Icy Strait Point is a destination that offers unparalleled access to adventure, wilderness, wildlife, and genuine Native Tlingit hospitality.

Icy Strait Point is owned by approximately 1,350 Alaska Natives with aboriginal ties to Sít’ Eeti Gheeyi (Glacier Bay) and the town of Hoonah, where the Huna Tlingit resettled after being driven out of Glacier Bay by rapid glacial advance. The company’s mission is to advance the economic aspirations and culture of the Xúna Kaawu (the people of Hoonah) through business excellence, sustainable economic growth, leadership and education.

The port offers over 20 excursions where guests can learn about Native Tlingit culture, search for wildlife, hight on the of the mountain, explore the coastline, drive an ATV, Jeep or boat, go fishing or for above the port on a zipline. 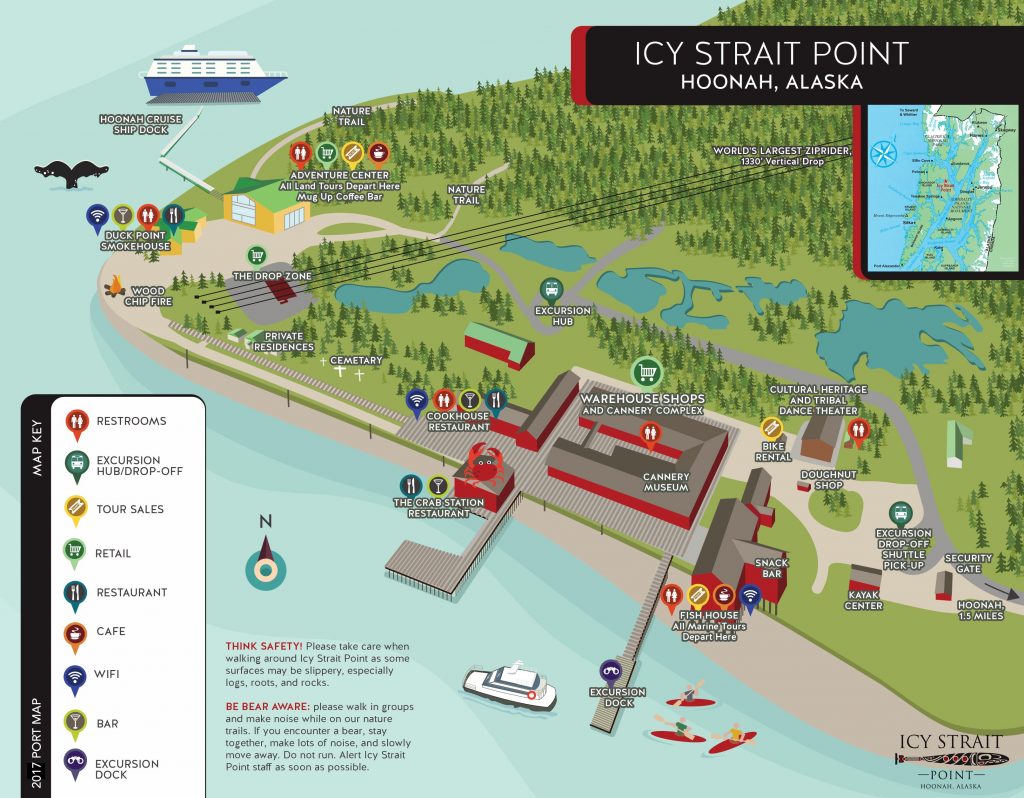 Icy Strait Point welcomed its first cruise ship, the Celebrity Mercury on May 23, 2004. Since 2004, the port with roughly 85% of the staff calling Hoonah home, has hosted over 1.6 million visitors. This is an impressive statistic considering Icy Strait Point is a cruise destination and is only open to cruise passengers and the public when a ship is in port.

Here you can see the Disney Wonder on TheSnowCloud Webcams. When visiting the webcam page, scroll down looking for the webcams labeled Looking down the ZipLine at Icy Strait Point and Looking out at Icy Straits, as these will provide you with a view of the cruise ship berth. 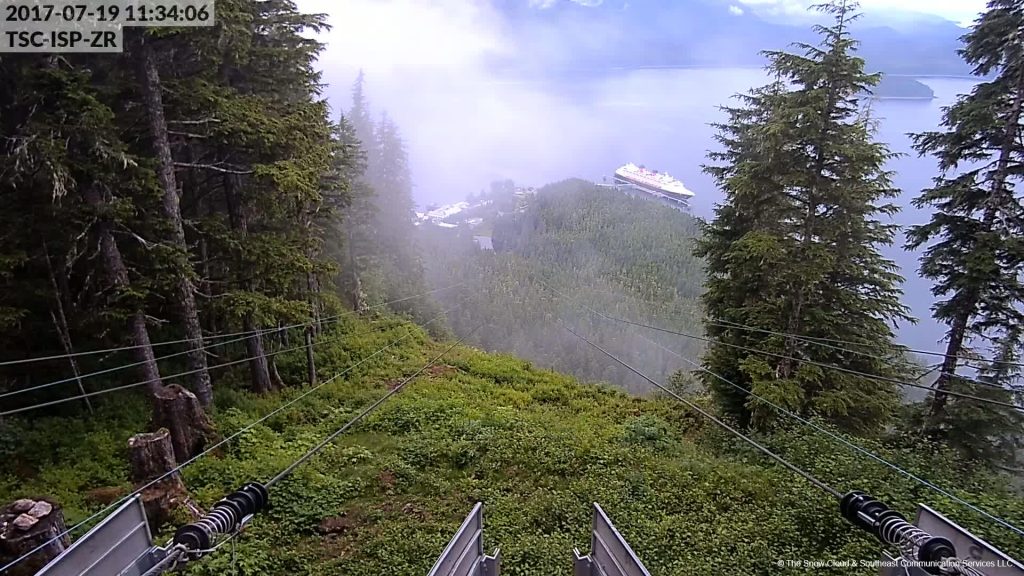 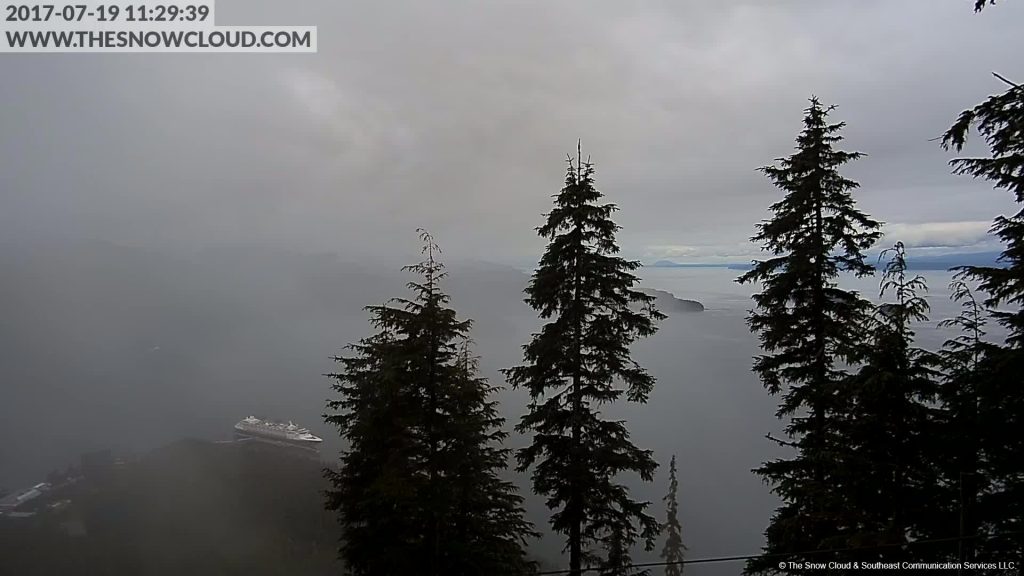