On the morning of July 2nd, the Disney Fantasy made her first ever visit to Port of Willemstad in Curaçao during the vessel’s 10-night Southern Caribbean voyage from Port Canaveral. We received the following pictures from passenger Michael Greenblatt showing the Disney Fantasy docked in Curaçao.

Since the launch of the Disney Fantasy in 2012, she has served as Disney Cruise Line’s primary ship in the Caribbean sailing alternating 7-Night Eastern and Western Caribbean voyages. To celebrate the Fantasy’s inaugural visit to Curaçao, Captain Fabien Dib and shipboard officials are expected to host local port and community leaders onboard the vessel for a traditional maritime plaque exchange ceremony.

Here you can see the Disney Fantasy on the Willemstad, Curaçao webcam hosted by Lions Dive & Beach Resort. 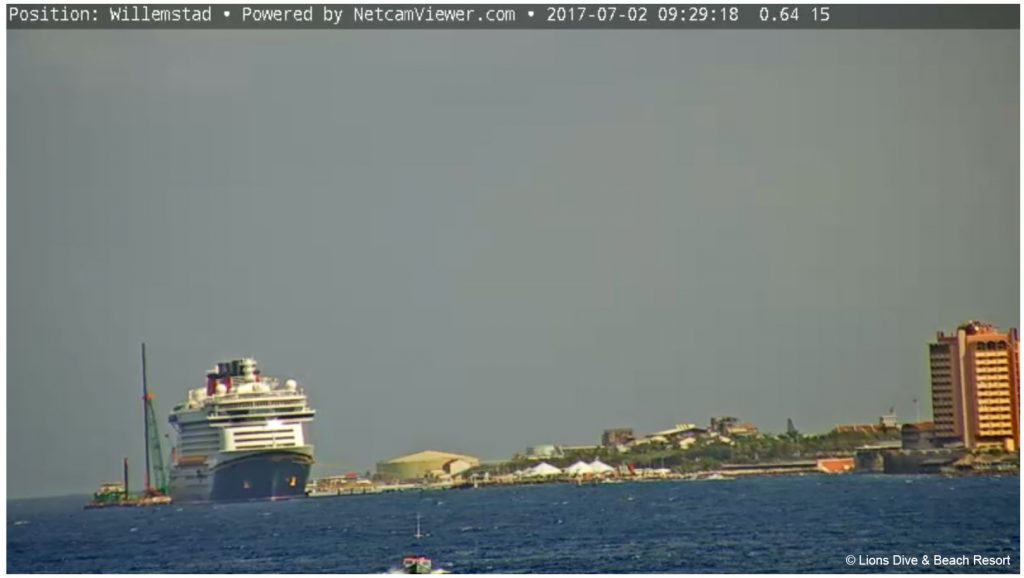 This is not the first Disney Cruise Line vessel to visit the Dutch Caribbean island in the Lesser Antilles. The Disney Magic made the first call for DCL in 2005. Although this is the Disney Fantasy’s only scheduled call to Curaçao, there will be another opportunity for Disney cruisers to visit Willemstad in 2018. The Disney Wonder will sail to Curaçao during the January 14, 2018 7-Night Southern Caribbean cruise from San Juan.