Today marks the official start of the 2017 Atlantic Hurricane Season which will continue through November. Just last week, the National Oceanic and Atmospheric Administration (NOAA) published their outlook for the 2017 Atlantic hurricane season. NOAA predicts that the 2016 Atlantic basin hurricane season will be above-normal. According to NOAA’s Dr. Gerry Bell, PhD., this hurricane season outlook reflects forecasters expectation of a weak or non-existent El Nino, near- or above-average sea-surface temperatures across the tropical Atlantic Ocean and Caribbean Sea, and average or weaker-than-average vertical wind shear in that same region.

Strong El Ninos and wind shear typically suppress development of Atlantic hurricanes, so the prediction for weak conditions points to more hurricane activity this year. Also, warmer sea surface temperatures tend to fuel hurricanes as they move across the ocean. However, the climate models are showing considerable uncertainty, which is reflected in the comparable probabilities for an above-normal and near-normal season. Overall, the 2017 could be comparable to last year which was the most active with 15 named-storms (7 hurricanes, 4 of those major), the most since 2012.

According to NOAA’s Climate Prediction Center, there is a 70% chance of 11 to 17 named storms with 5 to 9 of those becoming hurricanes with 2 to 4 major hurricanes (category 3 or higher). An average season produces 12 named storms of which six become hurricanes, including three major hurricanes. The 2017 named-storm count began in April when Tropical Storm Arlene formed over the eastern Atlantic. 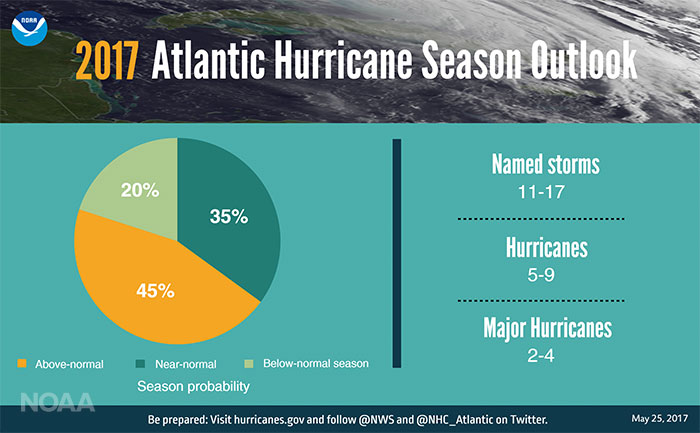 Below is a comparison of the NOAA and Colorado State University’s predictions along with the 1981-2010 average and final numbers for 2012-2016. As you can see, the 2017 NOAA high end and CSU predictions are above the long term average. Additionally, NOAA’s low end predictions bookend the 2016 hurricane season actual numbers. 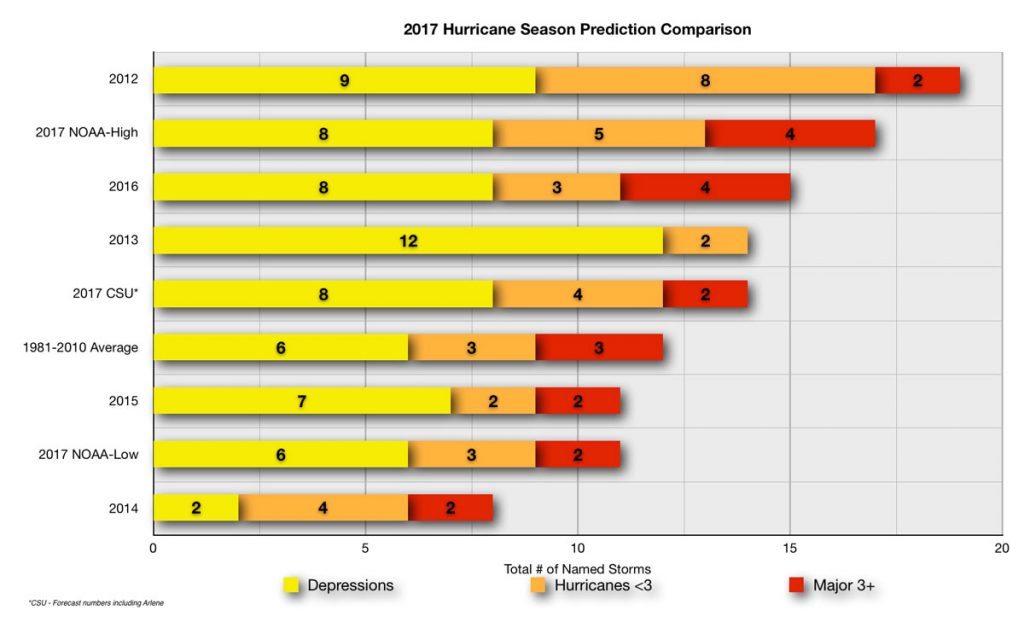 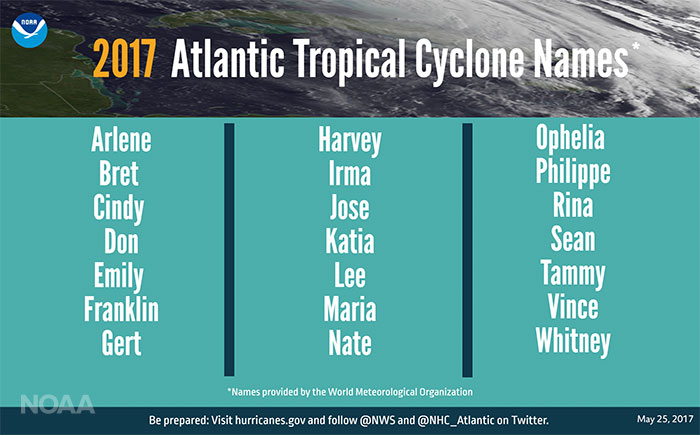