The following will be my initial spoiler free review of Disney•Pixar’s Cars 3. In Pixar’s latest release, Lightning McQueen faces his biggest challenge to date… His legacy, as he finds himself struggling to keep up with the likes of Jackson Storm, and the rest off the new generation of super racers. Not ready to become just a corporate celebrity endorser; McQueen must learn to adapt in order to stay in the game and ultimately decide when to retire. To prove he still has what it takes, Lightning digs into the past with the help from friends of the late Fabulous Hudson Hornet, and his new trainer, race technician, Cruz Ramirez.

Before the green flag drops on Cars 3, you will have the opportunity to meet Lou, in Pixar’s latest short film directed by Dave Mullins with music composed Christophe Beck who’s talents you may remember from a little film called Frozen and the Paperman short which ran before Wreck-it Ralph. Beck also created the score for Marvel’s Ant-Man and is slated for the sequel. Lou is a cute story that deals with a bully who steals from the other kids on the school playground. Lou is a creature of sorts that comes to life from the various items in a nearby lost and found box. 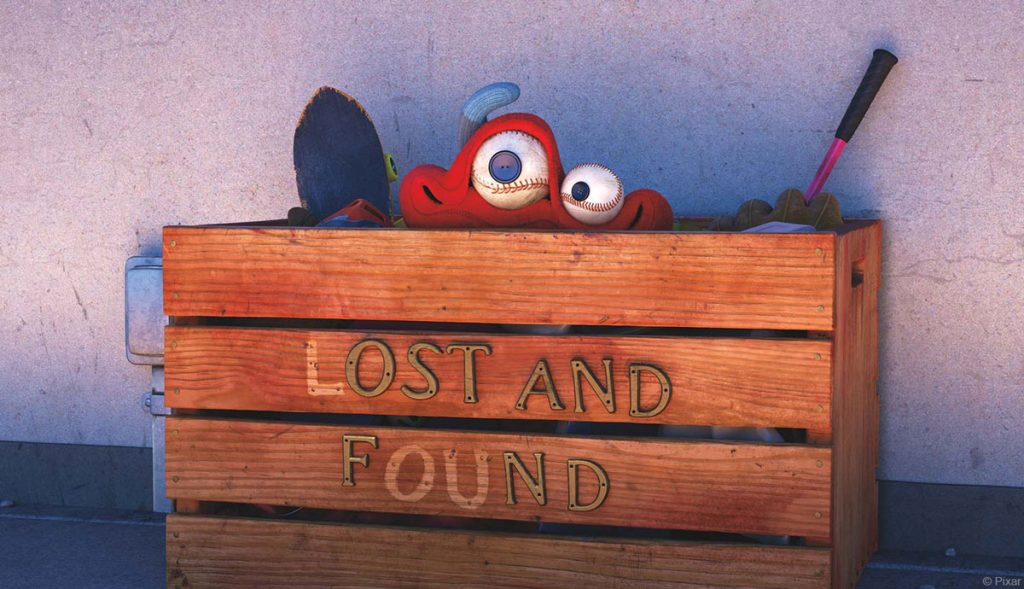 I am not sure about you, but when Cars 3 was announced I was shaking my head, another Cars movie… I felt the original Cars (2006) was a solid Pixar release, but Cars 2 was a big letdown in my book. A full length version of the opening western in Toy Story 3 would have been a better than Cars 2 in my opinion. I am not her to trash the second Cars film, but I wanted to make the point early that Cars 3 is Pixar’s apology for the 2011 sequel. I am not just saying this because I was fortunate enough to get into the Disney Parks Blog screening and see the movie for free, a week early. Below is my initial thought (including a typo) after leaving the theater.

Pixar made up for Cars 2 with #Cars3 – Amuch better sequel to the original.

For the most part, Cars 3 was enjoyable story and fun watch. The question that a few people have asked me is “should I see Cars and Cars 2 before Cars 3?” Well, you could see Cars 3 without seeing either, but you’d be missing out on some of the references to Lightning’s early career and time in Radiator Springs. To be frank, I could not tell you much of anything about Cars 2 except that Sig Hansen from Deadliest Catch was Crabby, the Northwestern fishing vessel. I purchased the blu-ray and watched it once. If there were any references to 2, I missed them. Bottom line, it is worth the time to first watch Cars before seeing Cars 3. You can see a few more trailers on our Cars 3 page.

I’d like to hear your thoughts on Cars 3 after you see the film. How would you rank the films?