On the morning of June 20th, the Disney Fantasy made her first ever visit to Oranjestad, Aruba during the ships first Southern Caribbean voyage from Port Canaveral.

Steve Bernstein is vacationing in Aruba tweeted this photo of the Disney Fantasy approaching the island.

Upon arrival the ship was welcomed into port with a fireboat salute. 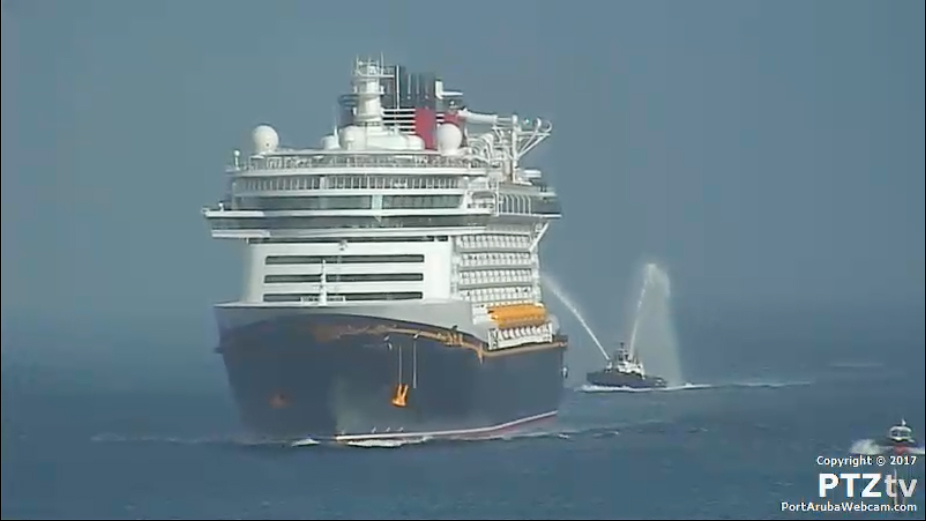 Since the launch of the Disney Fantasy in 2012, she has served as Disney Cruise Line’s primary ship in the Caribbean sailing alternating 7-Night Eastern and Western Caribbean voyages. To celebrate the Fantasy’s inaugural visit to Aruba, Captain Fabien Dib and shipboard officials will host local port and community leaders onboard the vessel for a traditional maritime plaque exchange ceremony.