On Saturday, April 29, 2017, the Disney Wonder became the first passenger ship to transit the recently expanded Panama Canal locks when she entered the Aqua Clara Locks from the Atlantic near Colon, Panama.

The following is video of the first left to the transit through the Aqua Clara Locks from video released by DCL.

The $5.4 billion expansion of the Panama Canal which started in the fall of 2007 officially opened to traffic on June 26, 2017 with the new Panamax container ship, Cosco Shipping Panama becoming the first ship to make the transit. The new set of locks feature sliding gates, doubled for safety. Each chamber measures 1,400 ft long, 180 ft wide, and 60 ft deep allowing vessels with a beam of up to 160 ft, an overall length of up to 1,200 ft and a draft of up to 49 ft. The following graphic provides a look at how the Disney Cruise ships compare to the maximum ship sizes from the Panama and Suez Canals as well as the Strait of Malacca. Please note the difference between the original Magic class and the current length of the Disney Magic and Disney Wonder with the addition of the ducktails during the 2013 and 2016 dry docks. 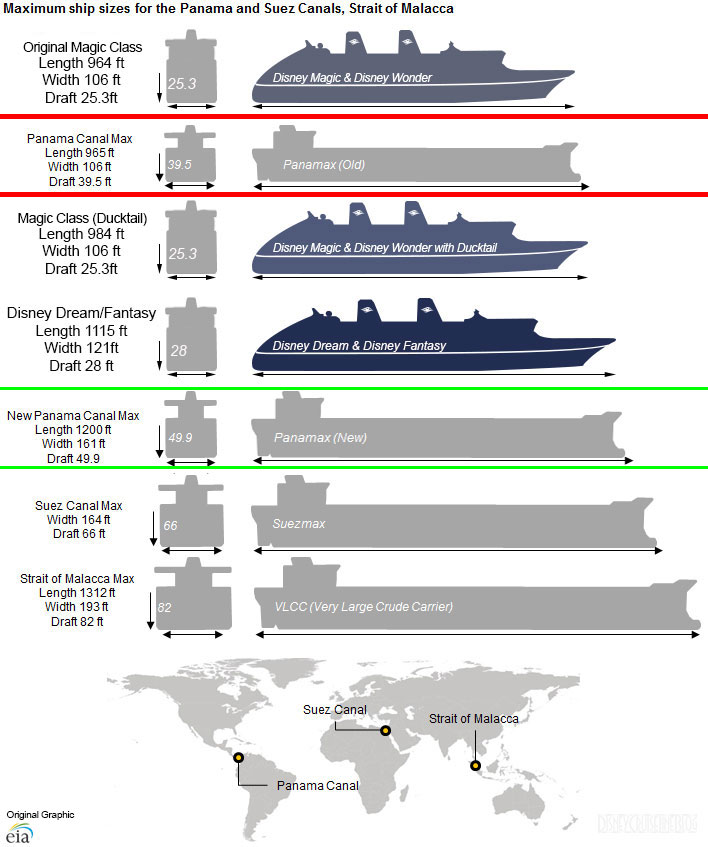