Guests recently aboard the Disney Dream were treated to a set of refreshed dessert menus featuring a signature item in each main dinning room. The new dessert offerings in Royal Palace, Enchanted Garden and Animator’s Palate are very similar and to some extent identical to the dessert menus found aboard the Disney Wonder following her fall 2016 dry dock.

The noticeable change to the dessert menus is the removal of the Sweet Temptations offering for a Signature dessert item in each restaurant.

Before we get into the new menus, I’d like to thank Elisabeth O’Brien for sharing the menus with us via Twitter.

The Royal Palace menu is identical to the menu offered in Triton’s during our cruise aboard the Disney Wonder in February. 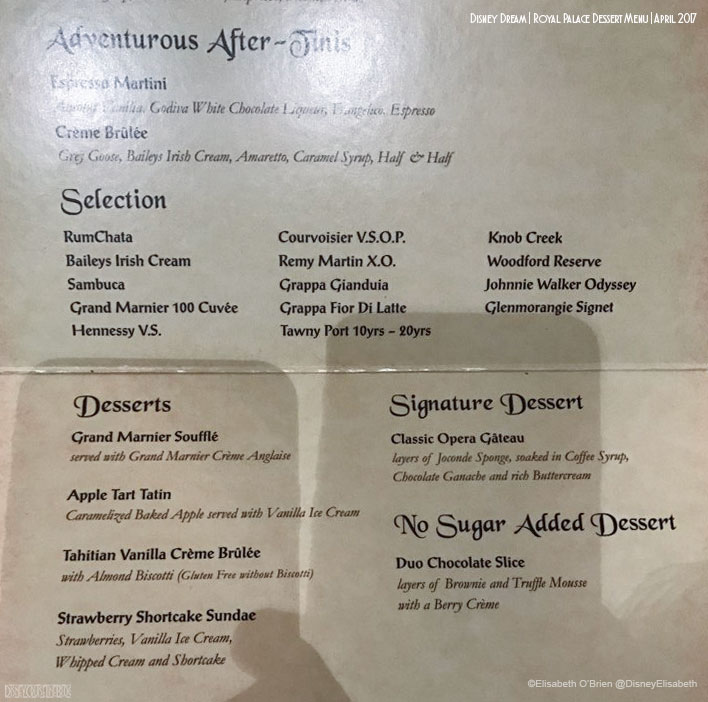 Just like Royal Palace, the AP menu is identical to the menu offered during our cruise aboard the Disney Wonder in February. 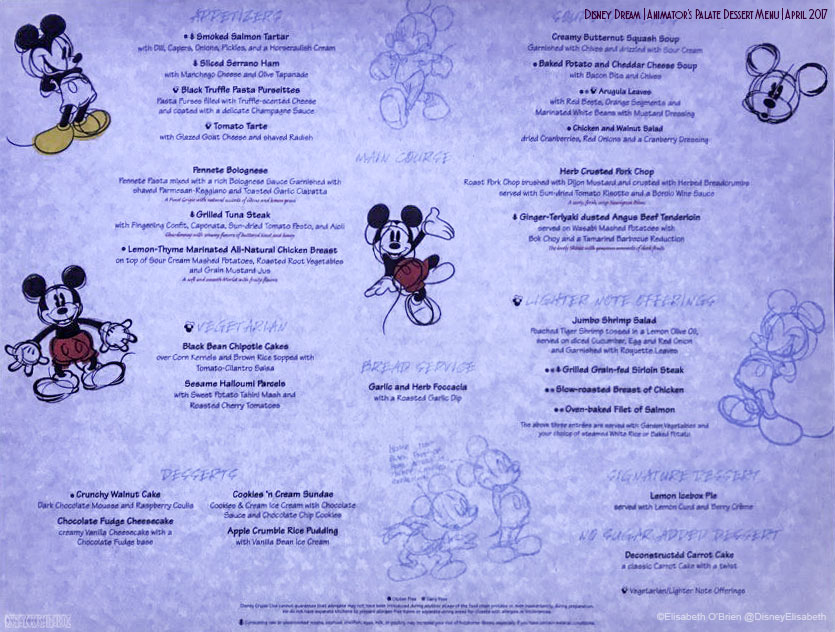 The Enchanted Garden dessert menu is where we see some changes since this restaurant is not on the Disney Wonder. However, the new Enchanted Garden menu borrows a couple items from Tiana’s Place, the Pecan Tart and Lemon Raspberry Mousse. I’m sad to report, the beignets are still exclusive to the Wonder. 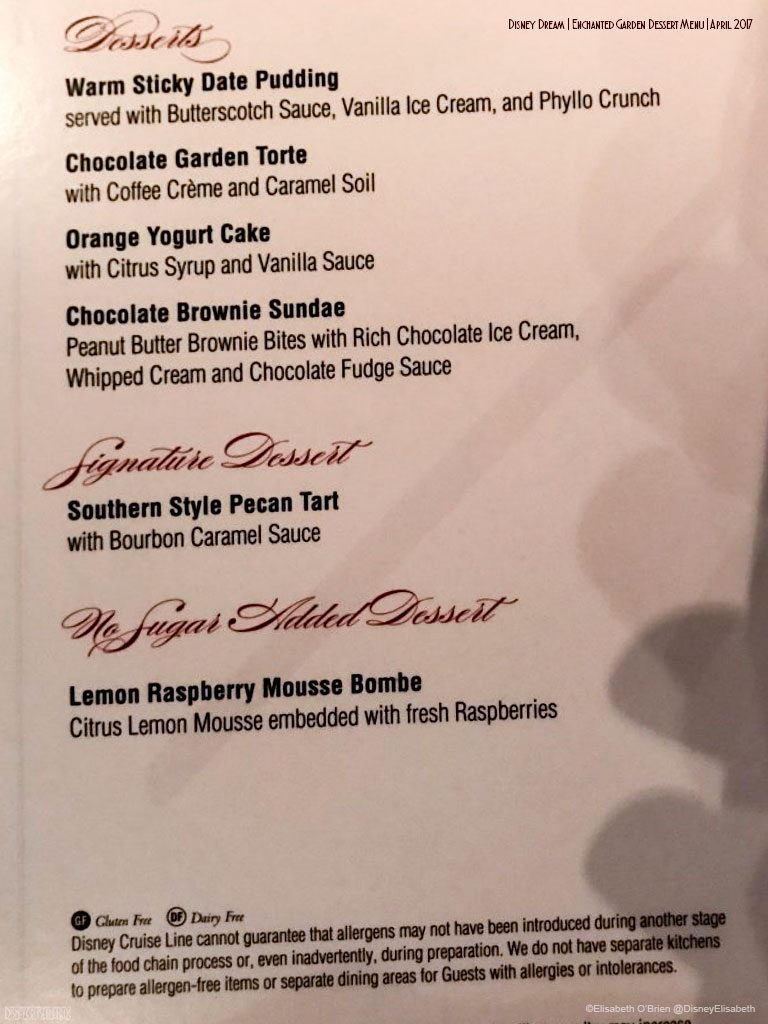 What do you think about the refreshed dessert menus with signature dessert options replacing the sweet temptations in each restaurant?

13 Replies to “Signature Dessert Menus Rollout on the Disney Dream”