Susan Egan’s website recently added four 2017 Disney Cruise Line performances to her appearance schedule. Egan, the original Belle of Broadway’ Beauty and the Beast & the voice of Megara from the 1997 Disney Animation classic Hercules is scheduled to perform in the Walt Disney Theaters on the following dates in 2017. 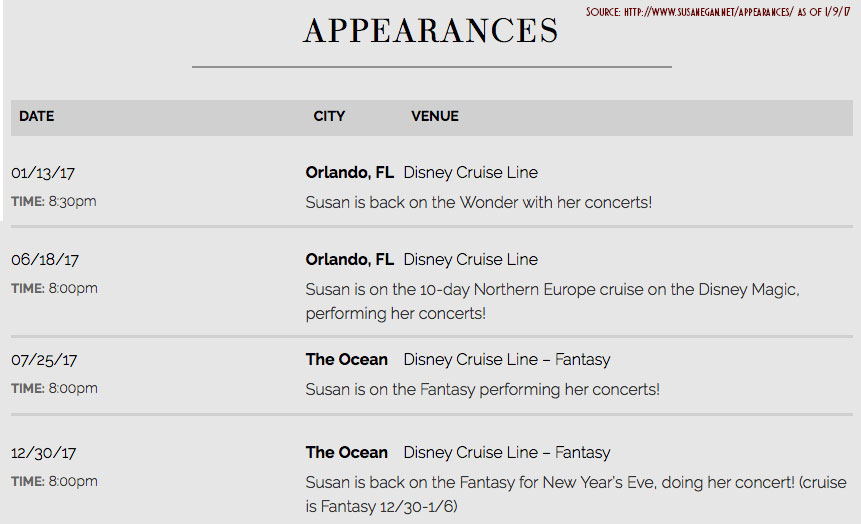 Based on the appearance schedule above which the dates were confirmed by Egan’s management company and last checked on 1/10/17, I attempted to compile a list of corresponding sailings. I could be wrong, see my disclaimer at the end.

Finally, here is my disclaimer… Please remember these are SCHEDULED dates from www.SusanEgan.net which could aways change. Egan’s appearance schedule on the sailings has NOT been made public by DCL. As a result, you should NOT book a cruise based on this information.