Disney Cruise Line replaced a scheduled stop in Guernsey with Portland (Stonehenge), England during the Disney Magic’s upcoming 12-night British Isles Cruise embarking from Dover on July 9, 2017. The scheduled guest ashore time for the Disney Magic is 7:30 AM with an all aboard time of 5:45 PM. DCL did not provide an explanation in the following email sent to passengers booked on the sailing for the itinerary alteration.

12/19/2016
Reservation #:—–
Dear PASSENGER
We look forward to sailing with you next year aboard the Disney Magic!

As you plan for your 12-night British Isles cruise, we want to let you know of a recent change in the scheduled itinerary for your sailing. Instead of visiting the island of Guernsey on July 11, 2017, we will now visit Portland in the United Kingdom. Portland is known for its many historic sites and provides access for tours to Stonehenge.

We are pleased to offer Portland during your sailing. Additional information on the port and a complete list of Port Adventures will be available on our website in early 2017. 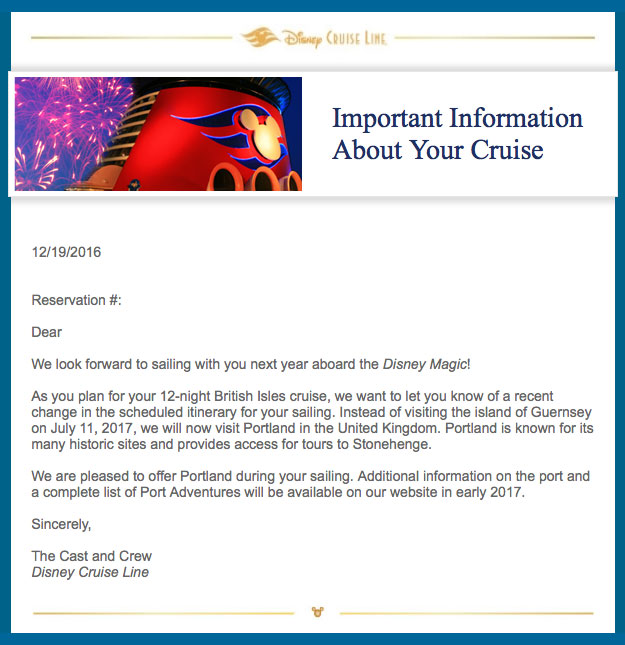 The revised itinerary is as follows. 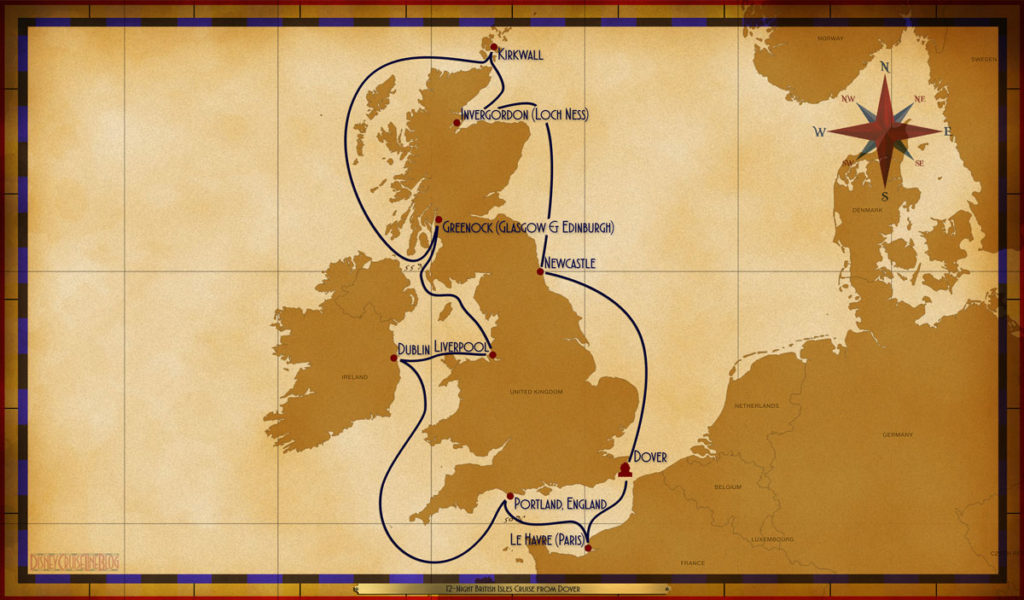 St. Peter Port (Guernsey) was part of the 2016 British Isles itinerary and with this recent change there are no additional port calls scheduled at this time. The Disney Magic will make her first call in Portland on May 23, 2017 during the 15-Night Eastbound Transatlantic from Port Canaveral.

I’d like to thank Melissa for sharing the email.