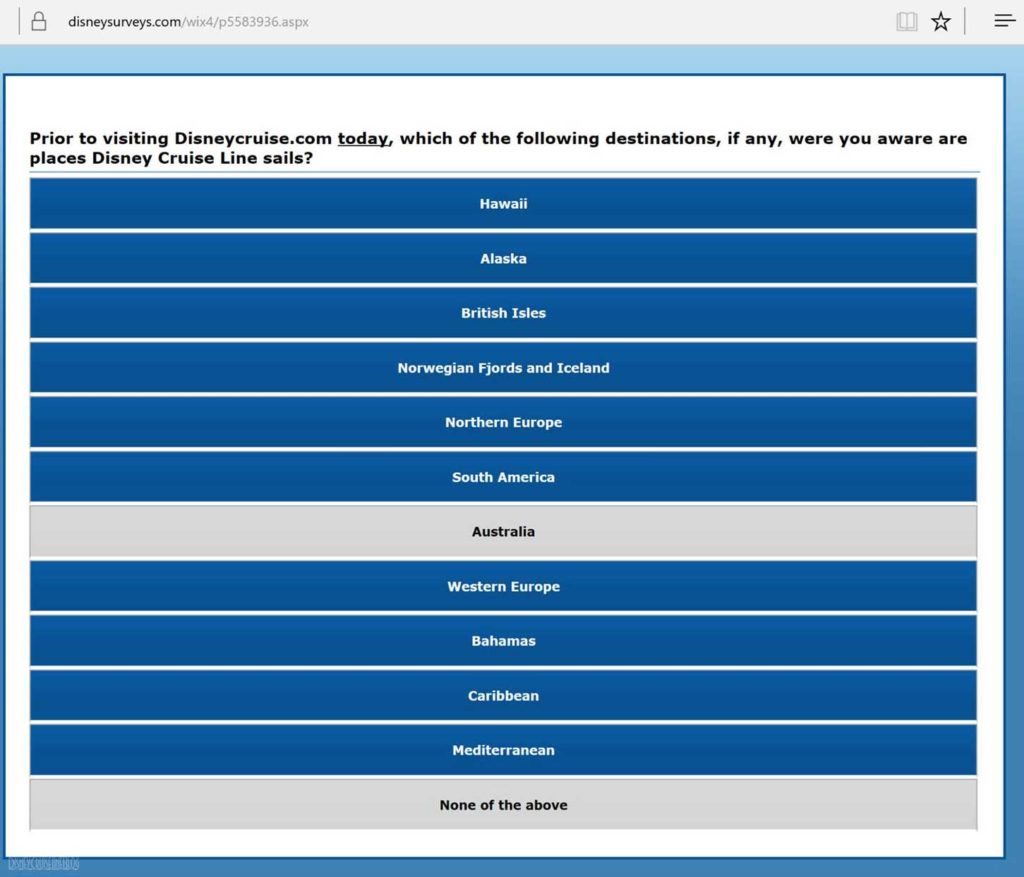 The survey which was kindly shared by Lori K also included a similar question to gauge interest in a Disney Cruise to the following destinations in different time frames. The time frames were more about how far into the future, not time of year, which often is a point of contention when DCL announced interesting itineraries that fall during the school year. 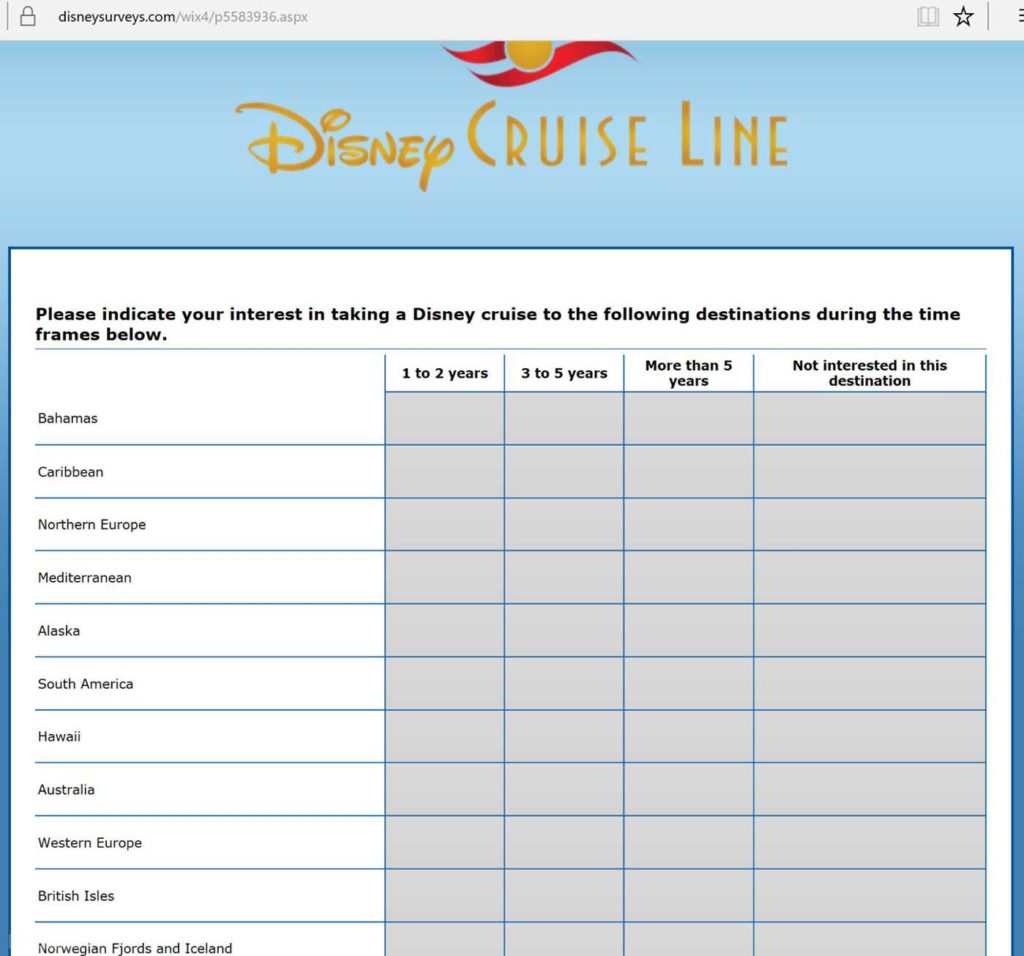 Time to put this into perspective, this is just a survey. However, in about 5+ years Disney’s fleet will be expanded giving DCL the opportunity to explore uncharted waters.

How would you respond to these survey questions?